This Euro is poor and boring

farfan wrote:I was a Conte believer since day one man .

i was calling out suckers for doubting him after the Belgium game .

Still , i didn't think the game would be that entertaining .

I can't say I wasn't surprised either but I was very happy with the way Italy started the game. Really showed their intentions from the moment the game began

This euro is poor and boring imo

Whoever made the tread is a fool

It's a pretty fine tournament, dunno what do you expect, obviously WC is better

football is general is getting more boring but this Euro is exciting . I like this format with more '' small '' teams.

Very good rant by Jonathan Wilson, formulating the main grievances I have with this Euro.

Jonathan Wilson wrote:he European Championship has at last woken up. With Germany against Slovakia and Italy against Spain, there have at last been two performances worthy of the stage. After two weeks, the tournament has finally begun. It’s almost as though 16 teams was the right size for the tournament all along.

“The group stage was a little bit strange, because Uefa did some stupid things with the system,” Lukas Podolski said. “You lose the first two games and you still have a chance to get through to the next round. So it is a bit confused but for us, it doesn’t matter. Now the tournament starts.”

Some perhaps would dismiss it as German arrogance but Podolski is right: the change to the format has led to a fortnight of largely unexciting, largely pointless football. International football has been struggling anyway for two to three decades to keep up with the club game: wilfully creating non-spectacles like this helps no one.

The competitive imbalance caused by the bloating of the tournament has led to poorer football. That’s been exacerbated by a structure that all but eliminated jeopardy for two rounds of games and meant, to take just three examples, Switzerland and Romania settling for a 1-1 draw, Slovakia playing for a 0-0 against England and Northern Ireland playing for a 1-0 defeat to Germany.

Greed and political expediency have ruined the early stages of what was once the best international tournament, reducing them to a glorified training ritual of not particularly good attack against reasonable defence. What’s left is a 16-team knockout with a two-week qualifying tournament tacked on the beginning – and that creates its own problems. Four groups of four worked because every game mattered but there was a chance for a side to get over a slip-up or a very tough draw. This structure goes overnight from not enough jeopardy to too much.

Actual football, creating a good tournament with good teams playing good football against each other, seems to be the last thing anybody considered.

Regarding the 'underdog' team argument made also in this thread

Jonathan Wilson wrote:
The counter-argument is the performances of Wales and Iceland, both in the quarter-finals on merit, the sort of underdog stories that enliven a tournament and refresh the spirit. Their successes, though, should not obscure just how bad much of the football in the first couple of weeks of the tournament was, how unambitious, how lacking in guile or invention or quality. And it is perhaps important not to assume that both are at Euro 2016 only because of the expansion to 24 teams.

Whenever complaints are raised about the bloating of the World Cup or the Euros, there comes a response that is both patronising to the smaller sides and seems to miss the point of what a tournament is: that it’s somehow healthy for everybody to get a go, that it’s important not to create a closed shop, that everybody has a right to be there. Perhaps we could have an egg-and-spoon race as well for those who nearly qualified. The result of such woolliness is mediocrity under the banner of inclusivity.

Everybody has a right to try to qualify and if they’re good enough they will (there is an issue with the way the seedings work which risks making failure self-perpetuating, but that’s a different issue).

Look at qualifying this time. Five sides finished having come third in their groups – Turkey and then, through the play-offs, Ireland, Hungary, Ukraine and Sweden. With all due respect to Ireland’s victory against an Italy side whose performance against Spain showed how little they’d cared in that final group game, would any of them really have been missed by anybody other than bar-owners and TV crews desperate for colourful fans anticking drunkenly? Hungary were well organised and smart enough to pick off a dismal Austria but their fundamental lack of quality was highlighted by the 4-0 defeat against a Belgium side that still looks more like a collection of individuals than a team.

Lose three more of the sides who qualified in second – Albania and Romania had the poorest records plus (trying to allow for the fact that certain sides having already qualified eased off) Russia – and that leaves 15 of the 16 sides who made it through the group (Hungary for Austria the only difference). In other words, the less fancied teams who have impressed would have qualified anyway. They have done well because they have been good sides for a couple of years; it’s not some miracle that struck just before the tournament itself.

On the topic of 'PTB'

Jonathan Wilson wrote:Pit two sides of differing abilities against each other and, inevitably, the weaker one defends. They should defend. It is their duty to defend. That’s how they can get the best possible result out of the game. That’s true at club level as well – although the variation in quality tends to be less defined. The difference at international level is that attacking structures are less well-defined.

Defences vary little. Most sides, once their initial press is done, settle back to a system with two banks of four. Sometimes there’s an extra player in one bank or other and sometimes there’s a player between the banks, but the principles do not differ radically from one team to another. Players coming from clubs to the national team can adapt relatively quickly.

Attacks vary a lot, in both shape and style. The mutual understanding that comes through constant drilling and practice day after day, week after week inevitably isn’t there at national level. Attacks are slower, less slick, less sophisticated, easier to defend against. The result is that, at international level, it’s easier to defend. A side that wants to frustrate an opponent can do so ore easily with a national side that with a cub side. That’s also why the countries that have prospered over the past decade or so tend to have a core from one or two clubs – Spain and Germany – or, like Chile, have a group of players who have played together in a coherent system for so long that they come to feel almost like a club side.

Antonio Conte, with a defensive base from Juventus, has been able to focus on counterattacking movement. He is notorious for the repeated drilling of set moves to be employed when appropriate. He’s even spoken of trying to reduce the number of options a player has in his mind, clarifying his thinking to speed up play. Joachim Löw did something similar when Germany were more of a pure counterattacking team in 2010. The effects are clear.

The problem is, you can only counterattack when teams attack you. Italy scored only 16 goals in 10 qualifiers despite being in a group with Malta and Azerbaijan. Their best performances have come against Belgium and Spain, teams who set up to be proactive. Roy Hodgson insisted England would be better when they had the chance to counter which is a reasonable belief but one that will never be tested: England haven’t faced a side in a competitive game who took the game to them since Switzerland in September 2014 and even that was only in the second half.

Semi final between Portugal and Wales

Two teams that are largely inept, both tactically and technically. Noone cares about them, whether they lose or win, either.

It's pretty sad, to be honest.

I guess I'll just throw in my 2 cents. I know the euros has been largely boring and uninspiring but my feels is that it is like this primarily because there's been no single player playing at a world class level, or a player beasting the tournament so far. All the big players have been awefully silent, having average games upon average games.

They've been largely mediocre to probably just above average, maybe aside griezeman.
The other reason I think, is that the group stage qualifying format hasn't helped at all, knowing that you could have 2 points and still qualify.
Largely disappointing stuff. Its not like I expected anything else but disappointed nontheless

Godon wrote:no single player playing at a world class level, or a player beasting the tournament so far. 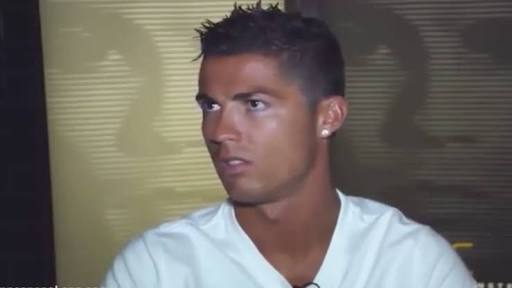 I know Ramsey is maybe not a "big name" player but he too has had an excellent tournament and was unlucky to miss the semi final.

Payet and Ramsey have been players of the tournament. Shame Ramsey had to miss the game today from some BS rules.

Well, I wonder what you must have thought of Turkey and South Korea back in 2002 or Brazil in 2014.

Brazil 2014 was even more boring than this Euro, imo.

Yeah that's nonsense lol. Was one of the best tournaments over the last 15 years.

Yeah that's nonsense lol. Was one of the best tournaments over the last 15 years.

Pretty much sums up what I think about this thread.

Copa America was leaps and bounds ahead of this one. I'm glad it's finally over.

Similar topics
» If Spain manage to win the euro 08, WC 10 and euro 12 where would they rank?
» Why are International games so boring ?
» this forum is boring...let me tell u why
» Is Argentina starting to get boring?
» Why are FIFA so boring and conservative?

Today at 8:18 pm by BarcaLearning

Today at 3:48 pm by BarcaLearning

Yesterday at 1:04 pm by halamadrid2

Yesterday at 5:50 am by BarcaLearning

Yesterday at 3:34 am by Hapless_Hans