Pjanic is recovered and is set to start at regista on saturday with Khedira and Asamoah.

@rincon wrote:Pjanic is recovered and is set to start at regista on saturday with Khedira and Asamoah.

Can't wait to see him. Unfortunately, Juve will play at 5 pm BST and United will play at 5:30 pm BST. But I will watch the first half of Juve and then I will switch to Man United.

However, I will use my computer to stream one of the games and the other will run at TV.

and people say he is doing bad

"I do not want the # 10 kit to be retired. It wouldn’t be right. When I was a child I dreamed of being able to wear it one day, and I would like others to do the same. There must plenty of little kids with the same dream I once had. " 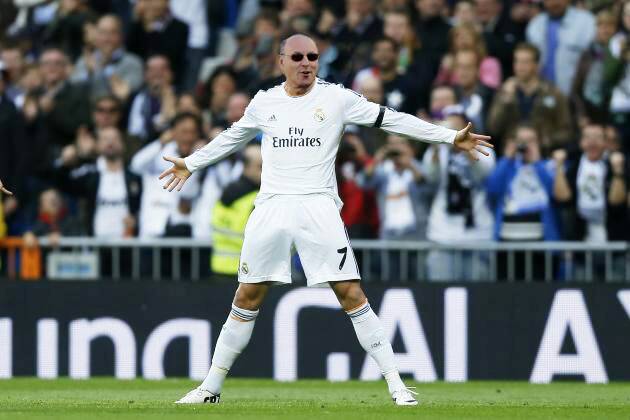 I love that even though he hasn't really found his place in the team yet his quality allows him to change key moments of the match. His set pieces and long passes are amazing. I liked his game last night, really effective.

This is the man. What a game last night. Bossed everything.

His passing, vision, and composure was so clearly above our other midfielders.

Absolutely.The only one in midfield that gave us time to breath.Calm and didn't make anything wrong.

Khedira and Matuidi* were constantly making wrong passes but they did make a good job in terms of workrate atleast.

It's clear we need another quality midfielder,hopefully is clear for our management as well.

Juve with Pjanic: 2.7 points per game on average, without Pjanic: 1.8 ppg on average

Mainly in other forums/reddit, I've seen it written that he's overrated

Juventus will not entertain any offers for Pjanic and the player hasn't expressed any desire to leave Juventus. The Bianconeri will reward Pjanic with a new contract. [Romeo Agresti]

Great news. We don't have to touch what's already working.Pjanic is the best midfielder we have and his performances will only get better if we bring more quality players to play along him.

We already secured Can and all we need now is SMS or someone of his level.

It is reported that Juventus will offer Miralem Pjanic a new improved contract to reflect his importance at the club.

The Bosnia-Herzegovina midfielder has been linked with a move to the likes of Real Madrid, Barcelona and Manchester City this summer.

However, Gazzetta dello Sport claims the Old Lady want to build their team for the seasons ahead around the 28-year-old.

As such, they are willing to increase his wages from his current €4.5m a year to €6m plus bonuses.

According to the Italian daily, Juve view Pjanic as an integral part of their plans. With Gigi Buffon gone and the advancing years of Andrea Barzagli, Giorgio Chiellini and Claudio Marchisio, the Serie A champions are in need of fresh on-field leadership.

As well as being an indespensible part of Max Allegri’s starting eleven, Juve also want Pjanic to provide assistance to young players and help instil the club’s winning mentality into new signings.

Pjanic, signed from Roma in 2016, has three years remaining on his current contract in Turin.

[Di Marzio]- Pjanic will extend his contract with Juventus until 2023. The midfielder will earn 6.5M/year

Locking down our best midfielder, by some distance, for an important period of time. Of course, with this sport he can be sold next summer anyways, but his extension was an obvious one

Good news. Some rumors made me nervous 2-3 weeks ago that he considers offers from City, Barca etc.

At the end of the day Juve is at the same level and, recently, Elkann decided to open the valves. Pjanic certainly wanted his part of the cake, the raise is well-deserved.

My recap of Pjanic at Juventus

A midfielder with undeniable qualities, whose style of play seemed to be a perfect fit for Juve in 2016. I remember the day we activate his clause, it was a pure steal, and to me it was continuity in excellence. Didn't exactly turn out that way, even if he was the lone shining star in midfield from 2016 to 2019.

Part of the blame goes to the player himself for not being always concentrated. When Pjanic has a bad game he is truly useless, more than others. Another part of the blame goes to the management for not surrounding him with great partners. They've been stubborn as hell with Khedira, basically scratched off Marchisio and the rest was simply not starter material. I prefer Pjanic in quick combinations high on the field over deep-lying playmaking, but Allegri had no other choice.

Revamp that midfield won't be an easy job now

It was time for a change. Allegri was right for wanting a small revolution and Pjanic being one of the players to be sold.

Great player but never hit that world-class level foe us, he never reached that Roma level for me.

"I do not want the # 10 kit to be retired. It wouldn’t be right. When I was a child I dreamed of being able to wear it one day, and I would like others to do the same. There must plenty of little kids with the same dream I once had. "

Page 3 of 3
Permissions in this forum:
You cannot reply to topics in this forum
Latest topics
» Political Correctness, LGBTQ, #meToo and other related topics