I don't think a thread has been made for this game, already, and I don't get the impression that it's a particularly popular game at all on this forum, but I think I decided that it needs it's own thread regardlessly!

The open beta is about to end, and I've had tons of fun playing it. It's a really addictive and intense, tactical FPS game, and the skill roof is a lot higher than what I had expected. During the first day of the beta, I could get away with rushing to the objective and killing most in my way with sporadic accuracy, but as the days progressed, I found myself dropping from "personal rank: silver IV" to "personal rank: bronze II", simply because the opponent teams co-operated better or had more individually clever players who knew how to use their knowledge of the maps, destructible walls/floors, and specialization tools to their advantage. I did experience a frustrating amount of server disconnect issues and minor technical issues, but I loved the game overall. For a next-gen game, the graphics is hardly impressive, and they've made a few tweaks since the early stages of the closed beta in order to make the game feel more realistic, like removing the ability to jump - which prevents people from attempting to jump over rigged wall- and window traps, among other things in the game. I missed the ability to jump at first, but it didn't take long before I got used to it. One thing that makes the game addictive and fun, in my opinion, is that the gap between good players and beginners is massive, regardless of their weapon handling abilities. It's just a very different game from most shooters.

Here's the last clip I've recorded from the open beta. The clutch in the first part of the clip is one of many examples of how EPIC this game can be.

there is an open beta?

There was. The full game will be out tomorrow.

Well, two are casual FPS' and the third is a tactical FPS that typically caters to a different audience. The Rainbow Six forums is littered with CoD fanboys raging about the game's slow pace, not being able to jump, and the frustratingly high recoil. Meanwhile, the tactical FPS vets are complaining that the recoil is far too low, that burst firing is pointless because of it, and that the game has too many casual elements. I don't think very many of the CoD or Battlefront kids will purchase Rainbow Six: Siege, so it probably won't suffer that much from being released around the same time.

-I hate to use the term "CoD fanboy", but I'm referring to self-proclaimed CoD fans who are unreasonably comparing the game's tactical gameplay, to CoDs more past-paced, straight forward, running and shooting.

I played some Black Ops 3 today, and up until 5 days ago I still enjoyed playing that game. Today, though.. I just couldn't help thinking that running around mindlessly and racking up kills is just kind of pointless. I've had no problems enjoying that type of game in the past, but as silly as it sounds, the Rainbow Six beta gave me a different perspective on FPS games. INB4 someone tells me that I haven't played ARMA or whatever.

Yea even in the trailers it looked like it requires a lot of skill and tactics. Specially since it's 99% objective based and K/D ratio matters none.

RealGunner wrote:Yea even in the trailers it looked like it requires a lot of skill and tactics. Specially since it's 99% objective based and K/D ratio matters none.

As much as I absolutely loved playing the game, I'm not sure if I'll get it yet. I could end up buying it tomorrow, out of impulse, but I had a TON of issues with disconnecting in the open beta. I've never had as much network issues in any other game, beta or otherwise. I really, really hope the final product will have stable servers. It would be really cool if we could put together a full GL team with each player covering different spec ops units and tactical jobs, but I don't suppose the game will ever earn that kind of popularity on here, considering even a super casual and mainstream game like, Battlefront hasn't managed to do so

KD ratio doesn't matter in any game IMO, won't stop people from obsessing over it though

Great Leader Sprucenuce wrote:KD ratio doesn't matter in any game IMO, won't stop people from obsessing over it though

Well, I may be alone in thinking like this, but I felt that winning games through successfully preventing the enemy team from advancing to the bomb was more gratifying than just getting kills. It was different during the "attack phase", though. Being able to single-handedly kill players on the defensive side felt so rewarding, since it's so easy to get killed in the game, and you spend a considerable amount of time sneaking around and making sure that you're not about to break into a trap-rigged window or whatever. S&D in most other FPS games is different, because you don't get the sense that it makes any difference whether you kill the whole enemy team, or sucessfully manage to disarm or arm the bomb.

Another thing I appreciated, was that when I failed to do my respective job as a bomb defender, I felt like more of a failure than I did when I just got killed right off the bat

I often choose the job where you place EMP electronic jamming devices on the entrances to the floor where the bomb is, in order to prevent bots from locating it. Failing to do so really sucked.

Didn't mean you in general Thimmy, just that i'm pretty damn sure most people who play it will still in the back of their mind care more about their kills and deaths than winning.

That's the attitude which CoD has breeded into people lol.

Great Leader Sprucenuce wrote:Didn't mean you in general Thimmy, just that i'm pretty damn sure most people who play it will still in the back of their mind care more about their kills and deaths than winning.

That's the attitude which CoD has breeded into people lol.

That's true, but I'm under the impression that the majority of CoD players didn't enjoy the game because they couldn't run and gun in it once people learnt how to play the game properly.. not to mention that most good players in Rainbow Six: Siege are "campers" lol.

I struggled to beat some guy camping behind a stationary machine gun in a corner behind the bomb for like, 3 matches, thanks to my CoD mentality of "I just need to outgun him". During the 4th match, I realized that based on his position, I could just go to the floor above him, blow upon a particular, weak spot in the floor, kill him from behind/above. In the video I posted in the OP, my whole team died because they attempted to storm the room where the bomb was. Considering I was last alive, I figured it was better to rappel down from the outside of the windows and get a better view of the room before picking them out one by one.


Doubt i'll play it though much.

RealGunner wrote:lmao my brother bought this for me saying "this game looked like the sort you'd enjoy"


Doubt i'll play it though much.

how come? Have you even tried it, yet? I was somehow under the impression that tou had moved on from "easy mode" games to more challenging ones, but i honestly have no idea what kind of games you like, it doesn't seem to be a specific type, so i can't blame your brother for mistaking your preference

It's not that. I dont have time for games anymore.

I still haven't even played battlefront properly. Only played like 2 modes out of 10.

After all the positive things he mentions about the game, as well as claiming that it will keep him occupied for a long time, he seems like a pretty cheap guy for concluding that it's not worth 60 bucks. I wonder if he ever played a game that he thought was worth paying the full price for. I do agree that it's become a negative trend for developers/publishers these days to be dicks and remove single player campaigns completely, though

DLC Ultra-HD Texture Pack now available for PC players.
The Ultra-HD texture pack will upgrade some of the most common textures in the game, such as characters, and weapons, to a new level of visual fidelity. This higher level of detail can be best appreciated while playing the game in 4K resolution, but it’s not limited to that.

The Rainbow Six Siege team put a lot of effort to try to deliver a solid and scalable experience to the PC community, so those of you running a 4 GB GPU will still be able to enjoy this texture pack from 1080p to 1440p resolutions.

Those of you with the high-end 6+ GB GPUs, you will be able to play the game in sharp 4K resolution, along with these Ultra-HD textures under standard lighting and shading options.
Last but not least, for those of you with the MEGA PCs with dual GPUs and with more than 6 GB of video ram, you will be able to run 4K, with the Ultra-HD textures, and with the highest settings of lighting, and shading which take advantage of tech like displacement mapping.

Note that this is a free DLC and you will have to download it from Steam and Uplay. We hope you enjoy playing the game with these new textures! 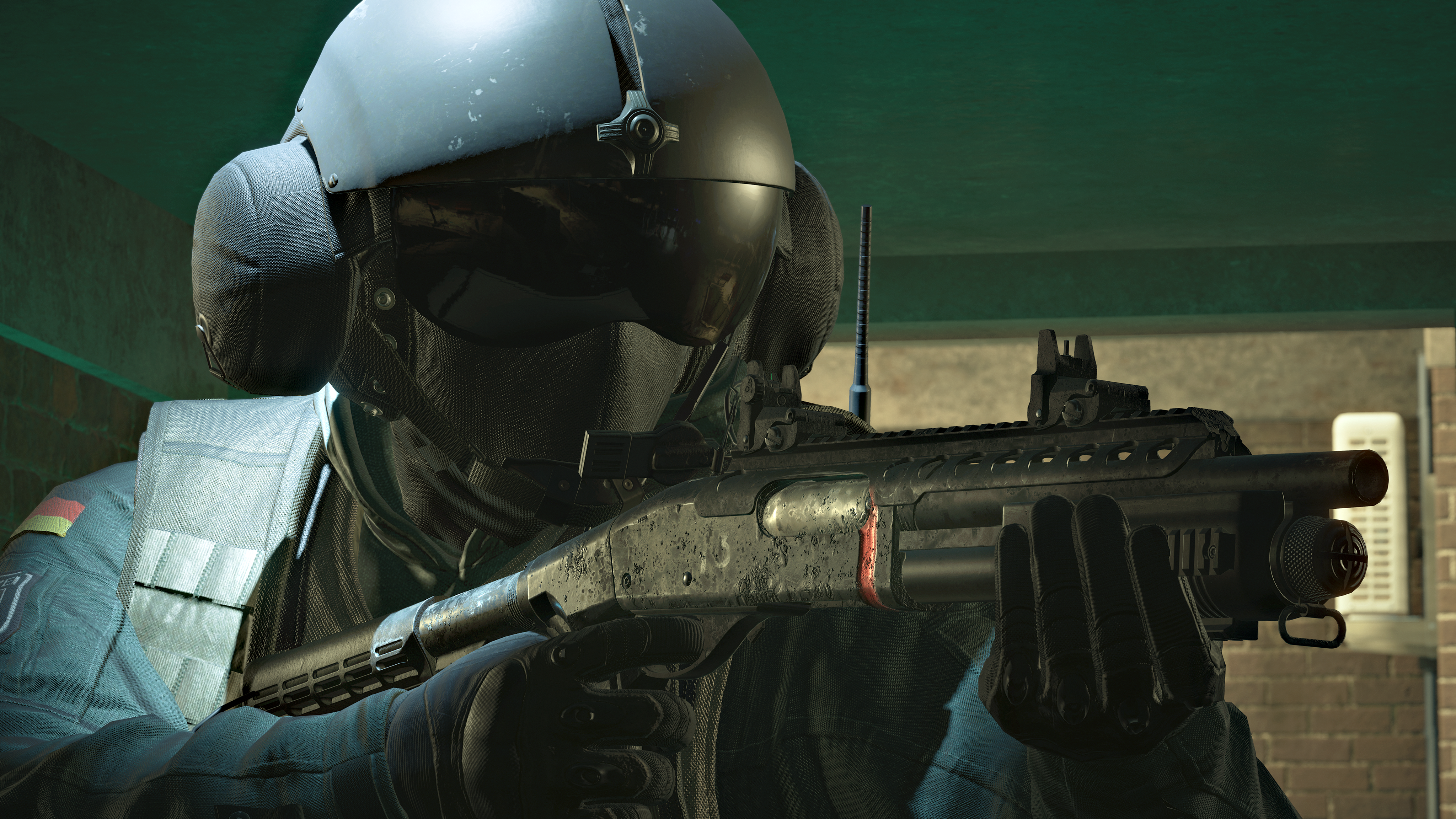 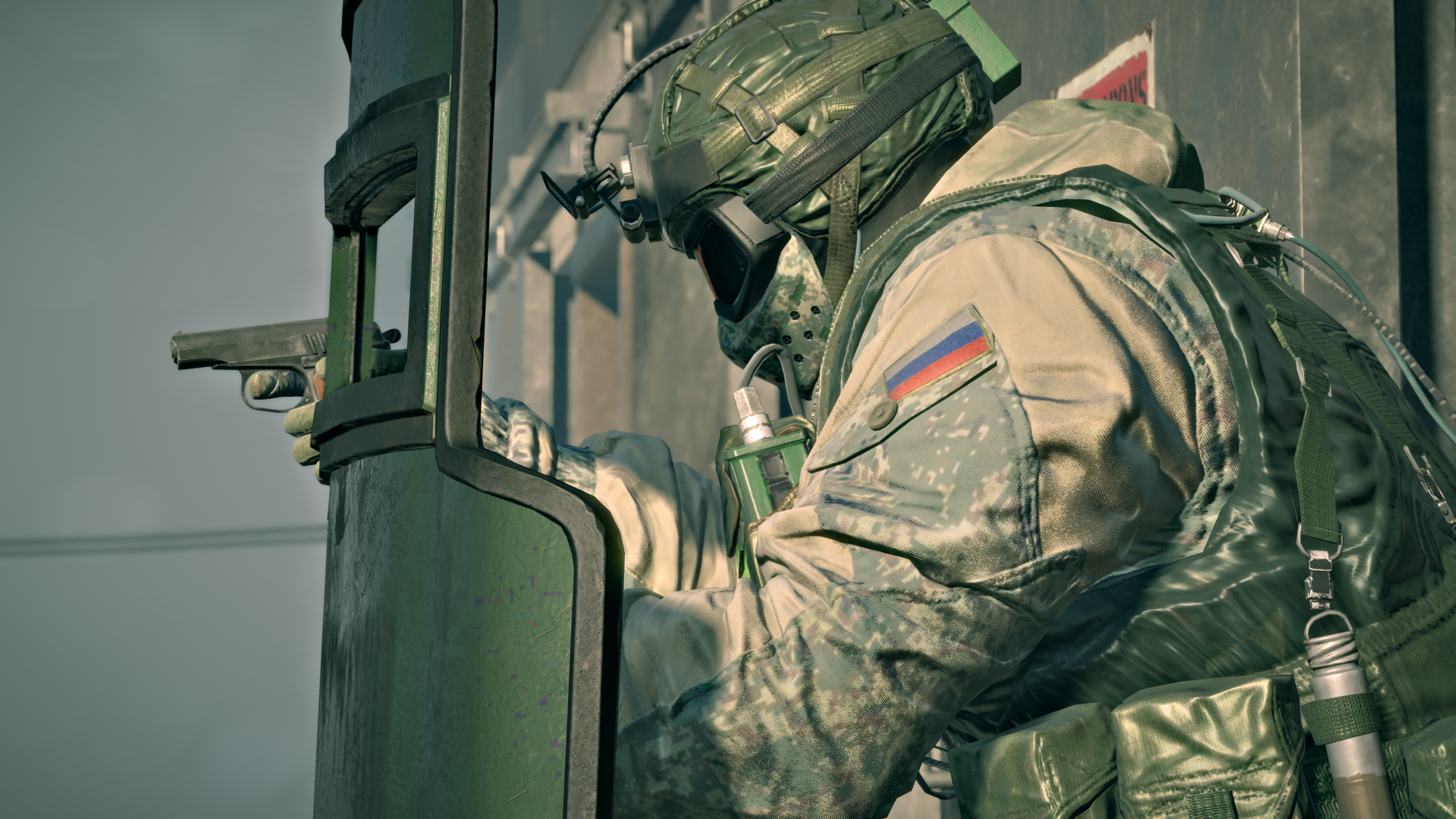