Oh, some obscure unproven talent is for sale in the 37th best league in the world? How does 30+ M sound?

Marchisio and Chiellini playing for the Italian champions and NT? How's 40M euros for the both of them?

We're not in Serie C2

We won't overpay handsomely for players and then sell our best ones on for less than somebody with a little bit of hype after playing 3 decent games in the Europa fkn league. 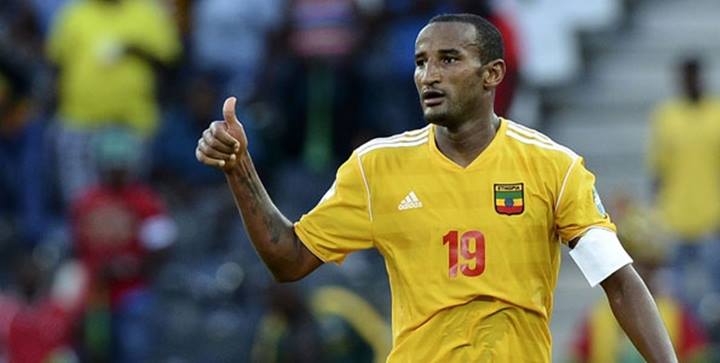 Lol true! He put a pic of him on INSTAAGRAAAM 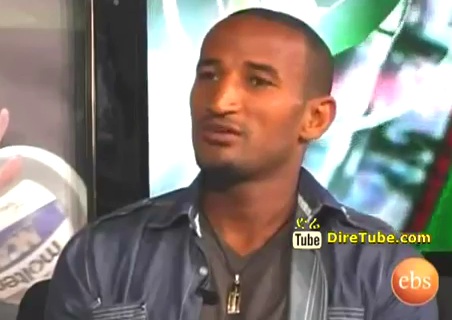 ahahah there is a black version of everyone?

The Bianconeri will go through to the Champions League knockouts as long as they avoid defeat away to Galatasaray, as the Turkish side lost 4-1 to 10-man Real Madrid tonight.

“The result in Madrid does favour us, even if there is regret we aren’t already qualified due to the points we dropped along the way,” Chiellini told Sky Sport Italia.

“Copenhagen clammed up very well and allowed us very little compared to the meeting in Denmark, when it really did look like a siege.

“We did well to win the game and that is the most important thing.”

Chiellini also revealed the worst challenge of the night was from teammate Fernando Llorente, who collided with him in the scramble that led to the equaliser.

“I felt a hand in my face and assumed it was a Copenhagen player, but then realised it was Fernando! He has to be more careful when he comes in to help defend, as he should watch out who he crashes into... Looking at the replays, I did get a shove from an opponent too, but I’ve still given more than my fair share of those!”

The veteran defender feels the Italian sides have struggled more than usual in the Champions League this season due to their UEFA co-efficient.

“We could’ve had a kinder draw, as could Milan, though we also made life difficult for ourselves with some slip-ups in the group.

“Napoli were fourth seeds and were paired with two incredibly strong teams like Arsenal and Borussia Dortmund, so now need a miracle to qualify.”

Giorgio Chiellini has admitted that Juventus’ 2-0 win over Bologna this evening was ‘difficult’.

“It was a difficult game today,” the defender told Sky Sport Italia after he scored a late header to seal the win.

“We started off really well – and showed from the off that we wanted to win.

“Bologna have the likes of Diamanti, so we knew they would be dangerous.

“We wanted to win at all costs, and we did.”

He got totally owned today yet again by Drogba.He's been plain horrible this season by his standards.

Giorgio Chiellini will make his 300th appearance for Juventus should he feature in the game against Roma at the start of the New Year.

The central defender, who was originally used as a left-back in Turin, has made 299 appearances for the Old Lady since making his debut in 2005.

Juve signed Chiellini from Livorno in 2004 for around €6m, but he spent the 2004-05 campaign at Fiorentina.

Chiello has been incredibly average so far this season and very hot and cold.

Hopefully he'll find some consistency after the new year and return to his all-conquering self.

Only defender to hand Ibra's ass to him on multiple occasions

Giorgio Chiellini joined the ‘300 club’ for Juventus earlier this season, and the defender has admitted his pride at reaching such a milestone.

Only 38 players had previously reached that number for the Bianconeri, and at a ceremony on Tuesday evening to mark the occasion, the Italy international revealed his best moments in the famous shirt.

“I’m immensely honoured and proud to officially be part of the club’s history and know that my name and shirt will forever remain alongside those of great champions,” he told the club’s official website.

“It’s an achievement that repays everything I’ve given to this team. I never would have thought of reaching such a figure when I arrived eight and a half years ago.

“However, this needs to represent a starting point for other personal and team targets. One was reached a couple of days ago in Cagliari and I hope that soon we’ll be able to write other important pages in the club’s history books.”

Chiellini, who joined the club from Fiorentina back in 2005, has experienced a whirlwind of highs and lows throughout the course of his 300 appearances - but had no doubts when asked to name his most memorable game yet.

“The victory over Cagliari in Trieste that won us our 30th Scudetto. When I joined Juventus I was immediately part of a winning team, without truly realising how much effort goes in to achieve such results.

“Then, with everything that happened in the years that followed and the difficulties we came up against, I became aware of how tough it is to achieve success. That title, won without losing a game, was an unbelievable feeling.

“The game to forget? One doesn’t spring to mind. Instead I’d probably say the second season we finished in seventh place. The first is something that can happen, two in a row absolutely not.”

The centre-back then outlined his ambitions for the years ahead.

“I want to win with my team-mates and lift further trophies. You need to dig deep to do so, but the taste of victory is wonderful. The first part of the season has been very positive, even though there’s the regret at our exit from the Champions League.

“Now we’ve got the Europa League to play for and the final’s in Turin. Getting there would be a small dream, to chase by working hard on a daily basis. I hope that this experience can help us continue our development and gain further awareness also on an international scale. Then there’s the league and Coppa Italia - all targets within our reach, but we need to keep doing what we’re doing.

“A personal target? Ending my career wearing the black and white stripes would be a nice achievement. I joined the club as a youngster, have become a man here and Juventus is a family to me.” 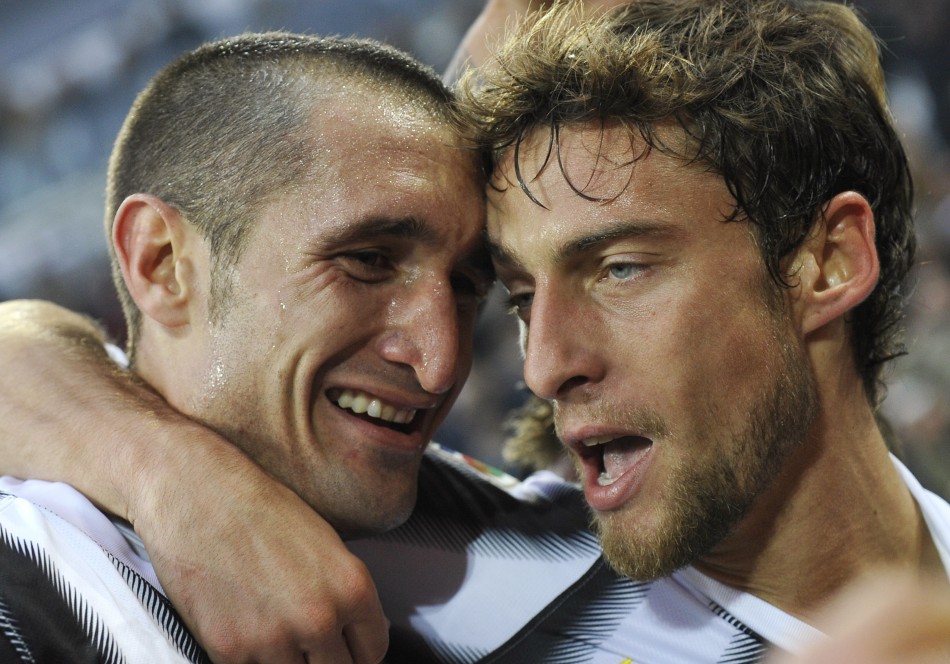 salamano bro calm down with the Marcihsio pictures its spam

Hahahahahhaha lol okay... its the only way yo express my love to him x)

Giorgio Chiellini is likely to renew his current contract with Juventus, if reports in the Italian Press are to be believed.

Tuttosport have revealed this evening that the Bianconeri hierarchy have been in contact with the defender, and expect a resolution soon.

The centre-back’s existing deal with the Old Lady expires in 2015, but the Turin outfit are keen to get his future sorted sooner rather than later.

It is suggested that negotiations will be straight forward, and an announcement on an extension will be confirmed before the end of the season.

At the launch of his new book on Gaetano Scirea, “C’è un angelo bianconero” (There’s a Bianconeri Angel), Giorgio Chiellini has spoken of the lasting effect the iconic former Juve defender has had on himself and Bianconeri everywhere.

Like Chiellini is now, Scirea was a pillar of a successful Juventus side, and his death at the age of just 36 in a car crash in Poland had a profound effect on everyone who knew him.

Speaking at Turin’s Mondadori bookshop, just one of the stores throughout Italy where the book will be on sale from tomorrow, Chiellini began: “I think Scirea’s influence is strongly felt at Juve by the players around me in the current side, and I wanted to tell of the feelings and emotions that he has left behind.

“I know his values have stayed with every Bianconeri fan, and I think that what’s more he also became respected throughout Italy as a whole. The thing that links us is a passion for our roles, but he’s unparalleled and will be remembered as an angel, as I’ve written in the book.”

From Juventus past to Juventus present, Chiellini continued with some words on the current side’s progress in the run up to crunch time at the end of this season.

“We know that we’ve emerged victorious from two very important matches against opponents whose strength we were wary of. We had luck on our side but we also played well, and I think we’ve made an important step towards the Scudetto. However, there’s still a long way to go.”

Next on his thoughts was Thursday’s Europa League last 16 first leg clash with Fiorentina, and he confirmed it’s a tournament he’s keen to win.

“We have belief, and we’ll go for right until the very end. I think everyone’s dream is for us to face Napoli in the final, because two Italian sides reaching that stage would be a point of pride for everyone.”

He concluded with a word on his future, stressing his absolute commitment to the black and white stripes.
“I hope to see out my career here, I really hope so. I think both parties want to continue this journey together.”

Page 3 of 4
Permissions in this forum:
You cannot reply to topics in this forum
Latest topics
» Cristiano Ronaldo is the GREATEST OF ALL TIME. Now Sit down and STFU