But there are 2 factors that makes the whole thing different from doing a sports event in Brazil and one in England/USA.England/USA are 1st world/developed countries, we aren't.For example,the difference in education and health services are brutal when we compare both countries, they can afford to delay some of these social duties when we can't, we should be doing things to make our infrastructure better asap.And the other factor is that making a WC anywhere else in the world wouldn't cost as much.The Garrincha stadium (which isn't even the main stadium in Brazil) alone cost 0.8 billion dollars while it normally should have cost about a third of that.

Art Morte wrote:Mm, well, it is a valid point.

But on the other hand you could make that "why spend money on a sports event" argument in almost any country. Even like the U.S. "Why would we be spending billions on some World Cup while having to take over $2bn of debt each day just to keep this country running?" Or England: "Why would we spend billions on a World Cup when our sanitation system is from the f***ing Victorian era?"

Also the connection between teachers' wages and the World Cup spending isn't direct. I doubt the teachers would really be better off if Brazil didn't have the WC.

Also at some point you should just go "look, football is the number one sport in our country, so if we have the opportunity to host the World Cup here for the first time in 64 years, let's take it and try and have some fun".

Obviously you should first spend on essentials, but that doesn't mean that recreational spending should be ignored.

you probably have no idea about life outside UK/USA. your logic/examples are just terrible ....... 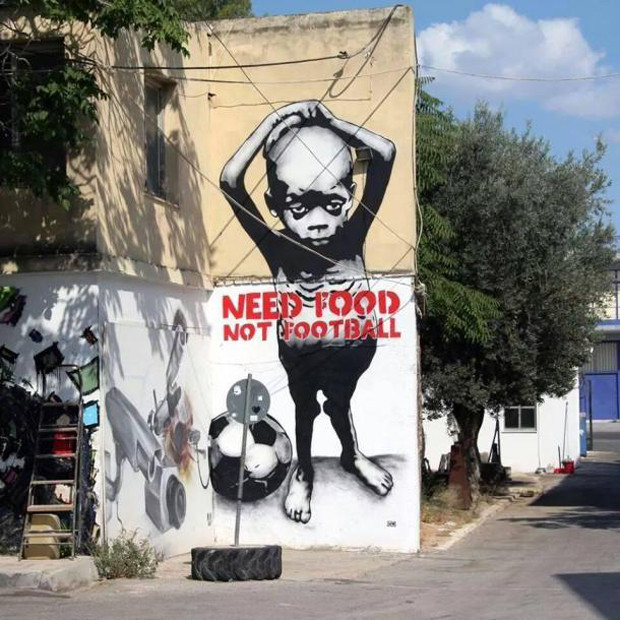 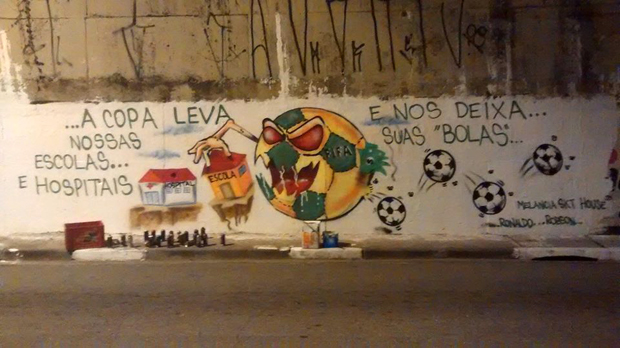 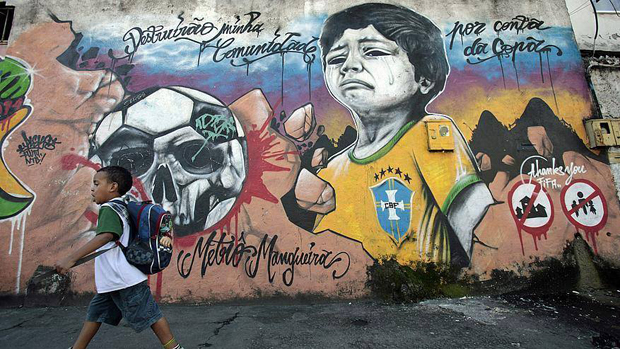 Police have fired teargas and flash grenades at anti-World Cup protesters trying to block part of the main highway leading to São Paulo's stadium hours before it is due to host the opening match of the tournament, injuring two CNN journalists in the process.

Amid a heavy security presence in the city, with military helicopters hovering overhead, police also used rubber truncheons to disperse about 100 demonstrators that tried to block the Radial Leste highway, about 11km from the Arena Corinthians.

CNN's Brazil bureau chief Shasta Darlington suffered a minor cut on her arm and producer Barbara Arvanitidis incurred a wrist injury after the pair were struck by a teargas cannister, CNN reported. Arvantidis's colleague Alex Thomas, posted a photograph online of her slumped against a wall.

Another picture showed a protester apparently being pepper sprayed while being held round the neck by a policeman. There were also reports that a German TV producer had been hit on the arm by a rubber bullet. A military police spokesman told Reuters at least five people had been injured. At least one person was reported to have been arrested.

The protesters had said they planned to march as close as possible to the stadium, where Brazil are due to play Croatia at 5pm (9pm BST), but police forcefully broke up the demonstrators before they could start However, they regrouped about two hours later and clashed with police again three blocks away, hurling rocks and setting fire to trash.

Many Brazilians are furious over the $11.3 billion (£6.7bn) spent on hosting the World Cup when basic social services are poorly financed. Last year saw a wave of demonstrations that sent a million people into the streets on a single night.

^ Unfortunate, but hardly a surprise.

Anyway, with the start of the world's greatest sports event less than two hours away, let's concentrate on the positives for now!

The World Cup about to kick-off in Brasil

The biggest mistake in football is Sepp Blatter. Enough said.

It's intheresting that he has indicated he might be looking for yet another term, yet several football people have said they'd like a change, the latest and biggest of them all UEFA's head, Platini, who said he won't support Sepp any longer. We'll see what happens.

The repurcussions of this tournament will be very hard for Brazil to recover to be honest.The amount of funds wasted away for stadiums and debts accumilated its the local people who will bear the impacts of these debts in the long run.

Delhi is still struggling from the debt of the Common wealth games the city conducted in 2010.

Art Morte wrote:It's intheresting that he has indicated he might be looking for yet another term, yet several football people have said they'd like a change, the latest and biggest of them all UEFA's head, Platini, who said he won't support Sepp any longer. We'll see what happens.

Platini would be worse than Blatter, and he's the one supposed to replace him. His son works for Qatar and he was the one that brokered the PSG sale. Blatter actually voted for Brazil 2022, whereas Platini voted for Qatar.

Not that I'm defending Blatter at all, I just think Platini is worse.

I read that out of 55 infrastructure projects that were promised only 5 have been completed. I would be super pissed if I were Brazilian as well.

We love you Brazil, and we're with you.
Good to see you have your priorities right. Life > Football.
Keep fighting the good fight.

Page 3 of 3
Permissions in this forum:
You cannot reply to topics in this forum
Latest topics
» Cristiano Ronaldo is the GREATEST OF ALL TIME. Now Sit down and STFU

Today at 7:18 pm by BarcaLearning

Today at 2:48 pm by BarcaLearning

Yesterday at 4:50 am by BarcaLearning

Yesterday at 2:34 am by Hapless_Hans