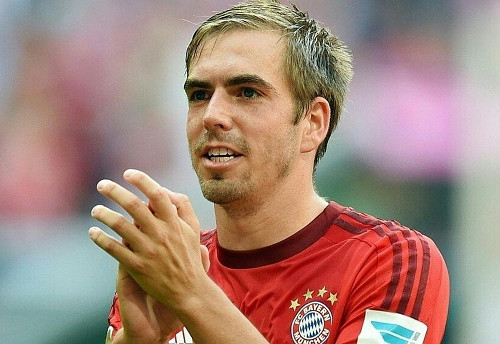 
Other threads that pertain to Philipp Lahm: 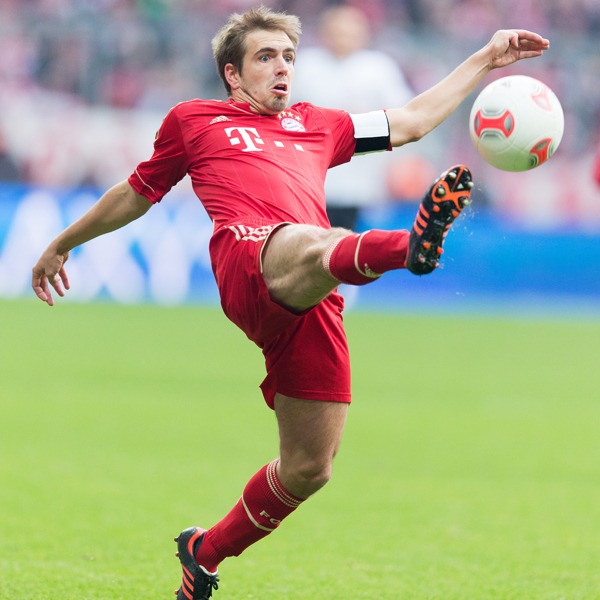 Lahm: We want the double

Philipp Lahm is a one-club man. For 16 years the reliable full-back has been plying his trade with Bayern Munich, save for a couple of seasons on loan at Stuttgart between 2003 and 2005, and has firmly established himself as one of the finest defenders in the world game.

The Germany captain has already celebrated a number of major successes with his hometown club, including three domestic doubles consisting. In 2010, he was an integral part of the Bayern side which reached the UEFA Champions League final, where they were ultimately beaten by Jose Mourinho's all-conquering Inter Milan.

However, a trophyless 2010/11 campaign has left Germany's most successful club even hungrier for titles next term, as Lahm told FIFA.com in the second part of an exclusive interview. The 27-year-old also spoke about newly-appointed Bayern coach Jupp Heynckes,his favourite position and his social engagements in Africa and Germany.

FIFA.com: Philipp, you've been with Bayern since 1995. What is the main reason behind your loyalty to the club?
Philipp Lahm: I'm very happy in Munich, that's why I extended my contract for a further five years [until June 2016]. I've got a good future here, both domestically and internationally, so for me no other club comes close.

Jupp Heynckes is set to take over the reins at Bayern after the summer break. What are you expecting from the new man in charge?
I'm looking forward to working with Jupp Heynckes. He's an experienced coach who knows how to balance defence and attack, which is important because we conceded too many goals last season. We need to improve our attitude defensively. We've got so much quality in attack that we can always score goals, but they don't say 'Defences win championships' for nothing. That's the mission for Jupp Heynckes and I have no doubts he'll get the job done

Bayern have already brought in three new faces for the new season in Manuel Neuer, Rafinha and Nils Petersen. Are you expecting further reinforcements before the end of the summer?
There's no question that we need to strengthen the squad, that much is obvious. As a top club we need to keep on developing and bringing in new players. You see it at other top clubs, and Bayern will be no different this year.

What are your targets for 2011/12 following a season without any trophies?
With the quality we have in our squad, the goal is always to win the double and to get beyond the last 16 of the Champions League. The problem this year was that we had trouble finding our rhythm after the World Cup because a lot of the players were involved with their national teams and didn't get much holiday. It wasn't easy.

Nonetheless you managed to remain an ever-present in the Bayern defence throughout another marathon season. How do you stay so fit?
I struggled at the start of the season, both physically and mentally. To play that many games, you have to stay free of injuries and take care of your body. You also need plenty of sleep, and I get more of that than most players [laughs].

You've long been considered one of the best left-backs in the world, yet suddenly you switched to the right at the start of last season. Where do you see your future?
I can perform at my best on either side. I said back then that I'm better on the right because I cope better defensively. Some people have said that I'm more spectacular on the left, but spectacular doesn't necessarily mean better. I don't mind where I play, but it is important to me to play in the same position throughout the season. I wouldn't want to be switching back and forth all the time.

As captain of Bayern you're constantly in the media spotlight. How do you deal with it?
You have to think about how much of your life you want to share with the public. I've always maintained my private sphere and I always will, but fans do have the right to know what we players get up to away from the pitch. I think I've found a good mix. You need to have a good rapport with the fans because they play an important role for both the club and the national team.

You've also taken on further responsibilities away from the pitch by involving yourself in various social projects. Tell us a little about the Philipp Lahm Summer Camps and the Philipp Lahm Foundation.
In 2007, I was in South Africa to get to know the country and the continent. While I was there I saw a lot of pain and suffering, so I decided to start my own foundation to help out. I wanted to share a bit of my good fortune with the people there, although my biggest project is here in Germany. The summer camps in Munich and Berlin are aimed at children and young people. We try to contribute so that these kids can look forward to a brighter future through football and education.

Lahm is a daddy now

Congrat Lahm, the best fullback in the universe...

According to the kicker ranking, Philipp Lahm is again the best German full back (for the sixth time in a row the Nr.1 player in the "international class" ranking of the list "Außenbahn defensiv" that sums up LB, RB and FB).

Philipp Lahm suffered a broken ankle joint in training and needs surgery. He will be out for an estimated 10-12 weeks.

First Alaba three months, now Lahm. This is a nightmare.

I thought our injuries are bad, but you guys get long term ones. They're not even muscle injuries where you can just blame fatigue and adjust training/rotate more. This is just terrible luck. When was the last time Lahm was even out for so long?

That's the thing, Lahm last severe injury was an ACL tear 10 (!) years ago. Since then, practically nothing.

The guy reliably played every minute of every game for many years, up to the point you took him for granted.

Problem right now is that just the other week Alaba got injured severely, and they both are the players that made our game tick to a large degree.. add to that no Martinez, Schewinsteiger (barely starting to train again), the Thiago catastrophy, our midfield is utterly depleted.

That being said, we have Rode, we have Höjbjerg (the kid wanted to leave on loan in winter to get match practise, wonder whether he will allowed to do that now), Alonso of course, and I won't mind seeing 17 year old Gaudino get some more minutes after his brilliant one time debut.
They will keep us afloeat in the league I think, also thank god we're already qualified as group winners in the CL.
At the very top level however, these are serious losses, they'll barely be back when the going gets tough.

In my opinion, we had just started to become better than at anytime before, better than under Jupp, better than anything I can remember; but now Alaba and Lahm missing I'm afraid will noticably dent our performances for quite a while.

You'll get everyone back by the knockout phase in the CL I think, and you have very good depth that you should be fine in the league, but I get it, it's very hard to go into top gear suddenly again even when everyone's back. It needs to be built up.

well, yes we'll be alright. It's just that I was hoping, and it was looking like, we'd be way more than alright this season.
But Alaba and Lahm are hard to compensate, it's a clear loss in quality.

You're on course to doing the domestic double, and are still strong favourites for the Champions League. I reckon that's more than alright

All that counts is not losing again to Madrid lol, so that's what I'm primarily worried about.

Beating them with Hojbjerg and co. would be so much sweeter, no? After all Dortmund nearly did it

Moving Lahm to midfield makes him replacable, though. There he can be replaced by Xabi, Schweinsteiger etc, it's as a fullback where he really wasn't replacable.

@VivaStPauli wrote:Moving Lahm to midfield makes him replacable, though. There he can be replaced by Xabi, Schweinsteiger etc, it's as a fullback where he really wasn't replacable.

well, in a way Pep did away with that kind of fullback position anyway. Both Lahm and Alaba played midfield-fullback hybrids, Alaba even more so, that's why for me he is maybe even less replaceable than Lahm at the moment.

I think Rode can step in and do a good job, tbh.

Rode to put in a masterclass vs Real Madrid

Btw, is it true Neuer is injured as well?

Neuer and Boateng both left the NT camp with knee respectively muscular problems, Müller got a 'horse kiss' ("thigh knock"?) in the Spain match, they're all in question for the next match though probably nothing longer.

I think Neuer should at least play, he better lol, because both Starke and Reina are injured so we'd either have to field our second team goalie kid Zingerle who has no league experience whatsoever, or Mainz pensioner Müller who trained with us as an 'intern' the last weeks due to our two substitute keepers being out.

So you could potentially have all first team goalkeepers out, now that is incredible

Standing next to the half-way line is not so hard anyway, I'm sure someone will be able to fill in, if Neuer doesn't make it

Nah, he makes it LOOK easy, doesn't mean it is.. it's all about the projection of power...

Indeed there was this 'statistic' last season that we'd have won the league just the same without a goalkeeper, as our winning goal margins always (or most often, I don't know) exceeded the number of saves made by Neuer lol.
That is obviously a complete fallacy though, as you'd reckon our opponents would have reacted to the fact we have no goalkeeper by shooting on goal more often

I just read that Manuel Neuer is fine again, so no worries there.

According to multiple reports in German media, it is now certain that Philipp Lahm will retire at the end of this season, one year before his contract ends 2018.

He is said to have told the Bayern board about his decision, and he also reportedly will not start as DoF at Bayern.

According to Sky germany, he's waiting until Rummenigge steps down as CEO in 2019 in order to take over as Bayern boss. LOL.

Yesterday at 10:06 pm by Hapless_Hans

Yesterday at 9:25 pm by VivaStPauli

Yesterday at 8:51 pm by Myesyats

Yesterday at 2:11 pm by Thimmy

Yesterday at 11:00 am by The Franchise