Making the thread nice and early to avoid 3 different threads being used to discuss the match. Discuss 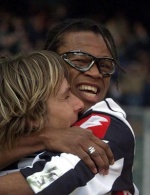 Oddo to honor Milan and defeat Juventus on his own

Cuadrado is very fast and skillful player and surely that De Ceglie has though work tonight.

Juventus have a tough task and look to Mirko Vucinic against his former club, as Serse Cosmi’s desperate Lecce come to Turin ready to cause an upset.

The Bianconeri are still unbeaten this season, setting an all-time Serie A record, and with a three-point lead at the top of the table are close to the Scudetto celebrations.

Simone Pepe is the only absentee, as Alessandro Matri returns from suspension, but only gets a place on the bench.

Instead Fabio Quagliarella is picked to partner ex-Lecce star Vucinic, who started his Serie A career with the Salentini.

Antonio Conte has opted for a three-man defence with Stephan Lichtsteiner and Paolo De Ceglie in more advanced roles.

Lecce are only one point adrift of the safety zone, but have slowed down their remarkable ascent recently and Cosmi hopes this atmosphere can shake up the squad.

He also welcomes back Juan Cuadrado from suspension, but Andrea Esposito is banned with Massimo Oddo, Daniele Corvia and Julio Sergio injured.

lmfao buffon he does that all the time! I HATE IT!

hope he can play next game

Man o man, is there a limit to Pirlo's genius? Cool finish by Marchisio! 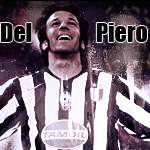 anyone see caceres going over the barrier to cross the ball?
something deceglie didnt do on the same play earlier

Ariaudo scored against Genoa according to my stream

My god Juventus plays so well its unbelievable. Actually it just means that WE ARE BACK BABY!!!

pirlo and vidal look tired.. marchisio is having a great game, getting back to top form

Many people here doubted Caceras signing - apparently not what Juve needed this season..
Hes played RW/RB, CB so far
today hes playing LB/LWB and so far has looked better than PDC there

IMO - Caceras should be Juves FIRST singing of the summer.

Page 1 of 4
Permissions in this forum:
You cannot reply to topics in this forum
Latest topics
» Political Correctness, LGBTQ, #meToo and other related topics

Yesterday at 9:21 pm by Warrior

Yesterday at 6:01 pm by BarcaLearning