Barcelona have won the race to sign Udinese winger Alexis Sanchez, according to reports out of Spain, after the Catalan giants outbid Manchester United and City.

Sanchez is expected to fly to the Nou Camp this week to complete the deal, understood to be worth £32 million, before returning to South America to join his Chilean team-mates for the start of the Copa America.

The 22-year-old joined Udinese for £1.7 million in 2006 before being loaned out to Argentinean club River Plate the following year. However, 2010-11 was a watershed season for Sanchez, as he netted 12 goals and pushed the Serie A club into next season's Champions League.

Delegates from both Manchester clubs met with Udinese representative Gino Pozzo last week, while Inter Milan and Juventus have also previously met with Pozzo. But Barcelona are believed to have trumped their competitors by offering £25 million up front along with a further £7 million as a performance-based incentive.

City were previously thought to be in the box seat to sign the Chilean, but in a curious announcement, Sanchez's agent Fernando Felicevich used Twitter to say "Everything's gone fine until now, said the pig with the apple in his mouth", when describing the Barcelona talks. Felicevich made a similar cryptic post when another of his clients, Gary Medel, signed for Sevilla last season.

The news will come as a blow to the Premier League clubs, particularly City after Roberto Mancini said that Sanchez would be his primary summer transfer target. United, meanwhile, are expected to continue their hunt for Aston Villa winger Ashley Young.


-gilding the lilly, no?

If this is true, however, it means that's the Fabregas saga's wrapped up for another year.

Unless Barcelona expect to land him for £8 million

i dont think so, apparently they turned down a offer from man city for 30m sterline

First: its 28M Euro CASH + 10M as variables depending on Sanchez performance & Barca winning trophies in the next 4 years.. 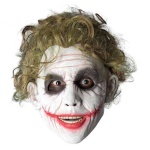 So who else they buying then?

as well as Henrique, Keiresson, maxwell milito and other baggage that may be sold to add to the overall transfer budget.


Be afraid Arsenal, be VERY afraid.

Lionel Messi wrote:as well as Henrique, Keiresson, maxwell milito and other baggage that may be sold to add to the overall transfer budget.


Be afraid Arsenal, be VERY afraid.

go ahead and take fab and send thiago our way

we'll even throw in pandev to sweeten the deal

Very scary none the less Sanchez is pure quality


Income: 31M if Bojan was selled we can have up to 41M from selling players!

use them to decrease the dept!

As I said, Pozzo has no interest in doing well in the Champions League. That's why teams like Udinese should not take 4th place. Roma, Lazio, Juventus or Fiorentina would be better in the CL.

+ 10M variables, depending on how he performs, Barca winning trophies etc in the next 4 years...

This is what Spanish/Italian etc sources are saying!!

I hope that the 30M is well invested, wouldnt want to dissapoint us, do you?

The guy looks good but can he get into Barca's starting 11? Is he not similar to Affelay?

I wouldn't consider this a done deal yet, although Soccernet is a decent source.

I'm hoping that Sanchez will join Barcelona, they are the best team in the world right now and I don't mind if they get only stronger. Better if they sign these players instead of English teams (bar Liverpool of course).

Guess he'll have fun sitting between Mascherano and Afellay.

Does this mean they arent going to sign Rossi?

BeautifulGame wrote:Does this mean they arent going to sign Rossi?

In a nutshell, yes in all probability.

This guy is not exactly a tiki-taka type of player but his skills and style will surely give Barca an extra dimension. I think he will fit perfectly in Barca's system if give the freedom to room around all over the pitch.

The way he was toying with Portugals LB was funny to say the least.
BTW did RM atally sign that LB? Just a waste of money imo.

Page 1 of 4
Permissions in this forum:
You cannot reply to topics in this forum
Latest topics
» Champions League 2022/23 | Group H

Yesterday at 21:00 by Robespierre