U ready to be deceived and to suffer?

He is waiting to know his opponents: 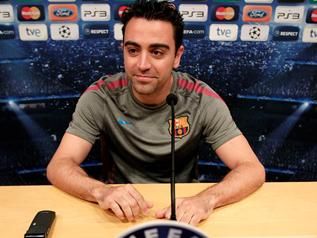 Hoping for the group of Debt:

Hosts Poland and Ukraine are the top seeds, along with reigning champions Spain and the Netherlands. Poland will automatically be placed in Group A, while Ukraine will be in Group D.

The other 14 qualifiers have been placed in the pots below:

UEFA has confirmed: "The draw will start with Pot 1 in order to fill position one in Groups B and C. The draw will continue with Pot 4, from which a team will be allocated to each group consecutively, from Group A to Group D. This procedure will then be repeated for Pot 3 and finally for Pot 2. The position of each team within its group (2, 3 or 4) will also be determined during the draw."

* Germany hold the record for most tournament wins (3, includes wins as West Germany).

* Germany have also appeared in the most tournaments (10, including five as West Germany).

* England have played in the most tournaments without managing to win (seven).

* Scotland are the only other side from the UK & Ireland to have played in more than one tournament (1992 and 1996), while the Republic of Ireland competed in 1988.

* Greece are the only side to have won the tournament with a foreign coach (with Germany's Otto Rehhagel in 2004).

* England have failed to make it out of the group stages in four of the last six tournaments in which they have participated.

* The Netherlands have the highest win percentage in European Championship matches (53%) but have won the tournament only once (1988).

I ve created thread earlier. U deceived me rg

All I want for Christmas is Poland and Denmark in one group.....

I want to face Portugal so bad, I want to show all these fans how wrong they are


OK, so from an Irish respective this is what I want.

From POT 1: Obviously either Poland or Ukraine. We really need to be with one of these to have a good chance of progression.

From POT 2: Want England or Italy but the main thing is to avoid Germany.

POT 3: Greece is the obvious choice, if not Greece then Sweden would be second choice.

How much more time left for the draw ?

Portugal was deceived in 2004 by Greece
:king:

That'll be the final.

That'll be the final.

Sepi wrote:All I want for Christmas is Poland and Denmark in one group.....

Your gonna be in Poland? If things go well at work I will be there for the whole thing!

It's not a UEFA draw without several minutes of pointless ceremony and presentations.

Holy crap who is she, I'd destroy her!

They're now introducing some previous winners of the tournament.

Page 1 of 13
Permissions in this forum:
You cannot reply to topics in this forum
Latest topics
» 2022/2023 Premier League Discussion