lich has some problems in his leg

hope is not bad...caceres might start next week if it is....

but i think we'll have a hard competition for his signature if he keeps up this form...

I love when players shut me up...Matri did it today.

he scored when i was about to criticize him....

14:15 - Juventus home game room. While the leaders are drawing up the final steps of the winter session of the market, the team of Earl retired to Parma where he is tonight - snow permitting - is expected by the difficult challenge against the yellow and blue of Giovinco.
Bianconeri without Vucinic with some tired players. The technician should repeat the Salento 3-5-2 used against Udinese on Saturday evening, with some new graft. Pending the arrival on transfer of Caceres, the defense will remain unchanged, with Barzagli, Chiellini and Bonucci, in front of Buffon. Likely to turn to for the rest squeezed Stephan Lichsteiner, which would be replaced by the falling Simone Pepe. To the left of Estigarribia De Ceglie is favored for the role of thinning of the left, the trio comes together in the middle of the holder, Vidal-Pirlo-Marchisio. Great uncertainty ahead, where the couple Matri-Quagliarella is ahead on that Del Piero-Borriello.

The Parma should instead take the field with Pavarini in goal; Zaccardo Paletta and Lucarelli in defense; Valiani, Morrone, Galloppa and Gobbi in midfield, so the dangerous offensive trio composed of Biabiany, Rocchi and Giovinco.

PDC as LWST ? I am in favor for that

So Caceres isn't going to start? Lichtsteiner seemed tired against Udinese (Conte himself said it), and Pepe as a fullback (even advanced as Licht played last 2 games) isn't promising well especially against Biabiany and Giovinco

the game will be played on 15th Feb


now for the siena game

19:50 - Juventus' official training. Is there any surprise to those who were the signs of the vigil. Count points on 4-3-3: Storari in goal, defense lined up from right to left with Caceres, Barzagli, Chiellini and Bonucci, Padoin in midfield, and Giaccherini Pirlo, Borriello in front of the central striker, supported by right and left by Estigarribia Del Piero.

19:38 - President Andrea Agnelli has traveled with the team.

19:15 - Wait for the arrival of the two teams at the stadium for the first confirmations on training choices by Allegri and Conte.

19:00 - We have just opened the gates of San Siro. Fans are beginning to take place. Thirty thousand spectators are expected. In Milan, is expected clear skies with temperatures around minus 3 degrees Celsius. Even the speakers at the Stadium to purchase tickets, are open and will close at kickoff of the race.

15:00 - Antonio Conte has revolutionized Juve for the first leg of the Cup semi-final against Milan Italy, scheduled for tonight at 20:45 to San Siro. According to preliminary information filtering from withdrawal Juventus, Lecce coach would be willing to change than nine players who faced the ALL'UNDICI Siena in the league. The only "survivors" should be Giorgio Chiellini and Andrea Pirlo. Form provided the 3-5-2, with Marco Storari in goal; defending the expected onset of Caceres, which will finish on the center-right, in between there will be Bonucci and Chiellini on the center left. Turn off for Andrea Barzagli, the player most used of the rose. The new acquisition will Padoin the hairpin right, while on the opposite lane seen again Marcelo Estigarribia; Pirlo in the middle, supported by Giaccherini Brown. Borriello in front and Del Piero.
AC Milan claimed a slight morning session finishing. The training will be communicated to the team during the technical meeting scheduled for 17. Allegri is expected to adopt a 4-3-1-2, with Amelia between the pali; Abate, Mexes, Thiago Silva and Mesbah in defense; Emanuelson, Van Bommel and Ambrosini in midfield; Seedorf behind Ibrahimovic and El Shaarawy.


17:45 - A little less than three hours from the start of Juventus-Catania, Juventus get confirmation on the formation chosen by Antonio Conte. According to the latest rumors of Sky Sports, the Juventus coach will confirm resurface the 3-5-2 with Buffon in goal; Barzagli, Bonucci and Chiellini in defense; The Pepper falling on the right wing and Paolo De Ceglie on the left, Padoin ( favoritissimo of Giaccherini), Pirlo and Marchisio in the middle, and Quagliarella Vucinic in attack, with Borriello still confined to the bench, along with Del Piero, who has disposed of the flu.
The Catania in the field with 4-3-3. A single doubt in the formation of Montella: In the center of defense alongside Legrottaglie, there may be Bellusci and Spolli.
These are the likely formations, to a few hours after the match:

19.35 - Juventus in the field to become familiar with the ground game. Among the Bianconeri, Alessandro Del Piero obviously present.

19.25 - Arrive at the stadium the teams. Curiously arrived at San Siro at the same time and then the players have already met.

18:35 - an hour From San Siro has opened its gates and the first fans were already inside the stadium. The anticipation grows more and more to what is the game that Juve are expected to return to play

17.40 - Antonio Conte should have dissolved the last doubts. Conditional still a must, because only the reading of the 11 lineups we will actually start. In attack, confirmed the couple last Saturday, then the space from the first minute to the tandem Quagliarella - Borriello. Surprise also played on the left where Estigarribia preferred Pepper and De Ceglie. In Milan, Allegri Mexes choose as a companion to Thiago Silva, while left-back preferred Antonini.

14.50 - According to the latest rumors, Quagliarella was the only one to qualify as a holder. The ballotaggio is between Vucinic and Borriello, while Matri seems destined to sit on the bench.

12.50 - Antonio Conte finishing the session, held at the camp dell'Aldini Football, did not provide useful information on training. It 'was a purely physical meeting to better understand the conditions of the players, especially those of so Vucinic, who yesterday reported a slight ailment. In ten minutes all at the table for lunch.

12:40 - Outside of the hotel Meliá are about sixty white fans. Security forces prevented them from approaching the players. No more room for autographs and photos, now the team is focused only on the game.

12:20 - After finishing the session, Juventus has just made ​​back to the hotel Meliá, the central district of Milan Juventus on this trip. Now, lunch, afternoon nap before the meeting and left for San Siro.

10:30 - And 'the great day of Milan-Juventus. The editors of TuttoJuve.com follow the event from morning until late at night with his collection in black and white and sent the San Siro stadium. The team of Earl woke up at 8 and had breakfast. As witnessed by the photos of our Pietroniro and Valeria Paola Moro, a few minutes ago, at 10:05, the party is black and white output and up by the Hotel Melia on the coach for a nearby sports field, where he is to hold a light session finishing. The Bianconeri will be the latest evidence of training, probably useful to dissolve the last doubts about missiles against the Rossoneri. The team seems made for nine elevenths: Buffon in goal, defense threesome with Barzagli, Chiellini and Bonucci, Lichsteiner and Pepper will be the outside of midfield, Vidal, Pirlo and Marchisio three central. The concerns are all in the offensive department, where you perform a kind of dating game: The Juventus coach seemed oriented couple weeks to deploy the Matri-Vucinic, but the last working session in Vinovo has taken shape in the hypothesis beginning to focus on tandem-Quagliarella Borriello, exerting greater pressure on the defenders of Milan.
Outside the hotel there are about thirty fans who sang songs and cheered the team's exit from the hotel Meliá. Matri, Pepe and Bonucci granted autographs and photos with supporters.

The top two teams in Serie A go head-to-head this evening and Juventus hope to maintain their unbeaten record when it kicks off at 19.45 UK time.

Milan’s choices are limited, as Zlatan Ibrahimovic is suspended after losing his appeal against a three-match ban.

It’s a very Brazilian attack for the Rossoneri with Robinho and Pato leading the way, supported by the versatile Emanuelson.

Philippe Mexes steps in to the back four, as Nesta failed a fitness test earlier today, while Sulley Muntari starts in midfield for the second game running.

Juventus are still unbeaten and have defeated Milan twice this season in Serie A and the Coppa Italia semi-final.

Milos Krasic was left out of this trip and Luca Marrone is sidelined, but other than them Antonio Conte has a full squad to choose from.

He adopts the 3-5-2 system with strikers Quagliarella and Borriello, who surprisingly are chosen ahead of Alessandro Matri and Mirko Vucinic.

Borriello prepares for a very special game, as he faces his former club, but Pirlo has even more pressure, as he was at San Siro for 10 years.

Marcelo Estigarribia is chosen out wide rather than Simone Pepe.


18:45 - Waiting for the arrival of the teams at the stadium, storekeepers have already placed the race jerseys in their lockers: Juventus take the field with the Juventus jersey. Chievo, however, with the traditional yellow jersey.

18:00 - According to the latest rumors coming from the withdrawal Juventus, Antonio Conte would be willing to face Chievo Verona with 4-4-2. According to reports from Sky Sports a few moments ago, the Juventus coach should deploy Matri Vucinic in attack, then the exclusion of Del Piero, Quagliarella and Borriello. In midfield, Padoin right, Pirlo and Marchisio central pair and Giaccherini left, in defense, in front of Buffon, Lichtsteiner, Barzagli, Bonucci and Chiellini.

17:00 - A few hours after the opening whistle of the Juventus-Chievo, there remain some question marks on the formation of Juventus. According to a few minutes ago by Sky Sports, the doubts are about the attack and midfield. As already mentioned in the last hour, Del Piero could be deployed with Matri Vucinic. The use of the Juventus captain, however, remains at present only suggestive hypothesis - Paul stresses the satellite sent the issuer Aghemo -, it is also Fabio Quagliarella in the running for a shirt. In the field, however, with Pirlo and Marchisio should be Giaccherini, although not ruled out the use of Padoin beginning. Also according to Sky Sports there would be no certainty even about the game engine, because Earl could also decide to opt for a 4-4-2, which would provide for the simultaneous presence of Padoin and Giaccherini. Contrary to predictions of the vigil, could remain inviariato the department of defense, with the right Lichtsteiner, Barzagli Bonucci and Chiellini in the middle and left. In such a case would still be out Paolo De Ceglie, who until a few hours ago had given the owner.
Chievo should respond with Sorrentino between the pali; Sardo, Andreolli, Acerbi and Dramé in defense, Bradley, and N.Rigoni Hetemaj in midfield, Sammarco and Thereau supporting Paloschi.

19:33 - Caceres signing autographs for fans who have awaited the arrival of buses at the Juventus Juventus Stadium.

19:30 - Juventus arrived at the stadium. Expect clear information on training.


Krasic is left on the stands

eliaaaaa
why i am feel he can play tonight 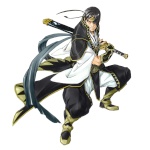 Today at 8:00 pm by The Demon of Carthage