Loan until end of the season. Aston Villa will pay main part of the salary. Announcement today as per @tjuanmarti. #FCB pic.twitter.com/O4a93ftszY

Newcastle with Trippier and Diego Carlos, that is a tight defence. They didn't even pay much for Trippier. For £12m he's a steal.

They got shafted hard with the Willock transfer though.

Not only that, they are also gunning for Botman from Lille (which Milan want, but are now priced out of a deal). 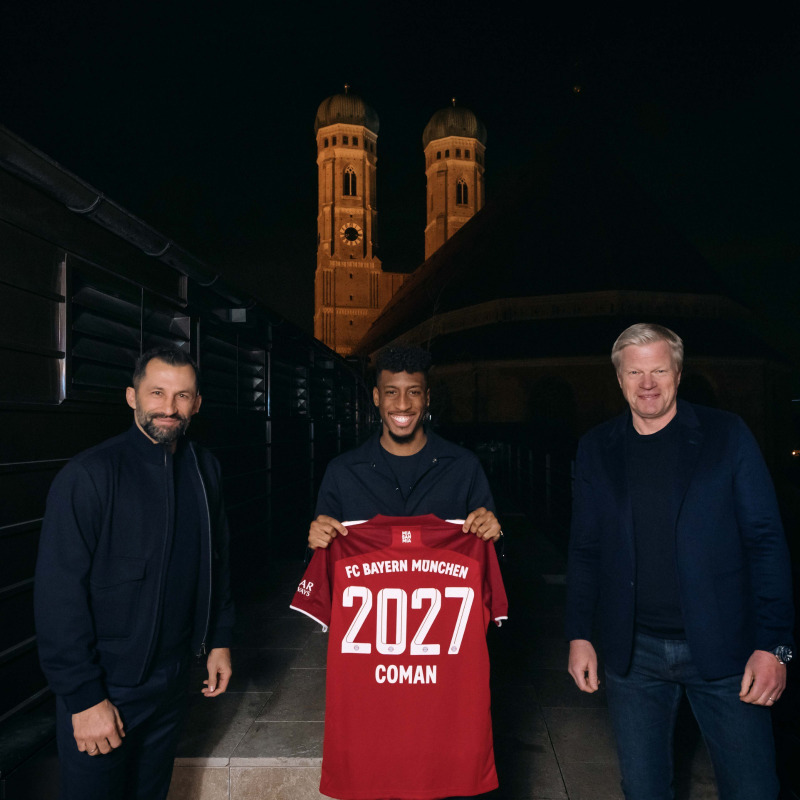 Kingsley Coman has extended his contract with FC Bayern, which was originally due to run until 30 June 2023, until 2027. The France international, 25, signed permanently for the German record champions in 2017 following two years on loan from Juventus. He wrote history with Bayern when he scored the winning goal in the 2020 Champions League final against Paris Saint-Germain.

CEO Oliver Kahn: "Players with Kingsley Coman's ability are wanted by clubs all around the world. This contract extension is another example of how attractive our club is at the highest level internationally. Kingsley is fully committed to FC Bayern, he's found his footballing home here. World-class players consider very carefully where they sign their contracts these days. We're pleased that Kingsley has extended with us long-term: when he's on the ball, the fans get excited. People come to the stadium to see such players."

Board member for sport Hasan Salihamidzic: "We're very happy Kingsley Coman has committed to FC Bayern with a long-term contract. Kingsley came to FC Bayern in 2015 as one of Europe's greatest attacking talents. He has developed into a world-class player with us over the past six and a half years. He already made history with his goal in the 2020 Champions League final and now has a great chance to leave his mark on an era. King, with his quality as a provider and his goalscoring threat, is of utmost importance for the future of our team. Our aim is for FC Bayern to continue to compete at the top of Europe in the coming years. With the contract extensions of Kingsley, Joshua Kimmich and Leon Goretzka, we have laid a strong foundation for this."

Kingsley Coman: "I'm very happy because FC Bayern are one of the best clubs in the world and I know we still have a lot of opportunities and big goals here. I've been at the club since 2015 -- it feels like a big family. Everything is perfect here. My best years as a footballer are still ahead of me, and I'm glad I'll be spending them at FC Bayern. My biggest goal is to win the Champions League again -- and this time, please, together with our fans."

Coman has been a German champion six times, DFB Cup winner three times and DFL Supercup winner five times since joining Bayern. He has also won the Champions League, the FIFA Club World Cup and the UEFA Super Cup. With his decisive goal in the 2020 Champions League final against Paris Saint-Germain, he played a major role in the club's historic six-title year.

Jealous, meanwhile we getting scrubs like Ferran Torres and Barca Bs...

Now that Barca are Spanishfying their team maybe they can add Asensio to the mix. He is rich mans Ferran. He's even his idol ffs

Why are you comparing players who are 5 years apart to diminish one or the other? These conclusions you draw are really braindead

Their playingstyles are exactly identical. Torres just lacks that killer left foot to truly be Asensio v2.0. Both are never good enough to start for a big team that will be true for Torres today and in 4/5 yeats when he'll be as old as Asensio is today. In fact when Asensio was Ferrans age he was very productive alongside the goalmachine that wss Ronaldo scoring in multipre CL knockout ties then he hid from responsibility and became this terrible no risk, selfish, weak player that he is today and I find it amusing that he has a fan in Torres lol. Asensio is the wronf player to idolise

It's not like he studies his game and goes over everything he does with a fine-tooth comb. Asensio just happened to be the breakout young Spanish star when Ferran started following the sport more seriously.

There are plenty other players you want to emulate. Asensio is NOT it. I'd be embarrassed if I'd said that.....ever

Anyways, moving on. There are a host of free agents to choose from this summer. Football may be changing now that the oil states start recording profits in Covid dominated seasons. And with Uefa/Fifa getting tougher on agents this summer, prices might just be reasonable

halamadrid2 wrote:There are plenty other players you want to emulate. Asensio is NOT it. I'd be embarrassed if I'd said that.....ever

Nah.
You don't seem to be the type to be embarrassed by anything you say, no matter how embarrassing.

I don't think he's the answer to our midfield problem, but we'll see what Mou can do with him. 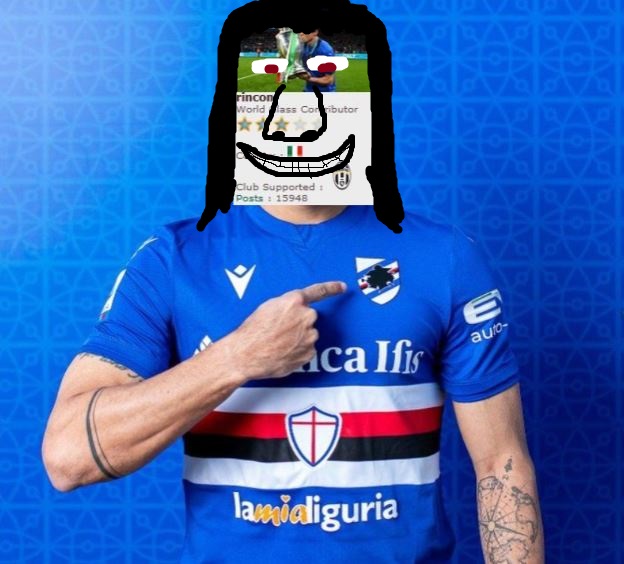 Some chance he is loaned back until libertadores finishes

I don't think he's the answer to our midfield problem, but we'll see what Mou can do with him.


lol the "Welcome to Roma, Sergio!" part made me remember an old SNL skit:


take him HANS and DEMBELE too


take him HANS and DEMBELE too

Nonsense. We're not signing anyone this month, maybe Zakaria but else nope

Inter are now in advanced talks with Atalanta for Robin Gosens. Negotiations progressing in order to complete the agreement immediately.

Inter are leading the race over Newcastle to sign Gosens - while Stefano Sensi leaves the club to join Sampdoria on loan. pic.twitter.com/qVTdFXqf0r

Firenze wrote:arsenal fans thought they were getting vlahovic but they're actually gonna get calvert lewin

kind of depressing, Sülinho is one of my favourite phenomenons in football

wonder where he ends up

imagine everyone will be after him

Wow we are going to sign really Robin fucking Gosens

Page 2 of 6
Permissions in this forum:
You cannot reply to topics in this forum
Latest topics
» The new king of football - Kylian Mbappe

Yesterday at 12:33 by Lord Spencer