I will keep this thread updated throughout the off season.

Let's just hope we can spend that money.

Doc wrote:If Frank is being touted as Sarri's replacement, they might as well just stick it out with Sarri since the growing pains of a new coach with a new style would just come back but with a legend at the club instead of, well, Sarri. I do hope they stick it out with him as I can see what the team can achieve when everything clicks. Changing a football culture at a club is not an easy feat.

I am happy RLC seems to have cemented his spot in the starting XI, it's been coming for about 4 years now. But I like Kova and wouldn't mind keeping him around, at least as a Jorginho back up. I'm not sure he'd want that, though.

As expected, Fifa have rejected our transfer ban appeal. We have now made public that we will appeal to CAS to have our ban overturned or to have it halted while the appeal process takes place. It is not guaranteed that this will happen but it was always our best hope of at least being able to sign players.

According to Nizaar Kinsella, CHO is increasingly likely to sign a contract extension and Chelsea are hopeful that given his young age, he'll be fit for the start of the season.

Seems like we have a plan for the window, at least.

Two players i would love to see at Chelsea are Nicolas Pepe and Houssem Aouar.

I can't see either Pepe or Aouar joining, as much as I'd love Pepe.

Just watching the EFL playoff final, Tomori has a wonderful passing range, he could be a shout for Cahill's replacement give both Sarri (if he stays) or Lampard (if he joins) like to have passing CB's.

Will be interesting to see who we end up with.

On a positive side, Baka's brother has confirmed that Baka will stay at Chelsea next season. 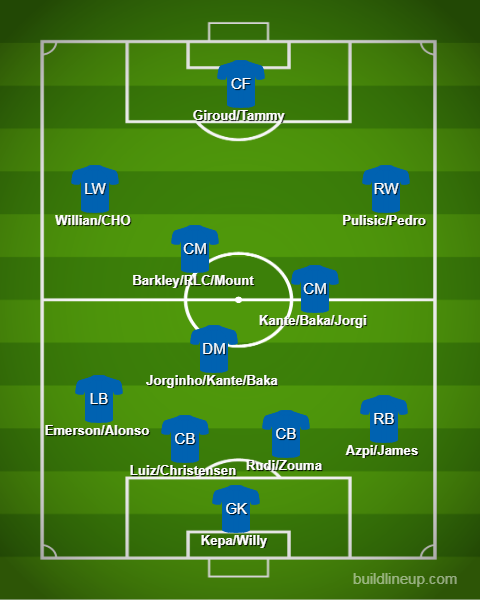 Apparently we're chatting to Lampard about the manager spot and uncertain of whether or not to buy Kovacic.

I think the key to next season will be getting building a team around getting the most out of Kante and the defence while playing youth were possible. Also if we can turn one of CHO or Pulisic (or both) into world class players, that'd be fantastic, too.

Similar topics
» The EPL is improving
» Anybody have Chelsea TV?
» Is Serie A improving on average age?
» Improving our Striking Force
» "It's Between City, United and Chelsea/Chelsea Are Strong Contenders" etc etc etc

Page 1 of 3
Permissions in this forum:
You cannot reply to topics in this forum
Latest topics
» 2022/2023 Premier League Discussion

Today at 3:21 pm by BarrileteCosmico