Well this week, Denis Cherychev’s father said the Russians injected his son with growth hormones before the tournament. And it is worth noting, that Denis was a borderline starter before tournament, went on to not only start, but was a key player scoring 3 (or maybe it was 4) in 5 games. And now there is an investigation! The Russian defense is it wasn’t growth hormones, it was an injection to speed up his recovery of an injury?

Question should be was Denis the only one given an injection? If this is proven to be another doping scandal, Russia should be completely banned from all Sports!

Before this, they need to re-open the Spanish doping case IMO

A Spanish court already destroyed those blood samples dint they ?

Also no nickname given to Bale?
Your incredible brain couldn’t conjure one up?

They tried but they couldn't catch the flying Welshman.

The Demon of Carthage wrote:

They tried but they couldn't catch the flying Welshman.

Yeah it's too late for now. I think he became smart and stopped it, could've turned as Realnaldo, instead of getting just minor injuries all the time.

What about him? all natty imo.

What about him? all natty imo.

You found it. I'm sure there's also somewhere how I predicted that he would be getting injury prone. 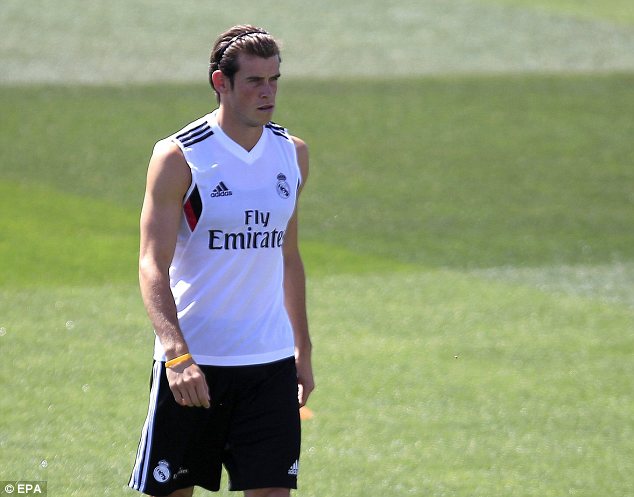 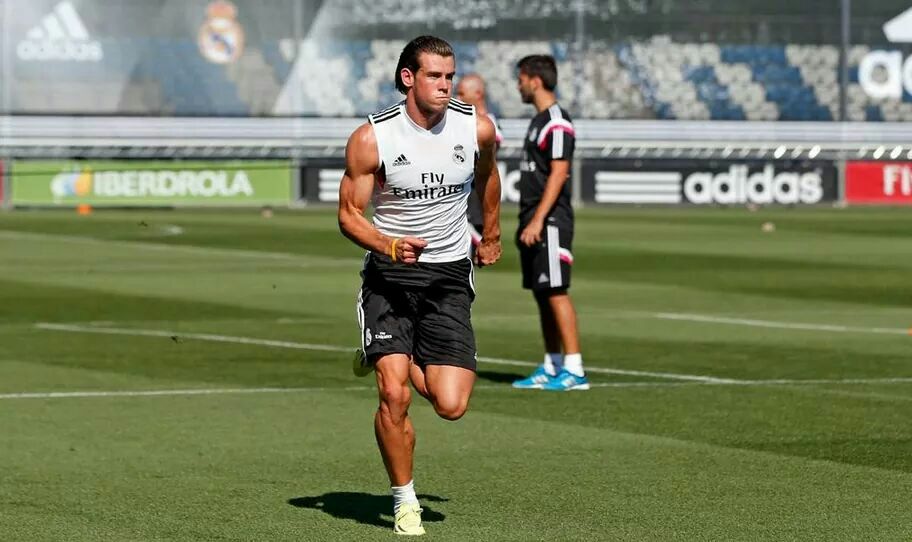 Barely any difference in those two photos ffs

Have you ever been fit in your life?

Harmonica wrote:
You found it. I'm sure there's also somewhere how I predicted that he would be getting injury prone.

As if, he didn't have a history of injuries prior to his arrival

Also, you're comparing an image where he's lying/standing still, to one where he's sprinting and tightening his entire body. The added tan helps define his muscles, as well. Just another conspiracy theory for you to latch onto, I suppose

Helps to distract attention from the little guy who actually used drugs for a prolonged period of time.

Butthurt Spaniard spreading fake news to justify their pathetic showing at the WC....outed as lies in less than 24 hours. 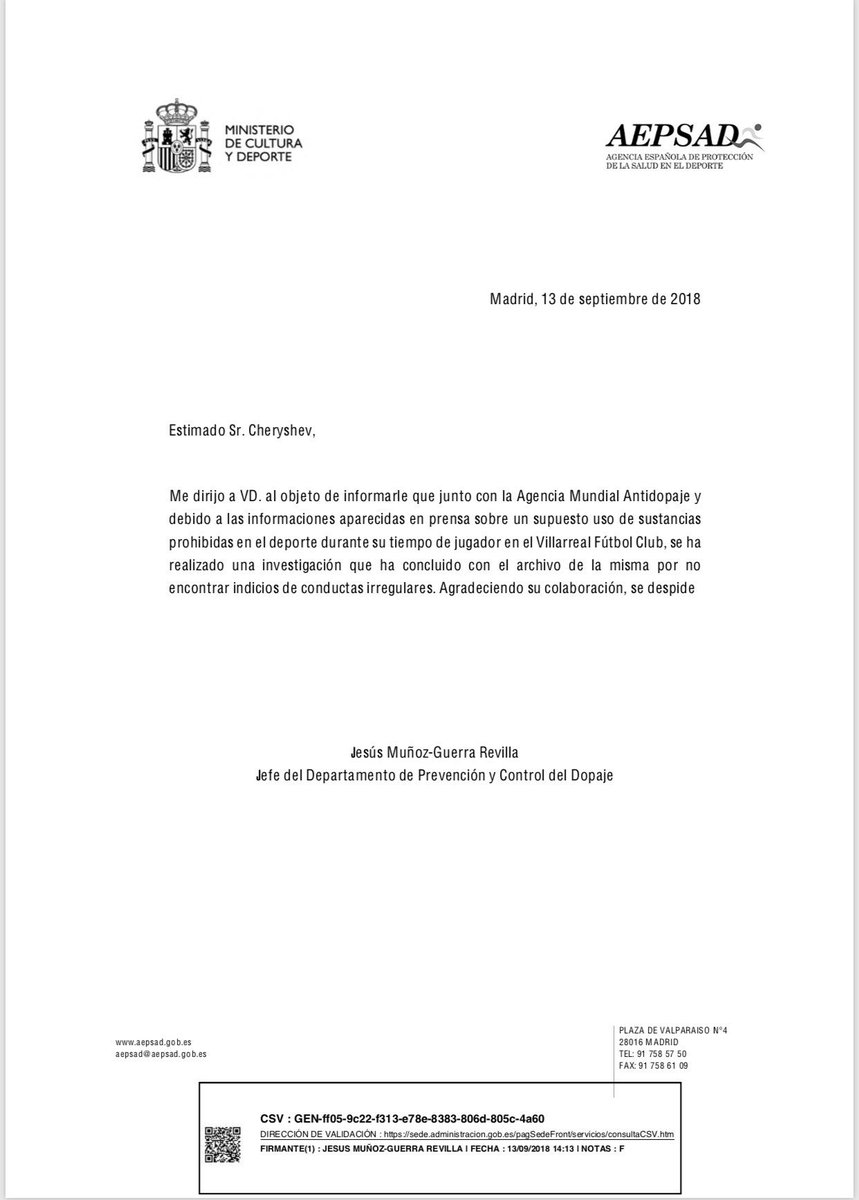 Who could ever think an honourable nation like Russia would ever engage in state wide doping.

Mr Nick09 wrote:Cherishev has been clearing of any allegations and Harmonica has never hit the gym in his life

I think you should check the definition of doping.

Also I'm fairly sure I'm superior to you also physically.

In the late 1980s, recombinant hGH (rhGH) was developed through genetic engineering and has been used with good results in the treatment of patients with hGH deficiency—allowing bone growth and impacting on the patient's final stature. This form of hGH has a sequence identical to the naturally occurring 22 kDa hormone. Its misuse has been suspected in sport because of its anabolic properties. Athletes and bodybuilders claim that hGH increases lean body mass and decreases the fat mass.

The use of hGH in sport today is not only based on its anabolic properties, but also on its effect on carbohydrate and fat metabolism. rhGH has been found in swimmers and also in players taking part in major sports events. International federations and the International Olympic Committee have had hGH on the list of forbidden compounds since 1989, when it became obvious that the development of biotechnology products based on the recombination of DNA made hGH much more easily available on the regular and black markets.

hGH doping is a major challenge in the fight against doping. The effect of exercise on hGH and its short half‐life are still presenting difficulties during doping analysis. To date the most promising method appears to be the direct approach utilising immunoassays.


I believe that you set up a gym in your mom's basement where you reside, that is actually very believable

Zagadka wrote:Butthurt Spaniard spreading fake news to justify their pathetic showing at the WC....outed as lies in less than 24 hours.

Ouch, that’s a bit harsh! As if noone has suspected Russia of doping. Sure Denis has been cleared as the drug has only a short period to be detected. Doesn’t mean Russia is innocent. With Olympics, it took someone with enough nerve to come forward. When state sponsored drugging exists combined with the powers of highest level dismissing or covering everything up it is extremely difficult to prove. Happened years ago with East Germany and recently with Russian Oylmpics.

I’m just surprised there hasn’t been more out cries about this esp. after they were found out with Olympics.

And it wasn’t just the Spain - Russia game that suspicions were raised. Go back and look thru the WC threads. There was lots of foul cries for all of their games.

And Spain didn’t lose because of doping, they clearly lost with their play and tactics (and incompetent coach)!

Who could ever think an honourable nation like Russia would ever engage in state wide doping.

Wouldn’t be surprised if doping is rampant in football, too many times seen players do incredible things when they should be on the cusp of their breath.

Let's be real. Everyone dopes and everyone is protected. Russia definitely doped, probably more than normal, but so did every other nation (probably).

You guys are playing the wrong game accusing messi, bale, etc of doping. they ALL DOPE. period.
HGH is an overrated drug and it doesn't increase muscle mass, just strengthens tendons and ligaments
/endthread

Similar topics
» Man U fined for doping
» Do you think players should be allowed to using doping to recover from injurys faster?
» Doping allegations
» Doping scandal in English football?
» Juventus doping scandal of the 1990s?

Page 1 of 2
Permissions in this forum:
You cannot reply to topics in this forum
Latest topics
» ¤¤ WORLD CUP 2022: The prediction challenge ¤¤