Japan should have parked the bus when they were up 2. They were capable of stifling Belgium.

Luca wrote:Belgium is also on my list of teams that I don't trust after losing to this Italy team: [@rincon/@robes/@doc] 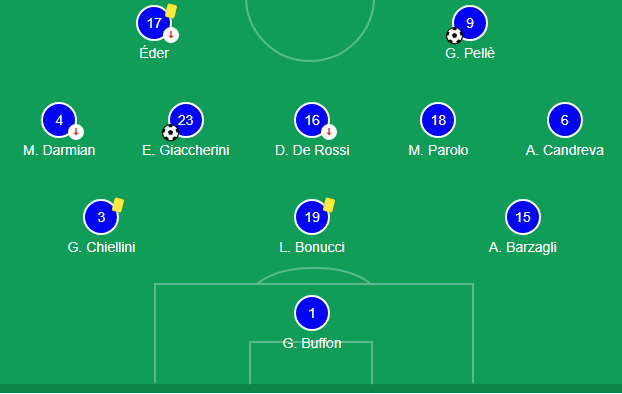 A win against Brazil would earn my trust

Italian teams that win World Cups do not necessarily have the better players. The 2006 Italian champions had aging stars, but a good Italian manager and tactics allowed them to eliminate the home team, Germany.

breva wrote:Japan should have parked the bus when they were up 2. They were capable of stifling Belgium.

Didn't actually watch the game so maybe you're right, but the height difference between the two teams is massive, and not just that, but Fellaini, Kompany, Nacer Chadli, Lukaku etc are not just taller but also all decent headers of the ball.

If Japan just retreated and ceded possession to Belgium, it would have been cross after cross and much like it worked out today with a couple headed goals for Belgium, they would have had a lot of real opportunities created from it, I think.

But again, I didn't watch the game so I could be missing something.

Yeah, I think they would have been capable if not for the fact they ran out of gas like around the 70th minute mark. Belgium would have just battered them over and over again with some of that Madrid esque cross 'n hope tactics. Instead of Isco trying to get onto a header, it would be Big Rom and Feli.

That final play was their last throw of the dice as I do not think, actually, they would not have lasted the ET period and Belgium would have just stat pad their victory some more. Kinda poetic it was a cross of their own doing that ruined them.

Shame really, would have been lovely banter.

I think that we can all agree that Japan should not have conceded a goal after a counter following their own corner at 93:45 min of 94 minutes to play.
I bet the Japanese themselves would agree too.

Luca wrote:Belgium is also on my list of teams that I don't trust after losing to this Italy team: [@rincon/@robes/@doc]

A win against Brazil would earn my trust

Our trust has been earned @doc

Page 4 of 4
Permissions in this forum:
You cannot reply to topics in this forum
Latest topics
» ¤¤ WORLD CUP 2022: The prediction challenge ¤¤