Who will go through?

Home team vs Current Champions, who will win?

Wanting Mexico to win,It's a lot of fun in California when Mexicos team is doing good.

Feeling this game is gonna be a bloodbath.

lol we've given up oh well there goes that tournament.

are you kidding me 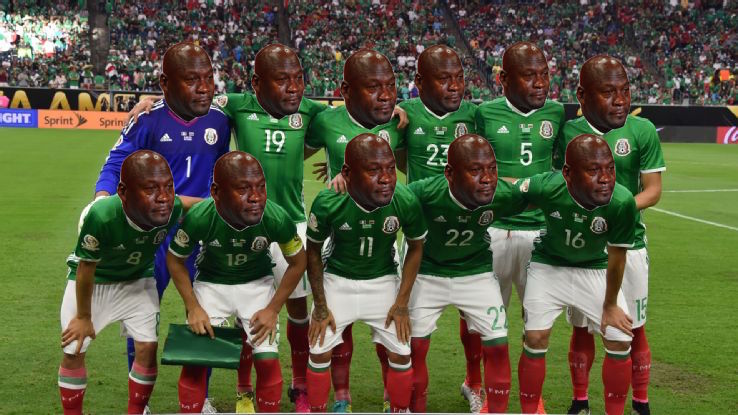 Better luck next time I guess

Rebs, Donuts, and Windkick get in brahs.

I expected to lose, but this hurts the feels.

Mexico got thoroughly outplayed. Outstanding game from Chile who were better in all phases of play.
Sanchez had a blinder. Why has Aranguiz not been snapped up by a major team in Europe? Everytime I watch him for the NT, looks a wonderful player.

Charles Aranguiz is currently playing at Bayer Leverkusen. Funnily he's there together with Chicharito. You'll see him in the CL next season.

Thanks rwo. Didnt know that. How has he been playing?

Charles Aránguiz arrived at Leverkusen last summer and unfortunately got injured badly just after his arrival (ruptured achilles tendon). He came back on matchday 28 and thus only played 7 matches so far in the Bundesliga. There he was very convincing, though and managed to get two goals and 2 assists in only 469 minutes playing time. People are looking forward to him being able to play fully in the upcoming season!

thought the game was tomorrow .

Yesterday at 3:52 pm by McLewis

Yesterday at 2:02 pm by halamadrid2

Yesterday at 8:45 am by futbol_bill

Yesterday at 2:51 am by danyjr