Art Morte wrote:I don't really care how much Balotelli is paid, I just want him and be that of the window's purchases done.

We still re after a back up keeper

Possibly even a CM if Lucas goes

Yeah it's risky to go into the season with just a 34 year old Gerrard, Can, Hendo, and Allen as CMs when we might play 50+ games. With Lucas we are fine at the moment but should he leave I'd hope a replacement DM is in order.

Like BG said we've also been linked with a back up keeper all summer so wouldn't be surprised if we got someone on the cheap here.

Otherwise if Lucas stays and we don't find any reasonably talented/cheap back up Gks then once Mario is completed I think we'll be done in terms of incoming transfers.

We still re after a back up keeper

What happened to the Romero rumors???

when are they are going to announce his signing

HEIL MEIN REDS wrote:when are they are going to announce his signing

Not until after it's actually completed.

why r u always so cruel with me RO

There's nothing cruel about it, it's just the truth.

The Italian striker will return to the UK on Monday after spending the weekend back in his homeland.

Balotelli will head for Melwood to put pen to paper on a three-year contract.

Liverpool are then expected to announce the deal subject to his registration with the Premier League as due to the Bank Holiday the paperwork can't be filed until Tuesday.

3 year deal, any reason for that?

I think I read that there's an optional 4th year that's completely dependent on the club.

I gotta say that all details that have been presented in the media indicate that we've had a very strong bargaining position, all aspects of the deal look very favourable to us: The fee's only £16m, Balotelli is taking a pay-cut, it's only a three-year deal, so if he becomes unwanted he won't be on our books for too long (but if we want it's a 4-year deal) and apparently we've even been able to insert "good behaviour" clauses in the contract as well, which is quite unusual.

I think I read that there's an optional 4th year that's completely dependent on the club.

I gotta say that all details that have been presented in the media indicate that we've had a very strong bargaining position, all aspects of the deal look very favourable to us: The fee's only £16m, Balotelli is taking a pay-cut, it's only a three-year deal, so if he becomes unwanted he won't be on our books for too long (but if we want it's a 4-year deal) and apparently we've even been able to insert "good behaviour" clauses in the contract as well, which is quite unusual.

For me what important is, that he trains hard on the training ground and is damn hungry to learn football from BR, because every player in BR's team must be tactically aware of how the game is going to be played. So the pressing, or counter attacks, possession game become clear to him so that he can contribute more to the side; as every player in BR's team is always expected to contribute more than just goals and assists.

4 pages and only the last two posts confirms his arrival!!!

We do love our madmen!!!

yes, he is...i think his interview was not posted here:

Mario Balotelli has revealed his delight at signing for Liverpool, and admits it was a mistake to join Milan.

The Italy international joined the Rossoneri in January 2013, but after just 18 months in his home country has left to return to England, having completed a switch to Anfield.

And the 24-year-old has claimed that he is ‘very happy’ to play for Brendan Rodgers’ men and wants to claim European honours.

“I'm very happy. We've been talking about coming here and I'm happy to be here,” he told liverpoolfc.com.

“Liverpool are one of the best teams here in England. The football is very good here.

“It's a great team with young players, and that's why I came here.

The former Inter and Manchester City man then commented on the reception he has received from the Liverpool fans.

“Now that I play for Liverpool, I can see the expectation in people. They're very happy and that makes me very happy at the same time.

“To play here for Liverpool excites me, but if you're an opponent it's difficult.”

Balotelli has signed a three-year deal at Liverpool, and could make his debut on Sunday when they take on Tottenham Hotspur at White Hart Lane.

Love him already. Had the ordering of the 3rd kit on hold just in case if we signed Reus or Falcao

Was gonna get Markovic but now it has to be Balo.

Yeah, I'll also be getting a Balotelli 3rd kit. It's really amazing that 2 of my favourite wonderkids from FM (back in the day) are now playing for Liverpool. =3 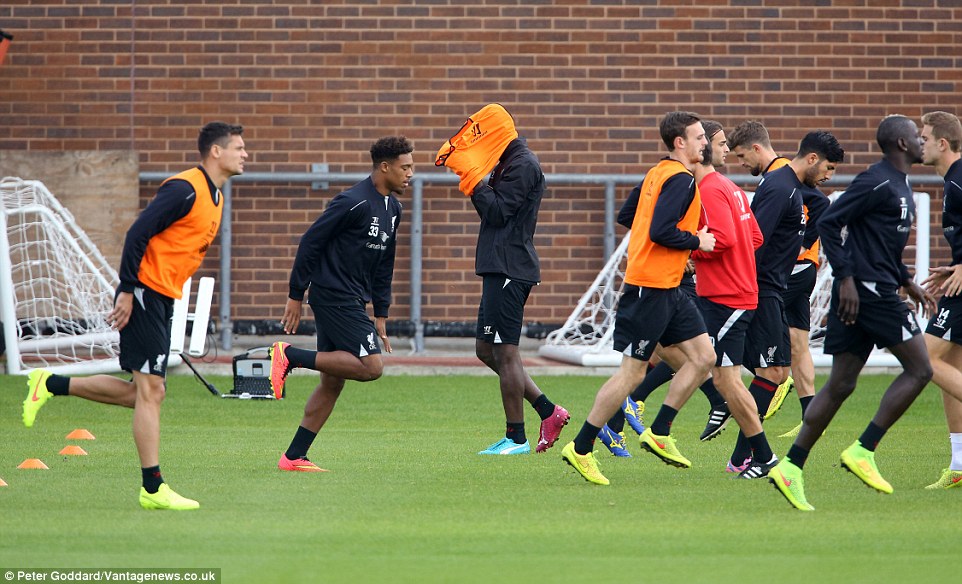 lmfao what a legend

Art you scared me there

Like I said these two will have a way better relationship with each other than SAS. SAS mostly had a professional relationship and didn't really hang together in training or outside the pitch.

Actually experiencing Balotelli in one of two of my teams, until Mario will not prove me wrong in all my criticism of him, I have absolutely 0 support for him until he actually does.

His Milan tenure was quite good in his goal count and influence overall yet half the time he infuriated me (us) with his attitude, ability to stir drama for no reason and consistent ability to gravitate everything around himself.

Massimiliano Allegri was actually the only one who got the best out of him in work-ethic and performance yet with Seedorf, who somehow thought it intelligent to provide Mario special treatment, was wrong given Balo abused that privilege along with having the dressing room critical of that decision. We had people and Mario himself thinking he is our best player despite Stephan El Shaarawy, quite frankly being quite a bit better than him as the gift given to Mario in all his sky-high talent was continued to be ignored given that he is STILL a child in a man's body. Jose Mourinho, Roberto Mancini, Clarence Seedorf, Cesare Prandelli; three of them once praised for their handling of Mario were driven mad by his antics and petulant behaviour to which one moment would have him proving us wrong yet the next back to the same old Mario.

I remained sceptical of Mario right before Milan, (much to the disdain of my fellow Milanisti) and while he won me over initially, he slipped right back into his idiotic self even when performing.

And this was for a club whom is his "childhood club". What makes us think he will do so differently for Liverpool? That he knows this is his 'last chance'? The World Cup proved to us how much he abused the leadership and treatment Prandelli afforded to him so until he does not bust his ass continually (performing or not), remain disciplined and wear our shirt with respect, he will not mean shit to me.

Brendan has an absolute gargantuan task in handling Mario as I do not even think he knows so far.

Apparently broke up with his girl


Twitter going crazy over rumors he kicked a wolves player in the head during a closed door friendly, SMH doing everything to make our new boy look bad, i call massive BS, surely he isn't this dumb. 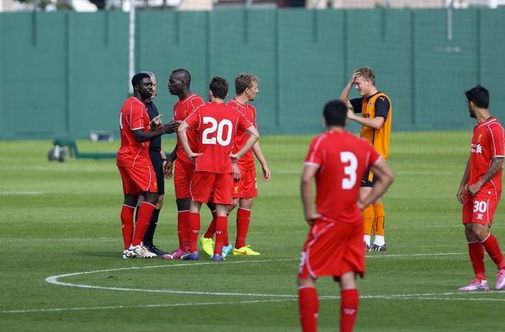 I'm sure it's blown out of proportion.

Page 3 of 7
Permissions in this forum:
You cannot reply to topics in this forum
Latest topics
» Pressi Mbappe: The monster QSG made

Today at 2:36 pm by The Demon of Carthage

Today at 2:13 pm by VivaStPauli

Yesterday at 9:49 pm by BarcaLearning