Serie A calendar now on Sky

) , it can happen in last matchday,I think it is never happened

we are stopped to 15th

the Derby d'Italia to 36th matchday

Excited for this season's Serie A. Both Inter and Roma building nicely

Infact after Abete's resignation FIGC must elect a new president.
There are 2 candidates, Tavecchio ( president of Serie D ) and Albertini , the former Milan midfielder

Tavecchio was the favorite for the victory but he said racist words recently ( incredible own goal ) and so hurly burly . . Even Blatter attacked it and he invited the FIGC to clarify 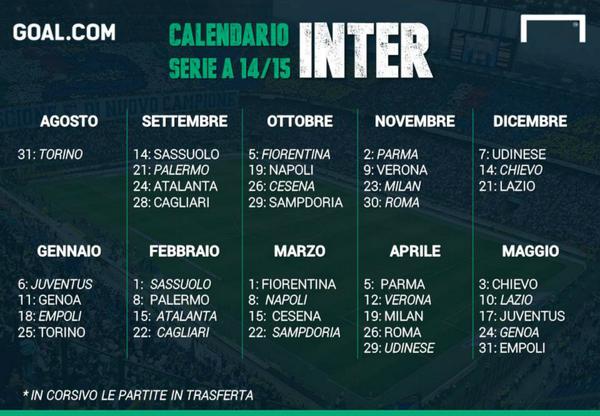 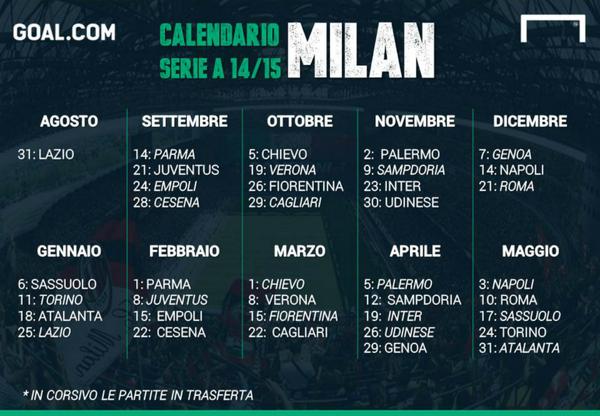 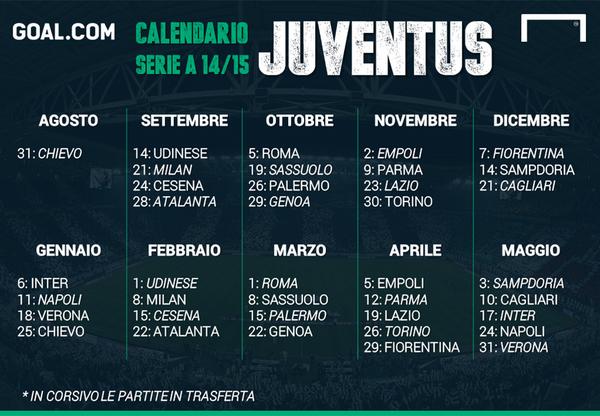 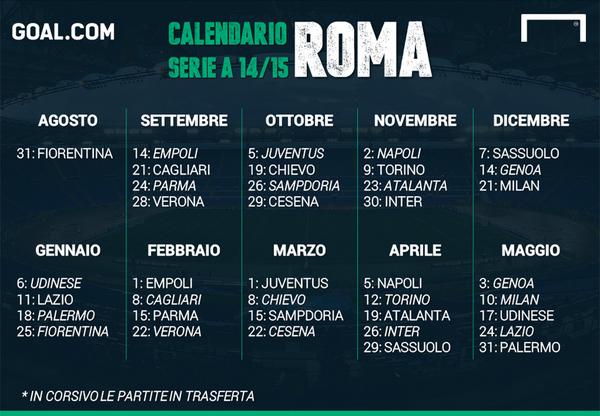 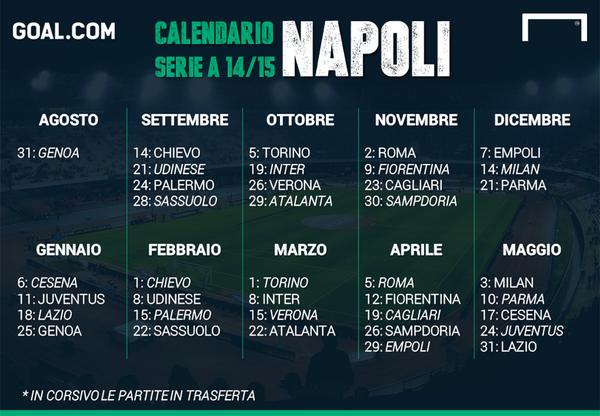 Carlo Tavecchio reiterated he “apologised one, two, 20 times” for his “unfortunate comment.”

The President of the LND is the front-runner as chief of the FIGC, but has been dragged into a racism row.

“It was an unfortunate comment during an off the cuff speech. I have asked sorry one, two, 20 times,” Tavecchio told Sky Sport Italia this evening.

“My history in public and private shows that, without arrogance, few have done as much for football in Italy.

“I won’t describe my history with Africa or Asia, but the rule that allowed 10,000 non-EU players to take part in an amateur club was passed by me a year ago.

“Previously there were rules meaning they had to have a father with a living wage or to have come here legally, but I changed it. I have been in Africa to set up football teams.

“I ended up on the front pages ahead of the war in Gaza and the Tour de France. I was unaccustomed to that.

“I want to create a project for young players, Federal academies with a web all over the country. It would allow 700,000 young players to be viewed and evaluated.

“Our own youngsters must be our strength, not South Americans or anywhere else.”

Is he aware that he did the same again ?

This is the Italian mentality whenever the Nazionale flops in World Cup : trying to resolve the situation with extreme solutions as the autarky

After England 66 ( knocked out by North Korea) Italy prohibited to foreign players to play in Serie A.  Inter was obliged to delete the contract signed with Eusebio in summer 1966.
The borders will be reopened only in 80's

After World Cup 2002 with Italy knocked out because of a goal scored by Ahn ( Perugia player) FIGC decided to limit the number of not EU player who could be signed by an Italian club..

then it was removed if I remember well , after 2010 there was put another similar limit, then taken away afterwards etc etc

I don't think these are resolutive solutions, Germany improved since Euro 2000 not in this way.

I understand what he's trying to say (and I agree with it to an extent), but either he's not articulating it well or the translations are not good at all.

Either way, Italy have a wealth of good youth players who deserve shots with their parent clubs. We've seen with the likes of Destro, El Shaarawy, Florenzi, De Sciglio and Perrin that there is plenty of talent coming up. Keeping them in Serie A should be the top priority so as to not prevent what occurred with Verratti.

What's with the Napoli hype on this forum? They haven't signed anyone that matters so far and they lost one of their best players (Reina) in the summer.

Both Juve and Roma clearly have better squads.

I like the new schedule by the way. Fiorentina are a fine opening opponent and will provide exactly the right test for us to get the season off right.

I also am liking the spacing for the CL fixtures. Just need to continue to fill our depth gaps, gain fitness during the ICC and stay healthy. This looks like a very promising season.

Gil wrote:What's with the Napoli hype on this forum? They haven't signed anyone that matters so far and they lost one of their best players (Reina) in the summer.

Both Juve and Roma clearly have better squads.

Napoli has  the best attack of Serie A, Higuain Mertens Callejon are great difference makers and they have also valid reserves ,  but they are Meh in defence and midfield. So yes Roma is a better team than Napoli so far.

I would not exchange Inter 's defence and midfield with those of Napoli for example, but the real difference is about the attack and it is much , as I said above.

I would have rated Napoli as the main opponent of Juve for scudetto if they filled those gaps  as I thought  ( considering also that Roma will have the Champions League this year and  then tbf Roma is a difficult and particular enviroment who gives his best when it hasn't pressure and  when it is "against  wind", when there are controversies and hostilty against the team .. while there are many expectations now ), but they haven't Still done really

I don't agree that Napoli has the best attack in Serie A, they are equally good but not the best for me Mertens and Callejon and Higuain are nothing better than Tevez, Llorente, Morata/Giovinco tbh maybe Tevez - Llo is even better they had like 39 goals between them I think plus assists.

SES and Balo are honorable mention to when those two are in form its dangerous.

Not surprised at all by the comments. In my own experience with Italy I find a large majority of the older Italians to be very discriminatory. Young people are pretty open though.

This is the country that produced Berlusconi, who once called Obama a "pretty tan guy"

This is the country that produced Berlusconi, who once called Obama a "pretty tan guy"

it's also the country that produced 60% of argentinians