@Turok_TTZ wrote:I just feel mou is playing it safe too often. One cannot reap the rewards without taking a risk. Morata is a risk, but i believe this risk is a risk worth chancing.

Raul was risked and we ended up having the best forward in our history of the club. ofc, valdano was responsible for promoting him (hope valdano returns someday)

Mourinho's trophy cabinet will disagree with you.

I wasnt talkin trophies, im talkin youth prospects. i dont know any player from the youth academy of any team that has since become wc when mou was around. Has he done a raul like Valdano did? not that i recall.

Well, that's Mourinho for you. He has never been a guy that will develop youths in to a stars. He always buys near complete products to polish them himself. Sure it's more costly but that has never been an issue with his clubs. But, in the end it usually gives the same end result and requires less work.

That's because when you hire Mou you want and expect titles in the first season and more titles the next season. Players like Morata and Sarabia could at most be second half subs against mid level La Liga sides or start in those games if injury require it. If you want to win titles you can't be dependant on a player like Morata to deliver in case of a injury crisis in say a CL final or Semi-final, and it's not good for him either to be in that position. If Mou were to win a treble next season, then we can talk, the hunger is over, we're at top. That's where you start betting on youth. Not in a do or die situation, which is what Mou is in.

And no guys, Benzema and Higuain is not enough. We need a third striker, it's not a weird request. Having only 2 strikers limits Mous option since he can't start both (which might be a good option if he have a third striker aswell) because he need a backup in case of fatigue or injury, or tactical change. And I know Ronaldo can play up front, but it's not optimal. Look at any other top club in Europe, do they depend on 2 pure strikers only? Inter have Pazzini, Milito, Eto'o and Pandev. Milan have Cassano, Robinho, Pato, Ibra and Inzaghi. Manchester have Rooney, Berba, Owen, Hernandez. Chelsea have Torres, Drogba, Anelka and Kalou...

@ppbw, all teams need a 3rd striker, sure, but we are already signing Neymar, and the whole pot is looking very messy
_________________
Madridista naci.. Vikingo sere y Merengue Moriré

Everywhere looks a bit messy with Madrid lol. We pretty much have two top quality teams on our roster.

ppbw does bring a good point though.

what are the options and who are the most likely to be signed as a 3rd striker?

the whole neymar transfer confuses me.. when i see him play he is a AM/winger type player not a striker/CF

why would mou want this, we have plenty of this. though it is a given he has more potential and skill than say di maria, callejon, leon etc.

Guys, maybe we need to consider the possibility that Adebayor is our man...

We should have signed Ruud instead of Malaga

guys, it's not an issue of signing adebayor or nistelrooy etc...

deezydeez wrote:the whole neymar transfer confuses me.. when i see him play he is a AM/winger type player not a striker/CF

why would mou want this, we have plenty of this. though it is a given he has more potential and skill than say di maria, callejon, leon etc.

indeed,hes only a striker on paper tbh

I don't think Neymar is our striker signings. It's either

a) Adebayor
b) Aguero
c) a 3rd striker

Neymar is a AM, and I'm sure Mou is aware of this

Neymar isnt an AM... he is a winger/inside forward. he is coming into the equation one way or another already, are we gonna add another forward to him?
_________________
Madridista naci.. Vikingo sere y Merengue Moriré

Benzema won't be pushed out if we sign Neymar. I have no idea if we are gonna get him January or now since both clubs want different things. I think Kun will stay at Atletico unless Corinthians can get Tevez then City will get him.

Ganso, do Corinthians truly have 40 million to spend on a transfer + the wages of Tevez? Sounds like too big an amount for the league there.

Edit: I guess they do. Tevez' agent has confirmed everything. Up to city now.

St_Nick09_of_Goal wrote:guys, it's not an issue of signing adebayor or nistelrooy etc...

we are already finishing the signing of Neymar

You assume too much.

yes they can do it,no wonder tevez is so interested.If something happens,it will be in the next few days before the brazilian window closes

Well then that's that I 90% believe Kun is going City. They will bid more than the 45 mil if they have to.

Unless City wants to stick with Dzeko and Balotelli + they have issues with FFP.

and after Dzeko's first season I don't think they will be satisfied with him they are gonna try and get someone to fill Tevez's boots.

If we will sign Neymar + Kun + 3rd stiker, the 3rd striker is better be Adebayor, the one that wouldn't need much time to adapt 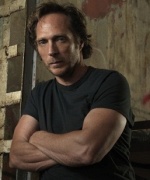 St_Nick09_of_Goal wrote:guys, it's not an issue of signing adebayor or nistelrooy etc...

we are already finishing the signing of Neymar

You assume too much.

am i assuming that we are signing Neymar? lol, that transfer is about as done as it gets. He is already in the palm of our hands.
_________________
Madridista naci.. Vikingo sere y Merengue Moriré

For the record Nick, you also were certain we had Aguero in the bag.

But for the record, I believe Neymar is coming to Madrid eventually regardless. I just think we should stop saying done deal when it's not.