Suarez needs 3 goals from the last 6 games to go on to break the PL record for most goals in a single campaign (in a 38 game season). Ronaldo currently owns the record with 31 goals.

Red Alert wrote:Suarez needs 3 goals from the last 6 games to go on to break the PL record for most goals in a single campaign (in a 38 game season). Ronaldo currently owns the record with 31 goals. 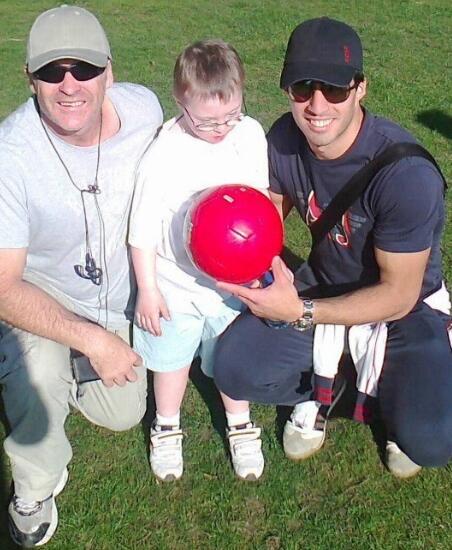 Sees kid with Down syndrom playing with a Liverpool ball in the park. Jumps out of his car and takes photos. GOAT.

He didn't just get photos taken, from what I've seen of it. Supposedly he went over and started playing ball with the kid and letting the kid nutmeg him.

Found a copy of the story (still anecdotal though):

An anecdote appeared on the Liverpool FC Reddit page yesterday (and has since done the various social media rounds) about Luis Suarez which shows the sometimes-controversial Liverpool striker in an altogether more flattering light.

Suarez was taking a merry stroll through Calderstones Park in Liverpool when he noticed a young lad having a kick-about on the grass with his dad using a red Liverpool FC ball.

The Uruguayan wandered over to the pair, seven-year-old Ethan Mullin (who happens to have Down Syndrome) and his father, David.

Suarez then played for several minutes with the Mullins', letting Ethan nutmeg him a few times before posing for a photo.

Luis Suarez makes a young boy with Down Syndrome's day by stopping for a kickabout in the park http://t.co/oa7DvkBc06 pic.twitter.com/maB6TeQlEB
— TheScore.ie (@thescore_ie) April 8, 2014

And now for the best bit!

Relaying the story to Liverpool fans on Reddit, Ethan's older cousin, Ben Mullin, explained that his uncle had no idea who Suarez was at first, taking several minutes to realise just who his son was playing football with after initially assumed the Reds striker was just “some annoying man” interrupting people in the park.

“My uncle took quite a while looking at Suarez’s face as he’s not a massive follower of football, but -- after a couple of minutes -- it suddenly dawned on him.

“He asked if he was Luis Suarez and he sheepishly answered ‘yes’. Suarez was doing all of his famous dribbles and passing to Ethan.

“Ethan was clearly impressed but due to his age was not certain to who it was.

“But now he knows who he is and will treasure the image for the rest of his life.”

I can't remember him every getting injured, missed like 15 games or so due to disciplinary issues though.

He doesn't get injured.

RedOranje wrote:Found a copy of the story (still anecdotal though):

The confirmed score at the end of the day was Luis Suarez 22 - Young lad 1.

^Suarez would never do that, he would let the young lad score all the goals and he will lose...only as a professional he is crazy to win always

The story does specifically state that Suarez was letting the lad nutmeg him and dribble around him.

that was a friendly joke by RA, nothing serious.

Yes, I think we were all well aware.

Page 3 of 3
Permissions in this forum:
You cannot reply to topics in this forum
Latest topics
» Champions League 2022/23 | Group C