@Kick wrote:Honestly, Arsenal have the building blocks of a great team, they've just made poor signings in a few areas.

those names are good on paper but the only great player there is Auba. Rest are bang average, besides Laca, who I think needs to be in a diff setup.

Pepe is shit. If those players were as good as you think they wouldn't be getting outplayed in every game.

The defense will look a lot better when there are competent CB's and an actual midfield screen.

Then they just need a functional midfield and Pepe + the rest of the attack will look much better.

@Kick wrote:Honestly, Arsenal have the building blocks of a great team, they've just made poor signings in a few areas.

Arsenal’s Centerbacks are very poor. Both are aggressive style CBs.. but they lose out more often then not.

It’s like league 4 level sergio ramos and pepe style defense... You’re not gonna win games with a defense that bad.

I’ve seen the «they only need to sign two or three players and they’d be in the top 4» argument quite frequently on the internet, over the past few weeks and months. Most recently, when some people were discussing about Leicester. It may actually be true for several teams in the Premier League.

I don’t believe I’ve seen anyone mention this, but I feel like the lack of available, not too old players with tangible, elite-level talent, coupled with the inflated transfer prices (probably the most inflated they’ll ever be) and the reality of every team other than Liverpool and City lacking the personnel and stability to sustain a high level of performance - has resulted in the league’s level of competitiveness becoming more similar to that of La Liga.

Nigel Pearson is the 3rd Watford manager of the season

Brendan Rodgers has signed a new five-and-a-half-year contract at Leicester City, ending speculation over a move to Arsenal.

arsenal have missed a trick there tbh.

@Firenze wrote:nevermind all this talk about rodgers

Not relegated beyond recognition here either.

watching Iwobi attempting to get past an opponent is watching a tragedy unfolding, every time

Chelsea are awesome to watch

Lampard is such a promising manager

Kovacic has turned into the player everyone expected him to. Great to see tbh. Monster CM

Kovacic-Kante is the best pivot in the PL

BIG DUNC AT THE WHEEL

It totally skipped my mind that Liverpool is playing today. 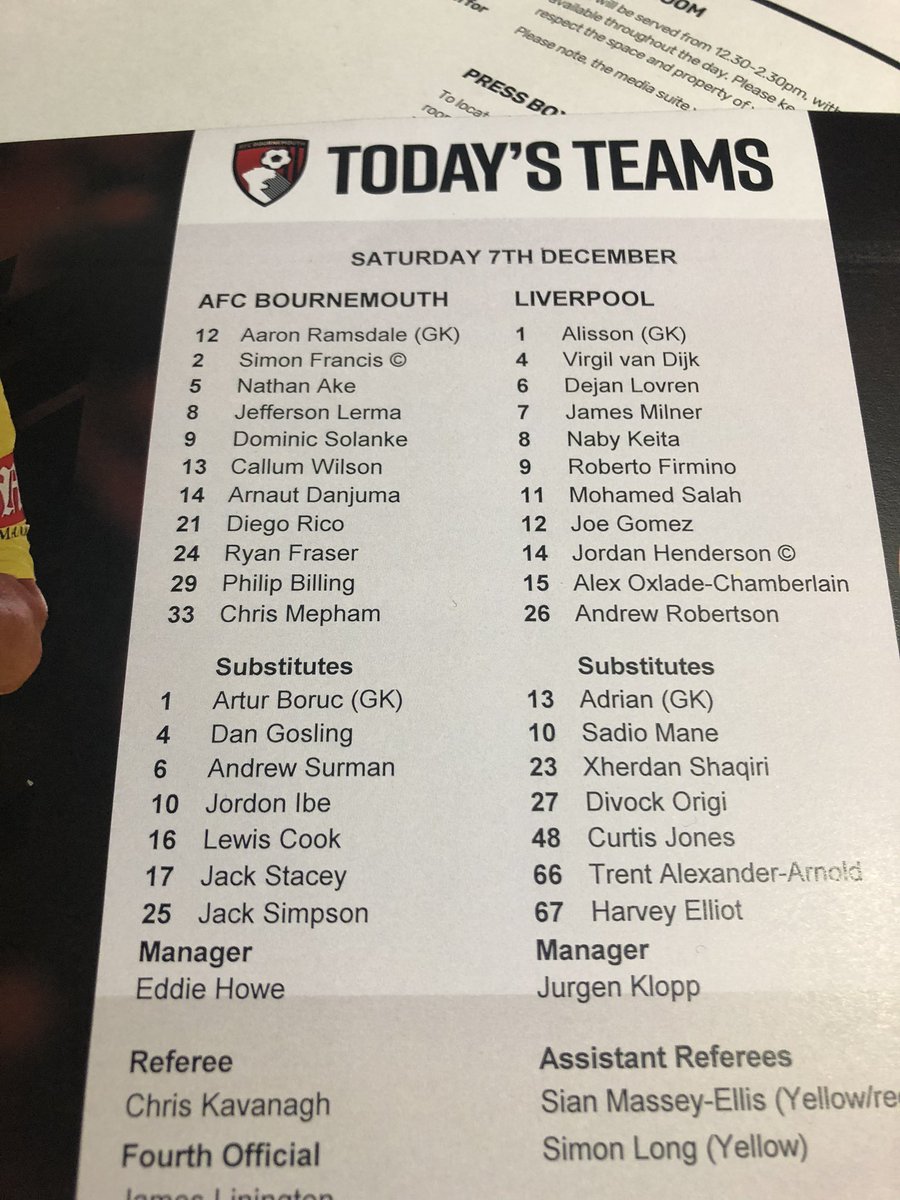 Lampard is such a promising manager


Awesome to watch, easy to score against.

Zouma is a disaster waiting to happen

@Hapless_Hans wrote:watching Iwobi attempting to get past an opponent is watching a tragedy unfolding, every time

@Hapless_Hans wrote:I didn't think that was possible honestly and I certainly did not expect it


This post didn't reflect the poor performance today. At all.

Don't mean the team's tactics. I mean it in the way that Ancelotti is a renowned headless-chicken-whisperer

@Hapless_Hans wrote:watching Iwobi attempting to get past an opponent is watching a tragedy unfolding, every time

Because every single time, in the beginning, he clearly THINKS he can do it, that he has it in himself, either by pace or technique. Then of course, in the course of the action it turns out that he's both far too slow to run past and also to clumsy to dribble successfully. Still, I've seen him try countless times.
This collossal hubris and self-misjudgement, resulting in failure and failure, and failure again, is tragic indeed and also somewhat endearing.

It took me all of 85 minutes to realise Hudson-Odoi was playing in this match. Swear I didn't see him.

Still better than the horseshit that was Madrid v Espanyol despite Chelsea's capitulation.

Page 18 of 40
Permissions in this forum:
You cannot reply to topics in this forum
Latest topics
» The Official Summer Transfer Rumours Thread