Which is a bit funny considering Theo is the tallest member of the family, and his goalkeeper brother is the shortest

Putting eleven players on the field is not tactics.

Zidane should know that there are no Ronaldos to bail him out anymore. Every goal will have to be earned with proper tactics now than depend on individual brilliance.

The way we are playing makes me question what Zidane does on the drawing board.

I always question not only his strategy but also his coaching which is extremely rich coming from me as I am not a coach in any way shape or form. That being said, our football is almost always chaotic. As if we are hoping something happens instead of making something happen.

Don't see how Pogba solves all these issues, zz had plenty of time to ditch isco, LV, loan vini and get some proper players, but spend the summer trying to run off his better players in James and bale off.

Don't see what the tactics is and reason behind his selections, why field a mid of isco-case-james and bench valverde, isco freaking sucks how long does this isco obsession have to last, he offers nothing at all.

what is the game plan everything is the same, concede the same type of goals and have the same troubles going forward, their is no direction everything depends on intensity, which is nonsense when players are just hogging the ball fishing for headlines on marca and AS.

why can't real Madrid play as a team in a team game? I see no other team with these specific problems, too much individuality that why I never liked cr ball it's shit, and zz is still stepping in it instead of using the middle.

what's wrong with through passes or diagonal passes, how many cut back for mids to shoot and miss for zz to try that ffs, it's crazy how backwards this team is, when it comes to attacking wingers, mids, fb and then the cf gets a chance, ffs every week it's shit just use your cf shit teams are destroying Madrid playing directly and quickly.

With only 12 goals conceded in the first 19 games it is our best defensive record since 87/88. When you think about it, it could've been so much better had Tibu no conceded rvery shot he faced earlier in the season or Areola doesn't give up a penalty because he dwelled on the ball or the silly backpass by Ramos, or the avoidable penalty by Ramos etc

Yeah, I can safely say that is what has improved with Zidane coming back: better defensive coordination. Improved a lot if I am being honest. Football is still almost chaotic though but we'll see how that turns out after the season ends.

I still remember that game in preseason when we played against Fenerbache and there was absolutely ACRES of space for one of their goals. I must admit I never thought we'd improve from that, because that looked the same as last season but of course Zidane comes and improves us thank God

He still makes personnel mistakes, and it makes my eyes bleed watching us play then. I will only appreciate him making these decisions if we win trophies this season especially League and CL. They can gtfo with the Super Cup and Copa for all I care. We have bigger fish to fry

We look like Atleti used to with Griezmann... just with Benzema instead. That's how poor our attacking play has been on the wings and from the midfield.

We need Hazard and a creative midfielder in the worse way.

Personally, Griezmann would have been absolutely ideal for us, shit, Dembele as well if you ignore (you shouldn't) his lack of professionalism.

Shame they are both kinda being wasted at Barcelona.

It's interesting... Griezmann wanted to come to Madrid before (and also Man U to be fair). Then Pogba had a rift with Mourinho and Zizou left. I figured we would be in the mix this past summer too. Wonder if it's because we didn't want to pay... or we were just so obsessed with Pogba and since Hazard was here that we didn't bother.

@sportsczy wrote:We look like Atleti used to with Griezmann... just with Benzema instead. That's how poor our attacking play has been on the wings and from the midfield.

We need Hazard and a creative midfielder in the worse way.

What hazard is doing on the pitch is no different than what isco or vini does, sure it's looks pleasing on the eyes but there is no end product from him either, I don't know why he gets so much credit for just running around aimlessly most games.

courtois looks better because the defense is actually doing their jobs, shots at him are usually contested and now his confidence is high he can make the big saves more consistently, he always looked like good keeper getting too much hate.

2 decent chances came from long passes from the cb to the forwards, as I said before this team regardless of the players, should be able to attack in a more direct manner, the problem is the midfield is always(kroos and isco mainly) dwell on the ball too much going around in circles, that Zz fault cause he clearly has a midfielder fetish, just pass the damn ball and gtfo of the way plz.

Bale's agent still doesn't know when to shut the f up, does he?

I mean sure, Zidane didn't handle the Bale's situation in the best of ways, but do you really believe that calling him a disgrace (again) is going to help your client and bring him back to the starting eleven?

He also said that Bale is not going anywhere in January and it's also highly unlikely that he'll leave in the summer.

So basically Bale's words spoken by a third party. Hope ZZ buries him somewhere in the stands. Not even if we go through a 20 game drought do i want that pleb in my team 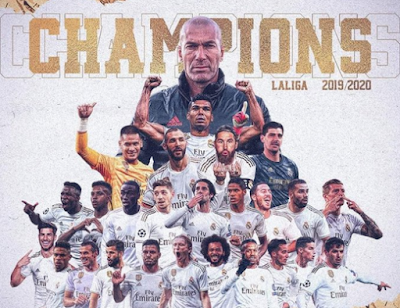 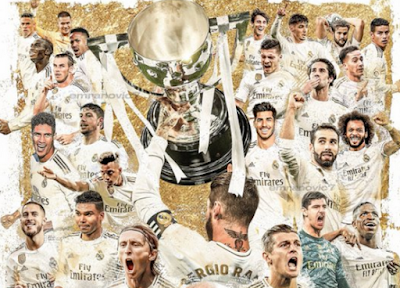 Looks like it'll be part 3 by November next season.

Page 6 of 6
Permissions in this forum:
You cannot reply to topics in this forum
Latest topics
» Steam Deck = Full Frontal Assault on Nintendo Switch

Yesterday at 8:16 pm by RealGunner

Yesterday at 7:51 pm by Hapless_Hans

Yesterday at 4:22 pm by iftikhar

Yesterday at 4:19 pm by iftikhar