Yes, we're still in business. Playing three times in the same week because the TV companies hate us. Team for tonight: 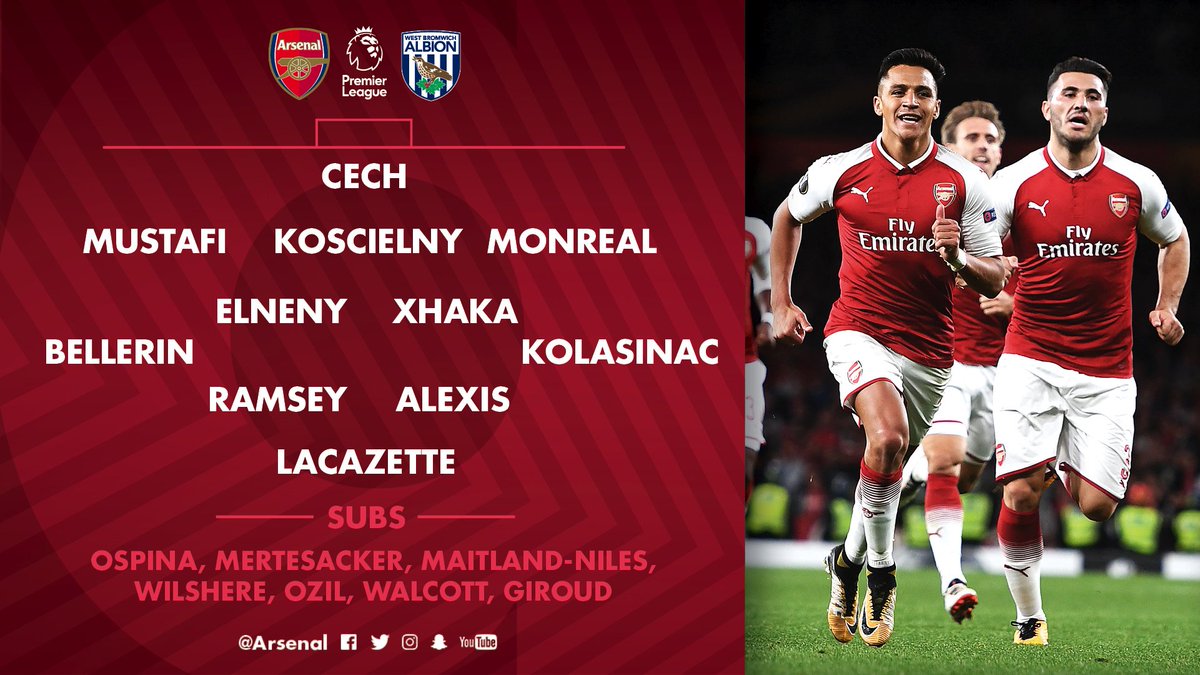 forgot we have a match ffs

Not sure about such a defensive pivot. But ball retention should be good. Expect 80% possession at least.

Wilshere needs to be on asap if still 0-0

Much better lineup in terms of balance, lets see how well can we transition from defence to attack.

It was a good second half after a bad first half. Thought we were lucky not to be behind at half-time. Second half we played a lot better in WBA's half and took the pressure off the defence.

Monreal was class. My man of the match.

Didn't know what to make of Alexis' performance. At times he looked good but he was so slow to release the ball.

Elneny was good, too. Justified his inclusion.

1/ Alexis is now becoming all to similar to Oezil. We accept the latter's Houdini act only coz we believe he'll show up with at least killer pass. Similarly, we need to accept Alexis and his ways, believing he'll do a Koeln at some point of the game. Or is it becoz he's still not 100%?

On another note, are we noticing all the obvious deficiencies of Alexis, only now after he has stepped down from being the darling of all Arsenal fans? We seem to know only now that he loses the ball a lot, his headless chicken running(we used to call it workrate) resulting in counters etc.,?

2/ Anyone else feels Laca needs to be more clinical in front of goal?

3/ Erect a statue for Monreal while we can. Has been constantly improving and has become a li'l vocal as well. We could probably sign him up for coaching role a la Per.

4/ Xhaka looks like he needs a rest. One of his core strengths, passing seems to have deserted him(despite him having 3 assists).

5/ Mustafi should buckle up his act fast. His clumsiness has gone unpunished in the last two games. On a side note, if he still cannot improve come the end of the season, and we can recoup the money spent on him as well as get an able replacement, I'd be OK with selling him.

6/ Elneny seems to be improving his passing range, albeit at Per's pace. Tried a few good lofted balls as well. Adding to his assist to Oezil v Ludo and Lac v Leicester, he can(needs to) improve his passing, even to be a part of the second-choice midfield pairing.

7/ We should be all over Krychowiak once his loan with WBA is over. He can be an asset for us. As I've been posting all along, PSG have got a whole lot of good players we should be looking at(Krycho, Drax, Lucas, Guedes and maybe Rabiot as well). We missed the trick with Aurier despite having zero depth in the sideback position. Even Merino(of NUFC) seems good when compared to Coq and/or Neny. 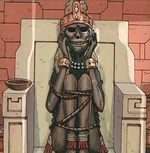 2/ Anyone else feels Laca needs to be more clinical in front of goal?

Four goals from 9 shots means he's finishing 44% of his chances at home, which is extremely good for a striker. Even better when consider he scored from his shot in each of those games.

Overall his record is 4 goals from 12 shots, so he's scoring a goal every three shots. Can't get much more clinical than that.

Just to highly it further, Lacazette takes 2 shots per game. Kane takes 6.5. Both on same number of goals in the Premier League.

Tbh, Arsenal doesn't do a very good job of getting Lacazette shots.  A CF on a top team MUST average at least 5 shots per game. He makes the runs. It just seems to me that you have all these midfielders that are trying to score goals make weird runs in areas where Lacazette usually operates (looking at you Ramsey).

Today at 3:45 am by Robespierre

Yesterday at 4:21 pm by danyjr

Yesterday at 4:05 pm by Pedram

Yesterday at 6:16 am by Robespierre