Can anyone explain how Immobile is so good in Serie A but garbage anywhere else?

Not really the case though. Without Lazio going particularly far in EL, or he starting all those games, he was the topscorer of the tournament.

He flopped that season abroad at 24 or so which really conditioned his perception. Made him easy to dismiss, but at this point he is on track to a record breaking season and the golden boot with a 4th 20+ goal season in the league.

Bumped his thread earlier, no one in the league carries his team more than he does for Lazio.

For the NT he is playing better with Mancini, as does everyone else, but it looks like the possession heavy style of play suits him less than the fast and direct game at Lazio.

@Myesyats wrote:Can anyone explain how Immobile is so good in Serie A but garbage anywhere else?

Well it's a good observation because it's emblematic his difference between Lazio and International context ( he 's never been good also with Italy NT , not capable to create half danger in that play off against Sweden etc)

I was wondering it too. Sproportion is evident.

I think Immobile is a particular CF, it's fundamental both the emotive aspect than tactical to get the better from him imo

the technical-tactical matter could be extended also   outside the field: Immobile struggled to adapt in Germany,  during his Borussia Dortmund experience, he said that " Germans are cold people, there is no healing : I've been for 8 months here and  not even a  teammate has ever invited me to his house to dinner "; in another interview  , he explained how he felt as isolated from the rest of the team in Germany ,   the language was "too difficult", focusing on how German language is too difficult to be learnt.

I believe he needs of a environment that does not depress  him, both from  human and social point of view; expectations that must not be excessive and so measured to the expectations of the clubs -

How could I explain what's  Lazio ? Lazio is a sort of Sevilla that doesn't win Europa League but Coppa Italia - and in particular I mean they are a club who receive many compliments and few criticism - they are a club that aim to Champions League  place in silencie but they don't admitt this , they joust between 4th and 5th place during the year playing an entertaining football, they have the period where they are on fire, then they bottle it and at the end they go in EL. But no one cares about it, no one rates it as a negative result , a failure, they have cashed congratulations during the year and that is enough.

After I focused you (good imo) what it is Lazio, you can understand why it's the proper team for Immobile.

After surely there is also a tactical matter, Lazio system developes his characteristics at best, his physique (185 cm and 85 kg) allows him to be explosive and resistant , so he gives his  best when he can attack the penalty area, amd not when he has to occupy it or he must play with teammates. and he gives his best in open spaces.

So he is a complex player,especially about his emotive aspect and I think it is the decisive factor in his performance.
_________________
#TeamVAR

Lazio is a perfect environment for the reasons @Robes posted. Added to that, Simone Inzaghi is a good coach, gets the most out of his team. It's unfortunate because his style matches perfectly with Klopp, but when they coincided at Dortmund he didn't adapt to Germany.

What goes for Bernadeschi IS that he is a very technical player as Max and Sarri themselves named him amongst Juve and Italia's most technical players but where he lacks is a frail mentality as a result of not being coached too well in Fiorentina's coach merry-go-round along with being used in far too many positions early in his career since he is compliant as a player.


Immobile did not particularly flop in Germany as many instances he looked very good, and the Champions League in particular but simply did not look happy and rather look isolated there. Ciro like strikers of his ilk are very hot and cold and known here as 'Confidence strikers' as they either perform very consistently or do not score for stretches at all.

It always was a surprise he has done this well in his career as he never was touted for that but few strikers are as two-footed as him along with leading the line he does for Lazio.

Inzaghi has given him full reigns of the front-line and it is no surprise that confidence in the Southerner has had him perform rather than having to consistently compete.

Both players mentioned have that in common and these misconceptions have to be cleared for once.
_________________

Ignore the title,appreciate the player 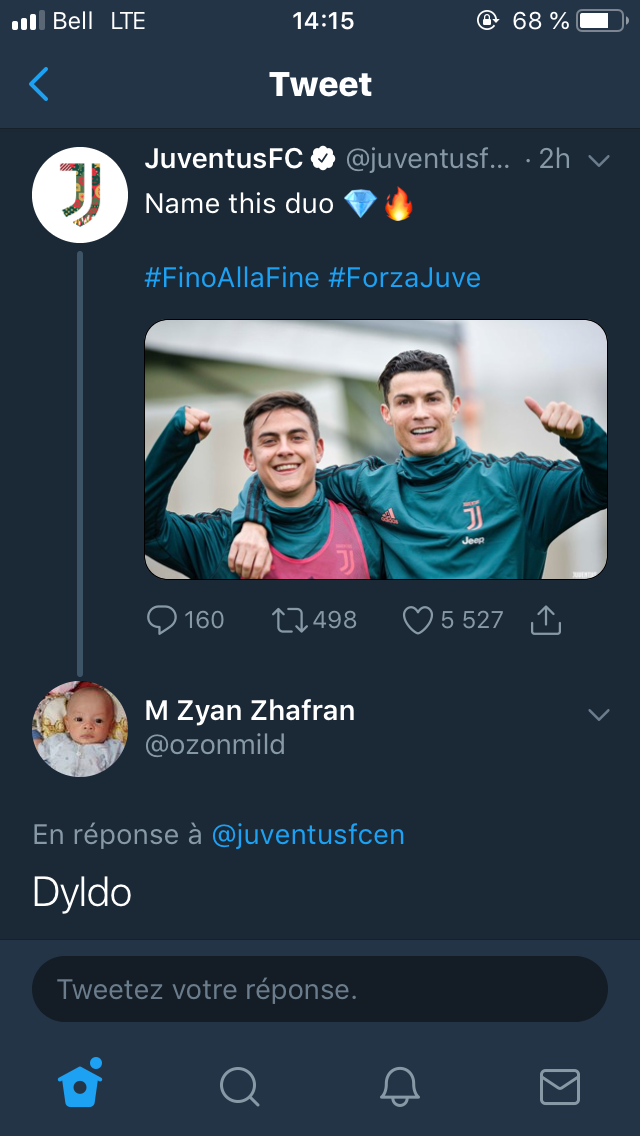 Di Marzio said we are in pole position for him for June, I hope it ardently

What the hell. Just read today we will buy him. Italian sources are so generous

I'll post my thoughts on this in the racism thread.

Di Marzio said we are in pole position for him for June, I hope it ardently

i didn't claim otherwise
there used to be times when i constantly posted latest comps,now i checked my feed after a while and thought to post something relevant

How we haven't conceded yet is beyond me. Inter have had at least 2 chances put on a platter for them due to really poor mistakes.

We have to do more with the possession we're getting. Gotta get out of the sideways passing game and attack Inter more vertically.

@McLewis wrote:How we haven't conceded yet is beyond me. Inter have had at least 2 chances put on a platter for them due to really poor mistakes.

We have to do more with the possession we're getting. Gotta get out of the sideways passing game and attack Inter more vertically.

thought those backpass by veretou, was bad and absolutely lukaku should have scored... with only mirante to beat.. .

then there was great cross for lautaro as well which he should have scored. personally i think roma did well except those backpasses / and mirante having nervy moments in possession was really bad that also got mancini a second yelllow unnecessary as he made tactical foul...

though on one on one batte between mancini / smalling vs lautaro / lukaku, smalling and mancini pretty much handled with ease so the only missing part of roma was end product.... unfortunately dzeko was ill, so cant blame roma

im so jealous of that smalling mancini partnership.. they are so good. though back in defense inter's godin and Škriniar didnt let roma get any inch either ... impressive.

i thought mancini was suspended for this game... now he is lol and will miss the next match

roma does have option to buy smalling for 15 million no? because i heard that smalling will return to manutd after loan...

Inter with all the chances to win it while Roma had great play but couldn't manage to convert it into shots. Nice game all in all.

Now we need to beat Lazio away to restore order on the table.

Bentancur was playing an excellent match and got injured, with Ramsey and Khedira injured and Tabiot just recovered, it meant that Can once again plays...

Dybala has the winner, shot poorly instead of scoring or passing to Ronaldo. Soon after now a red card for Cuadrado.

Very quick turn from a good game to a potential disaster.

THE MAGNIFICENT-SAVIC PAYING BACK WARRIOR FOR ALL HIS FAITH