Douglas Costa playing a pass to himself for the 4th

Just the numbers for keeps: 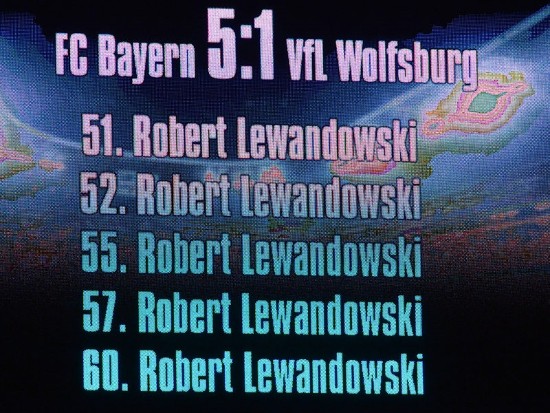 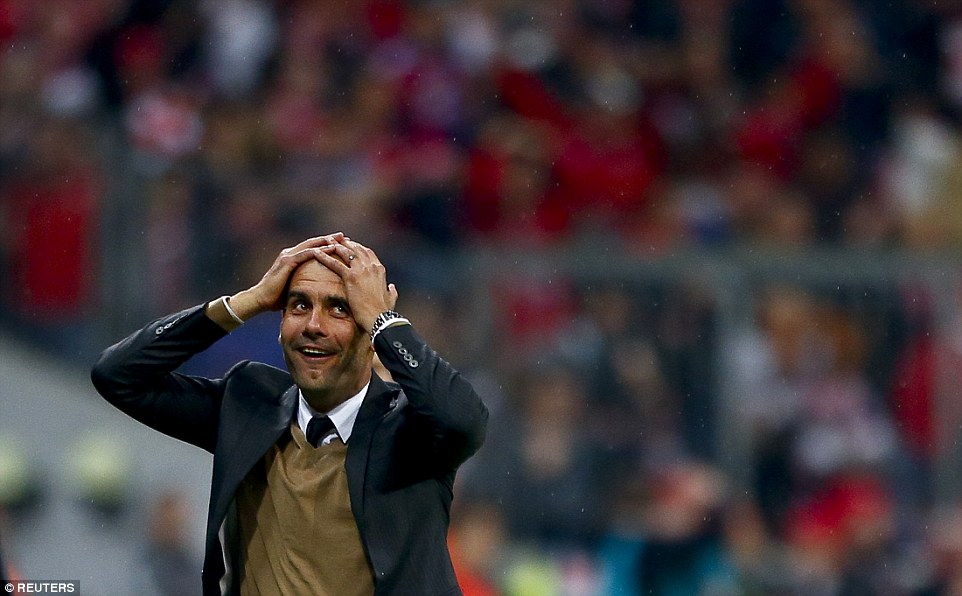 Or outside of the usual conspiracy theories he was just shocked at his striker basically doing something he's never seen before.

You know like how everyone else would be, but nah he secretly wants to take shine away from Lewa because GLs conspiracy theorists say so.

I thought they both were just joking...

I shall not doubt your psychoanalytical skillsets, farfan, friend. But I'd like to plead in favour of the good in mankind and that we shouldn't always see the negative things first. Mister Guardiola was surely very pleased by the performance of his striker and couldn't hold his emotions. At the same time I want to strongly underline that your interpretation of events of course also has its merits.

No! Goatrez doesnt have one. Or am i missing something?

As I'd say no one would put on such a silly grimace voluntarily, I would plead for considering this a genuine show of emotion.

Btw, i agree with farfan. Thats how he was busy oohhing and woowwing at a routine messi nutmeg at the nou camp against man city like he was about to get laid. Pos tbh

Also, the bundesfodderification of GL is starting to seep over

The only thing that can describe 1% of my reaction:

I remember when I was laughed at on this forum for rating him. He's come a long way

Still on some matches, he is just utter shit at finishing. He needs to sort that out. This match tho

Don't think he'll ever sort that out tbh, just who he is really. Always been like that at Dortmund but at the same time there's something to be said for always getting into position to score.

A lot of the chances he gets a so called better finisher wouldn't actually be in the position to score them like he is.

Not impressed, he's just playing on semi-pro like all the other 12 year olds on career mode who score 10 per game with their CB's

M99 wrote:I remember when I was laughed at on this forum for rating him. He's come a long way

i bet this never happened .

this is turning into a running gag in this forum , such a cliché thing to say .

i'm checking some old Lewa threads and you're noticeably absent from most of them . so much for the " me vs the world " narrative you're pushing right now.

urbaNRoots wrote:looool good for Dortmund, hopefully they can get a clinical striker now.

Basically well except he has a better attitude and higher work rate other than that their traits are almost identical.

Adit wrote:Good call RG..Adebayor is exactly the player i think of lol

The Franchise wrote:I would say Adebayor is better tbh lol

no need to continue ... from what i saw in these old threads , the majority of this forum didn't rate him until the Madrid game .

most people probably haven't even watched him enough but felt the need to criticize and downplay him when he was being linked to Man U and other big teams in the winter window of 2012-2013 .
most of the early threads about him are GL posters saying he sucks, and german / polish posters who actually know the player correcting them

Thought we were friends farfarce

sorry .
you had to be there because of Mole's post .

I admit I never rated him back in 2011/12. But my only problem with him (hence Why I called him the Polish adebayor) was because of his inconsistent finishing.

I have seen errors of ways now though. Elite striker

You notice not a single bad thing coming from me about Lewa. Rated him ever since he was born imo.

Back me up lads.

Tom is 1/16th Polish so he naturally rated him back when he was a nobody.

Tom in 2011 wrote:Nice ass on that Polock. I bet he'd look good in a skin tight number nine jersey.