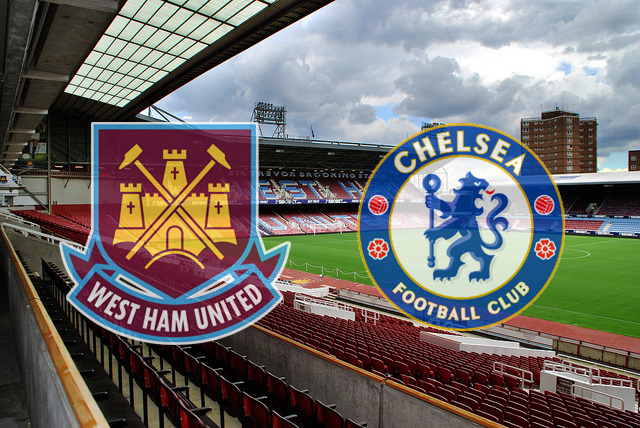 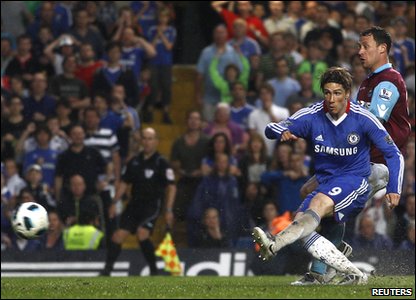 
-----
On Saturday, Chelsea travel cross town to face off in their second London derby in less than a week, this time against rivals West Ham United.

Both sides come off the back of disappointing results mid-week, with West Ham losing 1-0 to Manchester United, while Chelsea played out a sleep-inducing 0-0 draw at home to Fulham.

Eva will dominate, I hear she has great ball control

Lets get ready for another borefest!

I wonder how defensive Rafa will play against Fat Sam's West Ham juggernaut.

We have to score in this game it is getting embarrassing, ffs Stoke has scored 4 more goals since our last one.

We have to score in this game it is getting embarrassing, ffs Stoke has scored 4 more goals since our last one.

He'll set the team up to defend for dear life, no doubt...

defending against a hoofball side

Surprised by how good this has been so far, had such low expectations. Azpi <3

Here's why Kick is a better Manager than Rafa:

Leading 1 0 at half time, Tomkins was playing Like Torres and allowing Chelsea to dominate midfield. On comes Diame, as soon as I saw this I knew they would play a much better second half. What I would have said to the boys; keep the ball, play it back to the goal keeper if you have to. Make Charlton Cole run after it as he was their only attack minded player. This will force the rest of the team out and open up gaps, then you attack, however, Keep the freaking ball.

If we had done that, we would have won. 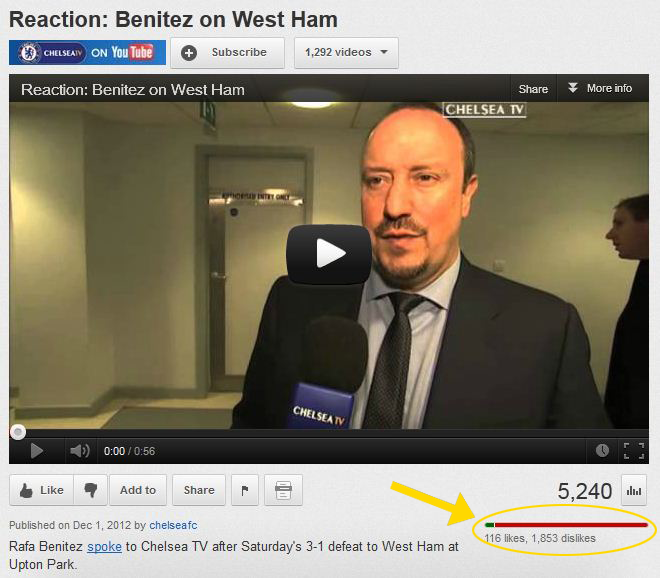 They also disabled all comments on this video, just as they have been on every video relating to him since his appointment. They don't even have the balls to let the supporters say the truth about this useless sack of shit.

this whole situation is just shameful.

Worst. Away. Game. Ever. 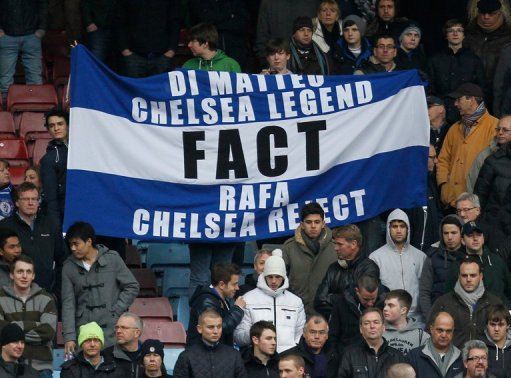 BTW, for those who didn't see the match, this in all its magnificent glory was unfurled towards the end. The latest addition in our ever-growing collection of Robbie signs

By far the most interesting thing on the day as far as Chelsea were concerned.

Chelsea played a match against westham? I thought Mata just accidently ran in on their training scored a goal and our fans protested Rafa.

Kick wrote:Chelsea played a match against westham? I thought Mata just accidently ran in on their training scored a goal and our fans protested Rafa.

Actually, the anti-Rafa demonstrations didn't start til we went 3-1 down, and that banner wasn't brought out until the 3rd West Ham goal went in.

maybe the 3rd goal was scored as an anti rafa protest?