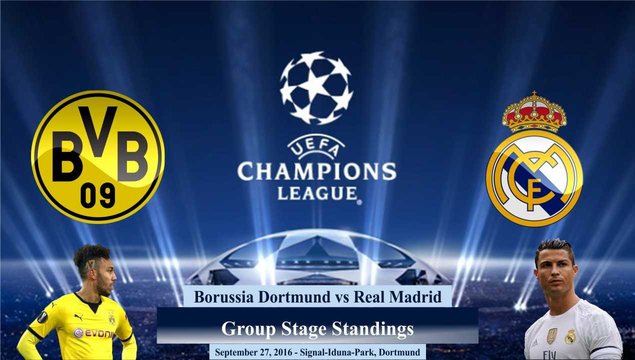 
It's fair to say that our current form is worrying. We seem to have fallen into a rut of toothless, passionless, tactically wretched football and our players are growing more apathetic with each passing day. Z's deeply flawed formula of relying on individual talent, set-pieces and crosses while completely lacking tactical acuity and attention to detail has finally started to show its shortcomings. Ironically enough, it looked quite effective at first with us racking up maximum points in the first four games, even at the infamous Anoeta. But then, when individual brilliance and set-pieces grew relatively scarce, our strategy got exposed and, consequently, we started to see a completely clueless team struggling to win even against the weakest opponents in the league.

When the fog of luck and individual brilliance cleared against Villarreal and Las Palmas, we saw the real Real Madrid: a shy, submissive, unambitious, indifferent team playing ghetto football even though it's filled with some of the most talented footballers in the world.

Now, you can blame this on the injuries of Ronaldo and Gareth Bale, as well as the chronically injured Benzema. But truth be told, this worrying trend can be traced back to last season when everybody was fit and still we were struggling even against the likes of Roma, Wolfsburg and City.

Some of you truly love Real Madrid and aren't supporting this club for Ronaldo, Zidane or anybody. You're just here for that white flag and nothing else. To you, I say the following: your club deserves more than this ghetto football and underdog attitude.
_________________
I ****ing hate Komodo dragons

@demon my man. Not to worry, I know you guys will come around maybe only at the expense of good football. Slumps are normal in the game (even if I know I can relate to your frustration)

The only worry here is that I think ronaldo should have been sold last season or two ago. Not because he isn't good anymore but the fact that his cycle has probably been over-flogged and possibly come to an end.
He's peaked already (let's be honest here) to the point where he might possibly be a liability from now on (regardless of if he scores 50 goals or not)..

Even bale will be 28 years old by the end of the season. Which is old by football standards, so when is he exactly suppose to lead this team? By 29, when he's become old news? Yeah, I know Ronaldo ended last season on a high but still that bridge has been crossed

2. Zidane isn't tactically experienced to give madrid the kind of footy they want now. So just give it a little time (even if that is a luxury madrid can't afford right now) but still. Whatever zidane is lacking now will only come with experience. Only let's just pray that it doesn't come at the expense of the team/results. Not everybody will be guardiola.

Ronaldo has lost his pace, he lost his dribbling skills, he lost his explosiveness. He is now losing his ability to put away chances.

James starts in midfield, Navas is back, Benz starts in attack. Not sure how much i like this line up but Navas is back. Prepare yourselves for some inhuman saves while our defenders go missing. So glad to have him back
_________________

Ok. I've been holding back from criticizing Zidane. The man is a legend and won the champion league last year.

But that starting eleven versus a team like Dortmund doesn't make a bit of sense.

I hope I am wrong.

CR the king of CL

@halamadrid2 wrote:James starts in midfield, Navas is back, Benz starts in attack. Not sure how much i like this line up but Navas is back. Prepare yourselves for some inhuman saves while our defenders go missing. So glad to have him back

Navas has been shaky all night, dreadful keeping

It's not Navas' fault Varane is in the way

@halamadrid2 wrote:It's not Navas' fault Varane is in the way

This is sarcasm, right?

We were good defensively for once even with dead body James out there. He was dreadful. Danilo so so. Varane was goat, Ramos and Carvajal were solid. Benzema isn't fit to play professional football these days tbh. Bale was bad too.

Navas ruined what would-be be perfect first half.

Varane has been superb. I thought we were alot more adventurous with the ball than a la Liga game and I like it. Ronaldo obviously upped his work rate.

Not liking Benz this game. A perfect example of his apathetic demeanour was shown when Carvajal made a pass to him and Benz tried to juggle the ball over their player and when he lost it in that sequence he just stood and watched as the Dortmund player chested the ball down in peace.

@halamadrid2 wrote:It's not Navas' fault Varane is in the way

I hate how Navas never catches the ball but always punches it away.

and we are stuck with this exact same group cos of the transfer ban....oh goodness me

Ramos was absolutely awful. Carvajal was surprisingly poor too. Ronaldo, other than the goal, was pathetic too.

BBC are really in poor form.

Tactically, we had it exactly right but the players just didn't execute.

We can't defend without Casemiro.  Maybe we need to stick one of our CBs as a DM now.  I don't see any other option.

benching Ramos for Pepe once he returns would be the obvious adjustment. But we know that can't happen. I was silently hoping he would get a red at the end there lol.

2 silly mistake from Navas and Carvajal gave away what would have been a deserving win.

I really liked the heart and effort showed by the team and how we didn't really panic with the ball. James Rodriguez is useless and have no idea what to do when he doesn't have acres of space to cross. Had we played with a proper mid instead of James we could've attack them much more.