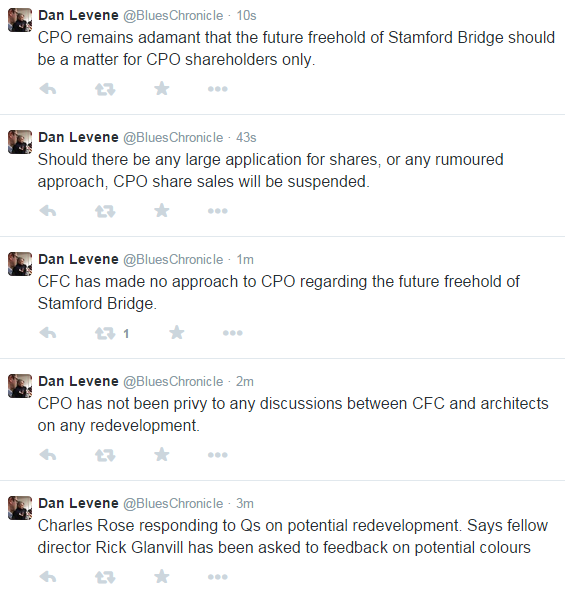 Meeting going on as we speak and you can keep track of Dan's timeline as he live tweets the open Question & Answer period.

With his team back on Championship form, and a new contract on the way for the man who helped it arrive there fully FFP-compliant, Roman Abramovich only needs one more thing sorted at Chelsea: the ground.

The issue of Stamford Bridge’s capacity has been a weeping sore ever since everyone’s favourite Russian landed his helicopter in SW6. Attempts to resolve that—notably the botched attempted “land grab” of Chelsea Pitch Owners shares in October 2011—have come to nought so far. But from what I hear, big moves are afoot.

Abramovich himself sent out a crack team to investigate the feasibility of redeveloping Stamford Bridge as a 60,000 capacity super stadium fit for the FFP era. That was initially expected to report back last September, but after the public relations disaster of the last attempt to convince fans that changes were necessary, eggshells have been well deployed underfoot this time.

There seems to have been a concerted effort to get all the ducks in a line, as spin doctors are one to say, and Chelsea’s support could seldom have been more receptive to the possibility of a “trust me, I’m Roman” plea than right now.

Sources close to the redevelopment project tell me fully fledged paper plans exist showing a new, improved Stamford Bridge on the existing site—though you won’t hear that from the club itself.

But I’m told there is a confidence within the club, following changes to planning legislation, that the requisite permissions can be secured within the season—perhaps even by the end of 2015.

Which means, depending upon your confidence in a planning system that now firmly puts the applicant ahead of the local objector, the potential that 2015-16 may even be Chelsea’s last season at Stamford Bridge as we know it.

However, nothing has been left to chance, and rather than browbeating locals into accepting contentious plans, or taking advantage of loopholes, the club has spent over a year meeting what the wonks like to call “stakeholders”—local residents, businesses, influential bodies and community groups. Their aim has been to find what issues those that matter might have with this development.

The hope is to get that rarest of things: a proposal that suits everyone. That will require the redevelopment of a whole stretch of Fulham Road, improved public transport access, and safeguards to ensure matchday exuberance is less likely to spill over into neighbouring homes and gardens.

This is no mere facelift, but a full demolition and rebuilding job, and that will require the movement out of the Chelsea area for at least a season, probably two.

Earlier suggestions that the Blues might march into Twickenham for a campaign or two were met with horror in the genteel streets surrounding the home of rugby.

But much consultation has been conducted in this area too and, coupled with a significant recent change in the political climate in that locality, there is a belief that what was once seen as impossible may be made to happen; maybe with a spreading of the impact across more than just the one stadium venue.

These are exciting times for Chelsea. After a decade of saying it could not happen, there is the real prospect that in 24 to 36 months time, Stamford Bridge could become a 21st Century sporting venue fit for generations to come.

This will undoubtedly be a major story over the coming closed season. Watch this space…

Massive news, if true. A demolition of SB would be very interesting to see.

Good news if it's possible, it's like a 40% expansion.

Yeah, it's not going to be cheap, though.

a great read on why an expansion is important.

would be awesome if we could

Chelsea owner Roman Abramovich will unveil his remarkable vision for the future of the Premier League champions on Tuesday at the start of a three-day public consultation at Stamford Bridge.
The exhibition for local residents will be the first glimpse for Chelsea fans of Abramovich’s blueprint for a rebuilt 60,000 stadium that he wants to be a cathedral of football, paying homage to the club’s history at their one and only venue.
The design of the four new stands will take their inspiration not from the uniform style of most recent stadiums, but from the buttresses, pillars and gothic architecture of Westminster Abbey in whose diocese Stamford Bridge once stood.

And the history of the club’s surrounding neighbourhood has been studied to the extent that a modern version of Stamford Bridge itself — first mentioned in 1410 to be in need of repairs in the court rolls of Henry IV — will be part of the grand design more than 600 years later, going back to the future.
This attention to detail has even included researching the exact shade of the original Chelsea blue.
The building plan — with no estimated cost at such an early stage but likely to be well in excess of the mooted £500million — is being financed by Abramovich, who is conducting the whole ambitious project as a separate entity run by his people away from Chelsea Football Club business.


He has assembled a professional A-list team comprising a masterplan architect (Lifschutz Davidson Sandilands), stadium architect (Herzog & De Meuron), strategic planners (Aecom), railways and transportation (WSP) and structural engineers (Schlaich Bergermann & Partner) to work on the plan.
It would see Chelsea spend three seasons playing at a temporary home, with Wembley and Twickenham two possibilities.
Abramovich, who bought Chelsea from Ken Bates in 2003, is understood in June 2013 to have finally reached the conclusion that the club should stay at Stamford Bridge and extend there rather than move elsewhere.


This follows a frustrating decade in which Abramovich examined a number of fanciful proposed alternative sites including Earls Court, Battersea Power Station, White City, and Chelsea and Westminster Hospital. But none proved feasible — with the only winners being those who collected the numerous consultancy fees.
Billionaire Abramovich’s eureka moment has led to his handpicked group working for two years towards this first consultancy exercise, which will take place in the East Stand.
The fine detail will see the Chelsea owner and his building team work within the contours of the current site at Stamford Bridge, with the new four stands even following the angles of the old singular North Stand and the shape of the ground as it was in 1939.


Most of the new seating capacity will be in the South Stand and the two hotels on the concourse will be demolished, with Abramovich wanting his new Chelsea to be for football only.
The benefits to the neighbourhood will include long-planned pedestrian walkways above the railway lines that define the boundaries to two sides of the site, plus seats reserved for local residents.
Despite the disruption the building of a new stadium will cause to locals, Chelsea fans can be assured that it will at least guarantee the Abramovich ownership dynasty.
Part of Roman’s reasons for wanting to spend the best part of another billion pounds on Chelsea is to eventually hand over a stadium fit for a European football superpower to his eldest son, 21-year-old Arkadiy, who has inherited his father’s love of the club. 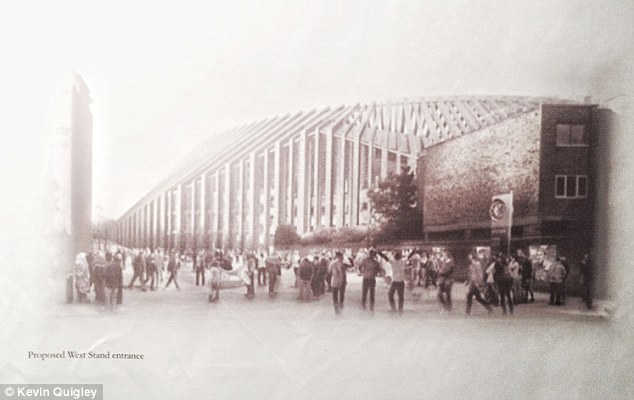 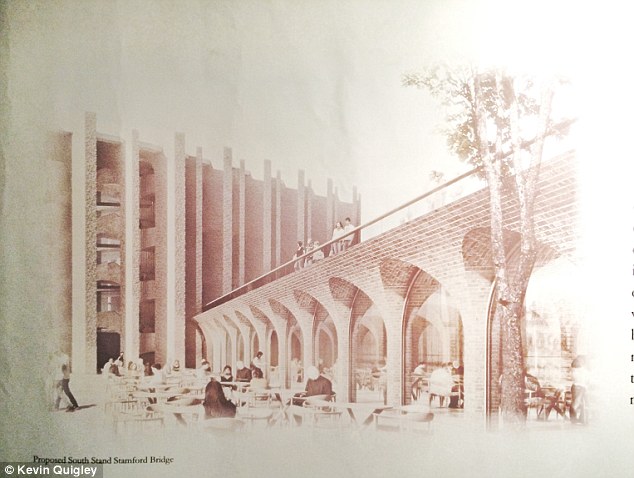 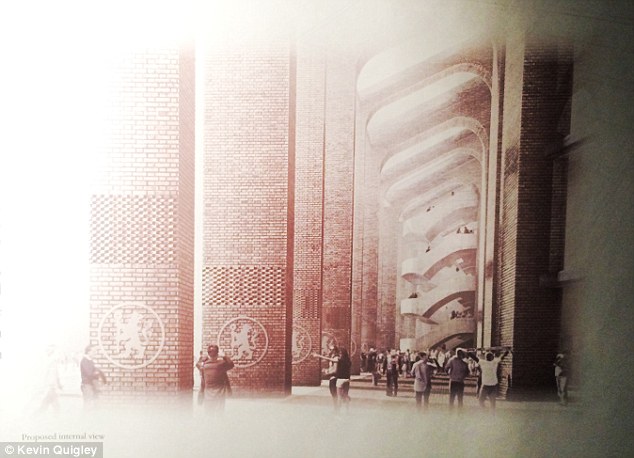 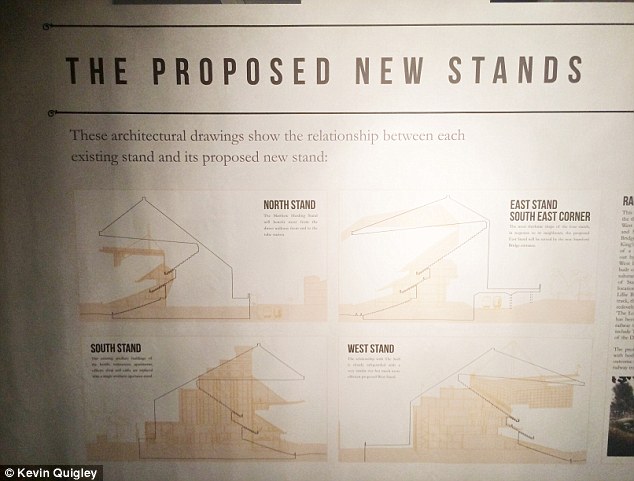 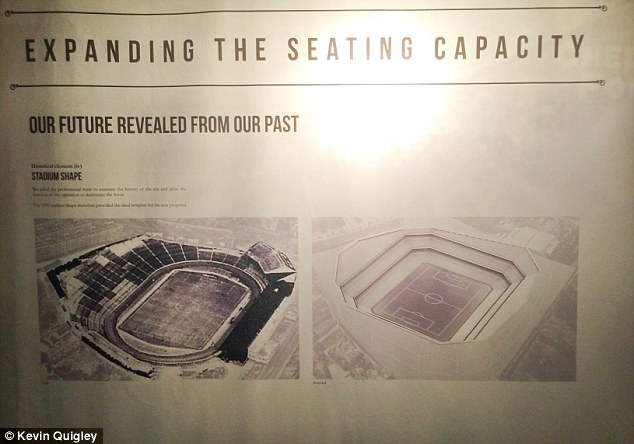 We're really lucky to have an owner that's loves the club

Indeed, much to everyone's disbelief.

Looks like the Abramovich years will continue beyond Roman, too.

A good read on the new Stadium Proposal:

Many supporters will have reservations about having up to 15,000 corporate/hospitality seats in the East and West stands (from the existing 4,000) in a stadium holding 60,000. If that 15,000 figure is correct then out of an increase in capacity of 18,000, only 7,000 extra seats will be non-corporates

An interesting section of it, 7,000 non-corporate seats doesn't mean many more fans can go, but we could potentially have lower ticket prices if we make more from corporate seating.

Chelsea and Tottenham Hotspur might have to pay more than £15 million a year to use Wembley as their temporary home while they redevelop their stadiums.
The Barclays Premier League clubs have made an offer to play at the national stadium and hope that the Wembley board will soon decide whether either or both will be permitted to do so.
Chelsea appear to be in a stronger position after offering about £11 million, some £3 million more than Tottenham. Wembley hopes to earn about £15 million in annual rent and could also ask the London clubs to pay for their additional venue costs, such as security, which could run into millions of pounds, although the clubs may be able to recoup the money from extra revenue because of the increased capacity of Wembley. There is thought to be a difference of opinion within the FA over allowing a club to use the ground, but the applicantsmay try to argue that Arsenal were once given permission to use the stadium for Champions League matches.
A swift decision would help the clubs to find an alternative venue and Wembley to plan for its other sporting and music events. Chelsea will need to move home probably for three years, while Tottenham will need another ground for at least one season, also from 2017.
Tottenham have held talks with Wembley officials and also about a move to stadium mk, the home of Milton Keynes Dons, over a number of years. But they were forced to go public last week and call on the FA to “do the right thing and accommodate both clubs”, apparently fearing that they had been overtaken by Chelsea.

Chelsea and the FA have agreed in principle for Chelsea to play at Wembley while Stamford Bridge is redeveloped.

Our official model of how the new SB will look:
http://www.dailymail.co.uk/sport/football/article-3217477/Chelsea-fans-look-new-home-club-unveil-model-Stamford-Bridge.html 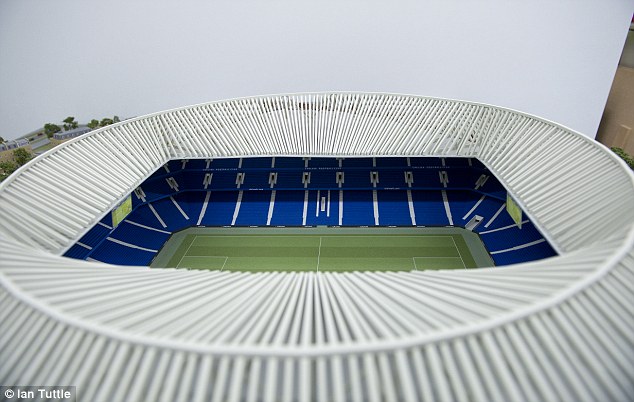 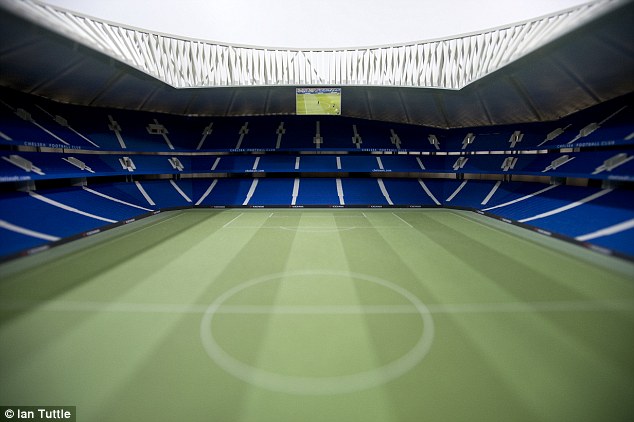 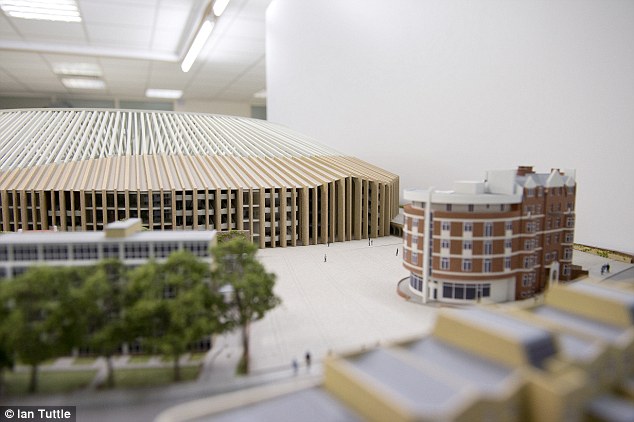 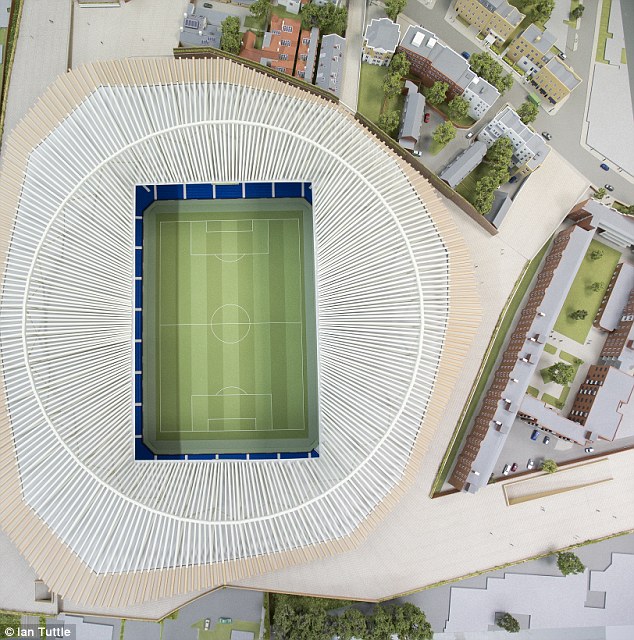 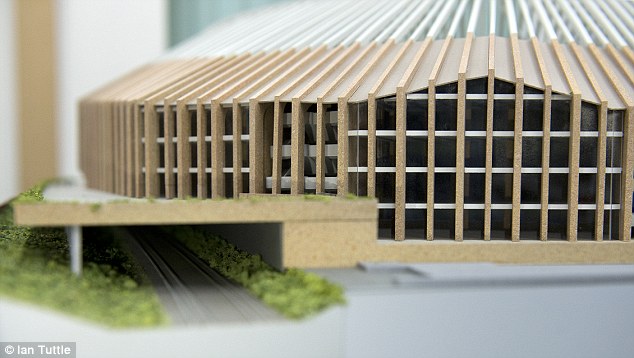 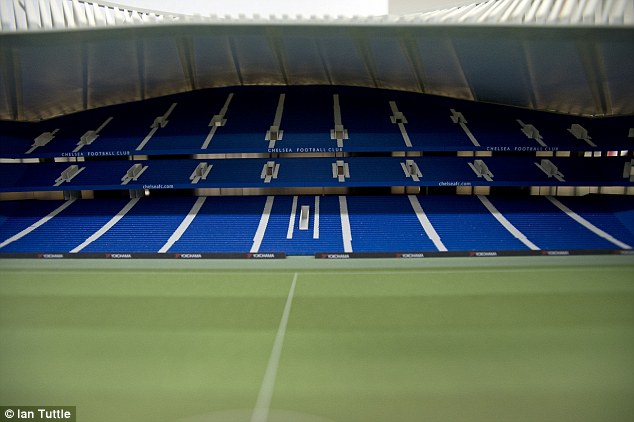 The inside looks like a typical modern day stadium, the outside looks rather interesting, though.

Corporate graveyard. Just like all the other stadiums of the day. Main reason I was leaning on the opposition side to a move.

Here are more images (plus a nice read) on the proposed stadium.

@Shed wrote:Corporate graveyard. Just like all the other stadiums of the day. Main reason I was leaning on the opposition side to a move.

I know what you mean, but PL clubs get too many people going to games to play on grounds that have hills and standing zones are of course banned; if you want a bigger ground, this is the only model to follow really

But I guess it's just a stadium.

It's bold. I am not sure I like it presently, but it'll probably grow on me.

Better than most modern day stadiums which all look like grey bowls.

Today at 8:27 pm by BarrileteCosmico