@Zealous wrote:Jese and Sarabia aren't demanding 1 million euros so no it's not the same situation.

You don't seem to want to understand that Mata is an idiot and a money grubber.

So what if he is a mercenary as long as he can perform on field? We ended up to pay to double the amount Mata asked so maybe his valution of his worth was right?

You are missing the point entirely. It doesn't matter whether he deserves it or not.

Iker Casillas wasn't making that much when he was playing in Champions League finals FFS. If we paid Mata that much for doing nothing then we would have to do the same for every Castilla product that we promote.

I don't miss Mata for a second unlike Soldado, Borja Valero, De La Red and Negredo who never asked for ridiculous salaries or insulted the club that made them professional footballers.

Playing for Madrid is the only motivation a cantera product needs. And trust me the club repays loyalty and hard work when it comes to the cantera.
_________________

common now dont anyone try to justify mata trying to ask that much money from his own club.

people might see it in a perspective in which if he's THAT good and if we waste it on poorer talent then it is worth it, but not really. he should have just come into our team and we would have gaven him chances to prove him self.


i hope the hole sitatution with youth gets better and we learn how to deal with it in a very good way.

jeez i wonder how much guys like alcantara or iniesta or messi asked to play in barcelona...

there has to be a set structure or else its a mess.

@Zealous wrote:Drenthe was epic fail I agree but at least he looked like a safer bet. He had just won player of the tournament at the U-21 Euros.

Mata did pretty much nothing to ask for 1 million a year. Also if we paid that money grubber 1 million a year we would have to listen to every single cantera product ask for similar amounts. We have a strict structure when it comes to this so stop acting as if you could do better with handling how we spend the money the club has.

If Mata stayed and tried to prove himself like how a real cantera product should act I'm sure the club would have been more than happy to pay him a good salary once he had become an established player.

The whole point of having cantera is providing the first team with players who are hungry to prove themselves and play for Real Madrid because they understand what a great opportunity it is. A guy like Mata who is in it for the money is not someone the club needs.

If anything the way he acted towards the club who he owes his professional career too has been nothing short of disrespectful IMO.

On this note, it is interesting to see that Mata chose to go to Chelsea instead of Arsenal. Arsenal now have the funds to shell out for a top player like Mata, but the reason why ManU, Man City and Chelsea beat them to signing top players is down to the fact that Arsenal cannot pay the same kind of wages as the 3 teams mentioned.

Tactically Mata was a perfect fit for Arsenal and would have walked into the first team. Choosing Chelsea instead is not a football lovers choice, its motivated purely by money. Now he has to fight Malouda, who is rubbish, to win the heart of AV Boas

This serves as further proof that Mata has gone for the money.
of AV Boas

This serves as further proof that Mata has gone for the money.

Arsenal never made an actual bid for Mata, he didnt chose anything, Chelsea is the only team that decided to offer money for him.
_________________
Madridista naci.. Vikingo sere y Merengue Moriré

St_Nick09_of_Goal wrote:Arsenal never made an actual bid for Mata, he didnt chose anything, Chelsea is the only team that decided to offer money for him.

@error, I get your point but you picture it overly dramatic

All I can say, recently Castilla gets a lot of attention. If it remains this way I doubt another case like Mata's will happens again 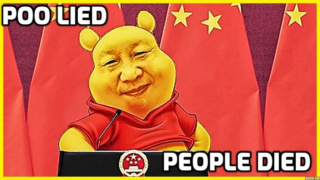 Yesterday at 12:50 am by Robespierre