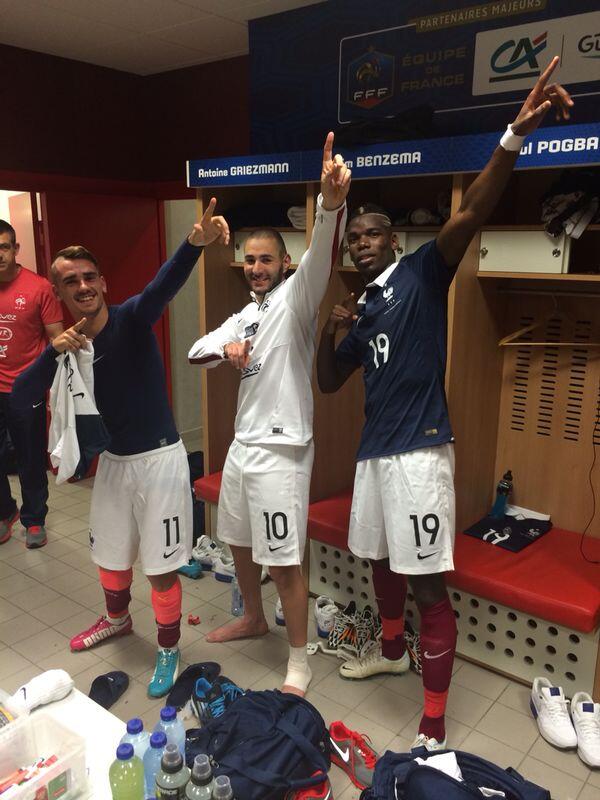 @sportsczy wrote:There's a very firm "Old Boys" network in France with the DTN (Direction Technique National).  These guys used to have a huge influence on manager hires for NT.  The good thing that came out of the Domenech fiasco is that the DTN influence got pushed waay down...  the 98 WC winning players have a ton of influence and they've asserted themselves.

Jacquet, who became the main figure at the DTN after WC98, chose the next managers for a while... and it was disastrous.  Lemerre, Santini and then Domenech.

When Escalette got fired along with Domenech, it marked the end of the DTN's power hold of France NT.

Very educational but was Lemerre that bad. He won Euro 2000 and at WC 2002 injuries such as Zidane's hit him.

The players ran themselves.  He was the lapdog for Jacquet before becoming the manager

When he got named, everyone was like wtf.  His hadn't even managed a Ligue 1 side before. it was all ligue 2 and lower.

After 1998 and until 2006, the players basically ran themselves.  The choices were all such a joke that they didn't have a choice.

I see. At least Jacquet was a top class coach even if his recommendations weren't.

@sportsczy wrote:Guaranteed.  Valbuena is the heart and soul of this team.  He had 2 fantastic games before last night and i thought he was ok last night too... just didn't want to get injured.

What do you mean his attitude was poor???  i saw the game and i must have completely missed it.  If you mean that he was disappointed that he completely missed the ball from 6m out all alone...  i think he was embarrassed.  It wasn't a bad attitude.

Seemed like he was the only one not enjoying himself throughout the game, and he generally seemed angry and trigger happy. I actually think he's one of the more important guys, but don't like him in the freestyle role.

Is Pogba doing well for the NT. Will he be a force in this WC?

Have not been following the friendlies. So kindly shed some light someone ?

Yeah he will be... most gifted midfielder on the pitch. Like most kids, he has consistency issues. Pogba is a beast though. Matuidi and Cabaye are better overall players right now... but not for long.

Frank Ribery has announced that he is retiring from NT competition... strange timing with the Euro in France in 2016.

But anyhow, he had his ups and downs. Mostly downs tbh. Two periods of very good performances: 2006 WC and qualifying for 2014 WC. Other than that, a lot of issues with him in France.

Not the best NT career, but not the worse either. I don't think he'll be missed much.

Given the state of the french NT in recent years, he leaves with his head held high. His 2006 WC campaign was great, better than any french player did this world cup imo (zidane helped).

i think he wants to preserve his club career given his injuries but i am surprised he is quitting now. Maybe his body is breaking down faster than we think but then again, Lham retired too, and he looks just fine

Underwhelming NT career. His best was during 2006 but couldn't emulate that anytime else.

My problem with Ribery was that between 2008 and 2012, he was given the leadership of the team and he did a piss poor job. He wanted the crown of leader with NT without doing any of the leadership dirtywork.. and nobody could take over the role since Ribery wouldn't let them. As a result, there were a lot of awful moments during the Ribery years of NT.

Kudos to him for turning it around in the past 2 years... but he's lucky that he got the opportunity tbh. After the disasters of 2010 and 2012, he would have been kicked to the curb had there been a capable replacement. Lucky for him that he was indispensible sporting-wise to the NT. Supremely talented players were blacklisted for far less than the things Ribery did (Cantona, Ginola, etc.).

Friendlies against Spain and Serbia in early Sept.  Exact same group as the WC other than Landreau, who retired, and Giroud, who is injured.  Deschamps said that he wanted to keep the exact same group for these games so the French public could thank its team for the WC... after this, all bets are off.

Lacazette replaces Giroud and Mandanda takes Landreau's spot. He also said that he was only going to take players from the reserve squad of 7 for the WC for the same reason.

Good thing to see Lacazette in the squad.
I prefer Kurzawa to Evra, I hope he'll be there for Euro 2016 in France. 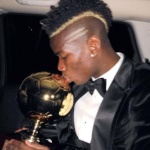 Kurzawa needs to prove himself a lot more... his start to the season at Monaco has been meh.

The guy i want to see is Ben Yedder. He's really talented. Rabiot and Martial are the ones that should make noise in about a year. Laporte needs to get a look too.

Wenger got fired by TF1

Admittedly, he didn't do or say nearly enough. Need someone with more energy.

i need a gif of what he did to those poor defenders.

He did way more than that but I can't find them all.

According to GL in 2012 Pogba was less talented than Januzaj, and Tom Cleverly was more suited to Uniteds way of playing therefore was better to keep than Pogba

And yes I am being serious, sadly

Some of Zizou's technique and Vieira's body... kind of insane when you think about what he could become. Seems like a nice kid too.

Juve would be massively stupid not to give him the money that he wants. You can't offer him 4 mil when other clubs are offering 8 (gross, not net). It's not even possible. Just give him the 8 ffs.

He'll be the next leader in this french NT, technical leader and probably the next leader in changing rooms.
This "kid" has the potential to be Ballon d'Or, he's a mix of Zizou and Vieira as said above.
His main problem is his nervosity on the pitch, sometimes he loses control of himself and he has irritated gesture that can be serious, that's probably linked to his young age. He'll get calmer with the time.
It's a chance for us to have a player like him in our squad.

Sport what's your opinion on Schneiderlin playkng CDM in a 4-3-3. You think he could start for a big team???

I'd love to have him at Madrid

He was doing that last year... this year, he's playing a more offensive role for Southampton since he's their best midfielder by far. He's got 2 goals in 3 games so far and should have more tbh... hit the post 2-3 times too.

To me, can pretty much all the CM positions. Just not AM. But DM, traditional CM or B2b... those are fine.

Schneiderlin is one of my favorites to watch in PL along with Aaron.

Probably the line-up against Serbia tonight:

Yesterday at 8:48 am by Harmonica

Yesterday at 4:35 am by McLewis