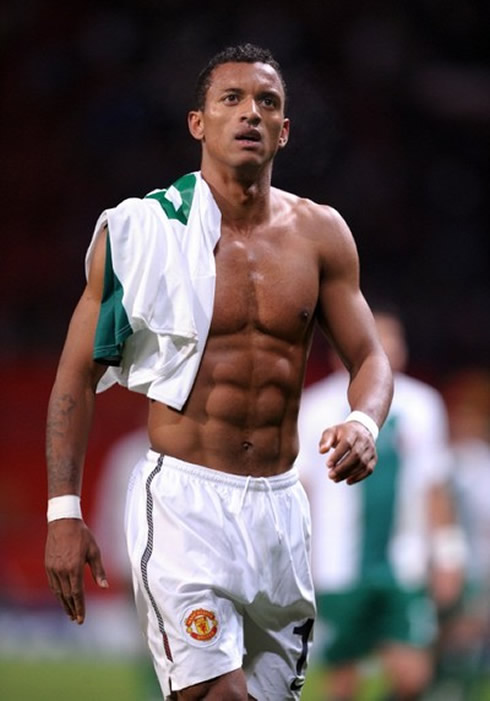 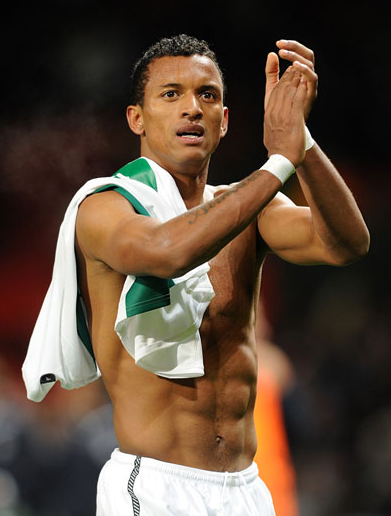 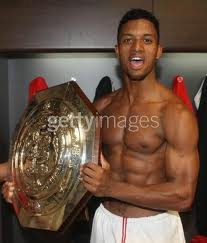 Best bit of news we've had all summer.

Nani must play along with Kagawa on Saturday; they both need a little bit of confidence and some assists/goals to give them a boost.

Moyes should know that Nani is a very important player for us; if Young will start again on the right side over Nani without a strong reason (an in-form Young), Moyes should reconsider his manager position at Man United.

then i will quit watching the match then and there. He should be put in the reserve squad or something, clearly not deserving a place at the moment. guy's form is horrendous

Well, Young started against Crystal Palace... I don't know why Nani hasn't been at least on the bench. I hope he is fine.

bet he starts tuesday vs Leverkusen

I hope so. Don't know what Moyes will do, but Sir Alex loved to use Nani in UCL.

forgot about that corrupt turkish asshole

How are you feeling now you’re back from injury and you’ve had the games for United and Portugal?

I feel very good. I think, at the moment, there are no problems with my condition, with my fitness and with my body. It’s all good now so I’m able to focus on my job and work hard to be at my best. I’ve signed the new contract so that’s fantastic. I’m ready to work hard and help the team.

How frustrating was the timing of the injury given you were looking very sharp in pre-season and during the game in Sweden when it happened?

Yes, that was because I was working very hard in that game. I tried to work very hard to give my all, 100 per cent, and use my experience, skills and everything. That’s why I pulled up during a run. Now I’ve been working carefully so it’s all progressive. I feel very good. I’ve played a couple of games and I think I’m ready to play more games.

You mentioned you’re excited to sign the contract. It means you’ll have your peak years here now..

I’m more relaxed as now I can focus just on the games and what I am going to do on the pitch. That is very important for a player to have all the things outside of the pitch sorted out. Now I have a new contract with Manchester United and I’m so happy. I hope to give back on the pitch to try and win more trophies with the club.

Do you consider Manchester to be your home now?

I felt home a long time ago. I think I’m part of this club as I’ve been here for a lot of successful seasons. Virtually all of my career, I’ve been here – I just had two years at Sporting Lisbon and all the rest was here. All my successful times have been at this club sothat’s why I am so happy. I feel at home.

We’ve had the international break and you came up against Jonny Evans. As he played full-back, were you in direct competition with him?

Yes, I spoke with him when I came on as a substitute in the game. We were losing so I said: ‘Come on Jonny, relax’. I was joking and, after two minutes, we changed the result so I started laughing but it was a good game. It was hard but a great experience for us.

Then it was off to the United States, when you started against Brazil..

It was another great game. It is always spectacular to play against a big team like Brazil. It’s always nice and everyone wants to play them. We lost but I think we did a lot of good things in the game.

After this international break, we’ve got a rush of United matches until the final World Cup qualifying fixtures..

That’s what I’m looking forward to – playing in all these games and doing my best. I think I need to start playing and get to 100 per cent fitness as quickly as possible because that’s very important for me.

Obviously, you’re suspended for the tie with Bayer Leverkusen but is there extra motivation in the Champions League after last season?

Of course. Always – every season – there is good motivation so, this year, I want to concentrate and do well because last year was unlucky. We should have gone far and should have got into the quarter-finals but the referee made the decision to send me off. We need to forget that now and think about the present and the future to work hard and do better.

If he stays, til the end of his contract, that's 10+ years at Man Utd. By the end he could be seen as a Man Utd legend/great. I hope he does perform.

He is already a Man United legend for me. He was part of some of our greatest UCL and EPL campaigns with Sir Alex.

However, the question is: who is going to play against City? Valencia will be for sure on the right, but what about the left side? Will it be Kagawa, Young or Nani? I'd go with Young or Nani due to the fact that they are more experienced in those kind of matches with City at Etihad. Also, Kagawa doesn't have enough minutes yet...for a match like this, you must be physically ready.

We should continue this in the City - United thread.

"A thread about one of our best players" aah those were the days. I keep forgetting this guy exists at the club.

Has hit a brick wall at United. Either he accepts a bit part role at Utd, or we get rid of him entirely.

There's talk of a possible move to Juve. If they give us a decent bid like 12/14 mill for him, we should accept it.

Nani had bags of potential, but never really worked hard enough or dedicated himself enough to reach that next level. Shame really.

I don't think it's a lack of hard work or dedication at all. That's Anderson. Nani has been injured for about two years now. He gets injured, comes back from injury, has a bad game, but then gets dropped like he's in bad form, when it's more to do with match fitness. I know it's a strange thing to say, but when was the last time Nani even had 5 games in a row (Young and Valencia have had many, especially Valencia), to get into form, over 2 years now.

Just look at Rooney, after getting injured in January, it took about until the Crystal Palace game to regain form, and even after that it wasn't consistent it dipped again.

Comparing Nani's form to Valencia and Young, you wouldn't be able to guess that it was Nani who is the one that's just had his second start in 5-6 months.

Saying that, if he does get sold I wouldn't mind, because he gets injured far too often, but Valencia and Young must go first. However, I'm interested in what van Gaal will do because Nani (unless we're counting Januzaj) is the only true winger in the squad that fits the way he wants.

Remember how GOAT he was like 3 seasons ago....that game vs Chelsea where he ruined Ashley Cole

Nani: "Before Moyes I was very happy, that was my club. But of course it is very difficult when a player like me is treated a certain way. If I come back to the club & they receive me well, if that they want me to be part of the team I will be very happy. If not [United don't want him then] we will find a solution."

He's started his season well 5 goals in 7 games (Sporting's top scorer). I don't know whether he should come back, tbh. I think it's something to analyse at the end of the season, not now. It depends on a) if he has a good season b) if he's in van Gaal's plans. Especially the latter, if we keep him for the sake of keeping him like Moyes did then there's no point.

Personally, if I was Nani, I wouldn't want to come back.

One of the world's greatest!

Here is the link to an interesting article I've read a few minutes ago:

Page 5 of 5
Permissions in this forum:
You cannot reply to topics in this forum
Latest topics
» The Official Dwayne Wade <<<<<< you thread

Today at 11:30 am by BarrileteCosmico

Today at 11:22 am by BarcaLearning

Today at 8:22 am by Robespierre