How do you know he hasnt done that already? Bayern's board is famously arrogant so I can imagine where that went.

He's butthurt because they refused to renew him and were talking to Haaland at the same time.

His agent speaks in the same manner so idk if it's just their tactic or something happened bts and they feel disrespected.

Maybe Bayern isnt as well run as they'd have you believe, its now multiple players that have complained about their management. I think Muller and Lewa also have issues with Nagelsmann

They are called FC Hollywood for a reason.

My words, can't they just let him leave. Do a valuation and ask him to bring a bid for that amount and thank him for his services

BarrileteCosmico wrote:How do you know he hasnt done that already? Bayern's board is famously arrogant so I can imagine where that went.


I gleaned it from the following quote of his:

Lewa wrote:Bayern is a serious club and I hope they will not keep me just because they can. A transfer is the best solution for all parties.

This doesn't sound to me like a quote from someone who got a firm no by their employer. To me, it sounds like he had a conversation with them, and even though it didn't go the way he wanted, the employer didn't give them a firm, irrevocable 'no'.

Also, I'm sure you agree with me that this is not the best approach to convince them to let him go. Going public with this may make Bayern close doors on any attempt of listening to him and allowing him to leave.

Not to mention that what he said will inevitably anger a huge portion of the Bayern fanbase and put a serious dent to his legacy at the club. He definitely could have managed this whole situation better.

Myesyats wrote:He's butthurt because they refused to renew him and were talking to Haaland at the same time.

His agent speaks in the same manner so idk if it's just their tactic or something happened bts and they feel disrespected.

Maybe Bayern isnt as well run as they'd have you believe, its now multiple players that have complained about their management. I think Muller and Lewa also have issues with Nagelsmann

im not familiar with what's going on, but i thought they only spoke to haaland (if they did) because they knew lewa wasnt committed to a renewal. anyway the guy has spent almost ten years there, and has achieved everything with them, they should be able to work out a deal. if i were them, i'd cash out , i mean he is in his mid 30s. strike while the iron is hot

I don’t see what all the fuss is about! Bayern have not said they won’t release and if statement is true they want 50M for him, i don’t view that as excessive. Especially when we are talking about last year's balon d’or, # 2 or #3 striker around. Especially when you see what has been available for 70- 100M and those already signed recently for 50+.

I find GL hypocritical. On one hand they want unlimited powers to players, yet they complain about players being held prisoner when they have signed contracts using those same player powers!

You don’t let an asset go with a year left on his contract for free. Quite frankly, 50M for him is a bargain.

50 million is more than a bargain. he's 33, i'd sell without thinking. moreover its germany, there should be other talent there that bayern can poach from and wrap up the league. i wouldn't let him walk for free though , especially not to barcelona lol....i hope they can't afford him, and go sign some scrub la liga dude from recreativo or somewhere

Dont see how Bayern are in the wrong here. They are asking for 50m which is a bargain price for one of the best strikers in history. Its Barca's problem if they can't afford to pay 50m.

Jeez how broke are Barca that they are refusing to match a measly 50m... someone start our gofundme for our poor brothers from catalonia

Lewandowski is panicking we are not even in june. Be professional and don't screw your club through the medias imo

would rather the money go there:

| Bernardo Silva wants to leave Manchester City and he would like a move to Barça. [@gerardromero]

Barcelona will offer between €30-40m for Robert Lewandowski, and they believe that his transfer is a matter of time. However, Bayern will have to find a substitute.

Even at his age this is a huge coup by Barca tbh. Should've won balon d'or just last year. Much better than what you have. This purchase should not be a problem. A problem us holing on to your mental midgets senior players. Roberto has been offered a new deal. Pique will have to be paid the money he deferred (knew he didn't just give up money just like that) and Busquets will not get a competitor/replacement etc that is your real problem

Agreed. Lewa is definitely better than any option they have right now, and he will give them enough time to look for a more permanent and reliable solution.

You know, Xavi is doing a pretty good job in the market considering the very limited budget he has.

Disagree, Xavi is after efter spanish scrub there is in Europe. Auba was probably not even his choice. He wanted Morata ffs. He bought Ferran for 55ME and is now buying Azpi and Alonso. Safe to say Barca really need to keep him the hell away from recruitment

Myesyats wrote:The rumored players that Xavi wants if funds allow it and depends if Dembele/FDJ stay or leave

Who you're actually getting:

Even then you would be feeding into the vicious cycle of high salaries as they would be free agents, thus high wages

Eat your humbe rat-infested Paella pie and accept this L

That wasn't the point though, the post you quoted was supposed to illustrate who Xavi wants to show his taste in players is not scrubs like Morata, who he'll get is another story

besides the window isn't even open yet you delinquent, get off your mentally challenged horse now boy

Barcelona have submitted the new proposal for Robert Lewandowski, as expected - after player confirmed to Bayern his priority to join Barça this summer.

€35m with add-ons on the table, as @wlodar85 reports - but now Bayern sources feel it’s still ‘not enough’.

Myesyats wrote:the only and first Polish player to play for Barca's first team in history

This looks pretty Polished to me. Agree to disagree 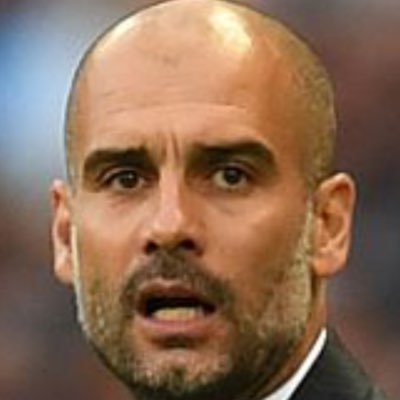 How many goals for him to not be considered a failed signing? Aubameyang scored 11 in 17 La Liga games in a worse team overall which gives him a 0.64 goals per game

I think 20 goals should be the bare minimum if he plays the full 38 league games, not sure if expecting 23+ is optimistic or not considering new league and all that

Barça president Laporta: "After Lewandowski deal, we are now looking at strengthening the defense". #FCB

"We competed with PSG and Chelsea for Lewandowski and he wanted to come to us, we must thank him because he gets less money from us".

Lewa should fight for pichichi anything less would be a failure even in a new league. Barca haven't bought a project they've bought a balon d'or level player

Can't wait for the clasico. Lewa v Benz the battle of the 2 best CFs on the planet

We been pumping many crosses in since Xavi took over, not Koeman era just hopeful ones too, actually pushing the byline from proper wingers with relatively more accurate ones, I say relative becos we know Adama n Dembele arent exactly accurate but u get my meaning XD Auba arent bad at headers, but Lewand is a proper one at it. Luuk is elite at it but too bad he sucks at everything else

So I imagine that be a major additional part of our game as well as the usual on the ground stuff. Alba n Alves will also pump crosses in although from way deep cos I dont think they got that much pace anymore obviously. The wingers will therefore need to get in the box as well cos opponents will mark Lewand with all they got. Not sure if Raphinha is that type of player? Dembele arent good at that, Ferran n Fati are just average. Midfielders need to be ready to pounce on the second balls too.

Lewand should get goals, although his hold up n link up game should bring a lot more of our game also.