Steph is clearly still hungry and that should be enough to motivate the whole team, imo.

I agree that Klay looks irreversibly "dusted", tho.

GSW front office will have to do something, they can't waste Steph's greatness like this

Rolling on. 10-3 without Khris and missing Jrue the last 5-6 games.

This team just makes all the right moves in terms of assets, drafting etc. Marjon Beauchamp looks like a stud 3/D wing. Jevon Carter has made a leap. Excited to see if Ingles has much to offer as well. Only mistake we've made recently was the Ibaka trade, and he's at least capable of filling minutes without being a disaster. Just not quite up to par. Great win against the Cavs.

One of my biggest concerns is Poole from the GSW perspective. He's still had some great games this year but dude is shook. He looks like a different player rn. Not getting assists, turning the ball over, not as confident in his shooting. He's a player that loves on confidence and it's low right now

funny thing is, i feel like Poole is secretly playing ass off the bench as long as he sees Klay is stinking it up so that he can force the coaching staff into making the switch.

Just look at all his numbers when he is starting.

With that said, i have a feeling this team might have run its course. It needs new incentives and motivations. So Warriors need to shake up the NBA world again, here me out...

lol as if the Nets would essentially trade KD (and Kyrie) for Poole.

But I do agree that it's a pity if the Warriors waste Curry when he's playing like this. Everyone on the roster (not named Curry) should be available for trade. The only one with any value is probably Wiggins, though, so, good luck.

so you're saying Poole and Kuminga stinks?? any developing team would take them in a heartbeat, and that's the crux of my reasoning for this trade because basically it's a "trade my problem, for your problem" type of trade. KD wants out of Brooklyn it's so obvious, they're gunna go nowhere with him as long as he keeps badmouthing the team and his current teammates in interviews. Obviously Joe Tsai (Nets owner) has been public about the Kyrie situation, and now he is also catching heat from the players union for his treatment of Kyrie - so it would be best for them to just part ways.

Maybe there is still hope for Wiseman to be decent outside of the Warriors system. And they can have 40 million in clear cap space once Klay's contract runs out in two years time, and by then Poole and Kuminga are probably ready to be fringe all-star players.

it's a win-win imo

Poole's contract is starting to look like a mistake, Kuminga and Wiseman look ripe to be out of the league by the time their contracts finish and Klay lmao.

obviously i don't think the trade will happen, but i don't think it's that unreasonable... maybe we'd have to give up Wiggins instead of Klay to make the trade more equal. But then it comes back to my point, what do you do with Wiggins whose new contract runs up until 2026 as your best player as a developing team lol..

Jordan Poole stats as a starter this season:
https://www.statmuse.com/nba/ask/jordan-poole-stats-as-a-starter-this-season

according to Art, he stinks though

GSW would have to throw a lot of picks in. Wiseman is not really a positive asset right now. All signs point to a massive bust. He could turn it around because he's young but other than his sheer size and athleticism, he hasn't shown much. There isn't a market for him.

Which means it's basically Poole, Kuminga and a washed Klay on massive money for KD and Kyrie. Klay probably requires picks to get rid of. Now Kyrie isn't the asset he once was either and I'm sure Nets would be glad to get rid of him, but KD is still one hell of an asset. When you put it together, Poole + Kuminga + picks for KD makes sense, if they're amazing picks. Then more picks to get rid of Klay and Wiseman.

Idk how many draft picks the warriors have, but it's not enough

CBarca wrote:Idk how many draft picks the warriors have, but it's not enough

as i said, KD would have to force their hand to make the negotiation process easier.

it's all wishful thinking from me though... who knows, maybe Klay will turn it around, he just needs to get his shooting averages up, nobody expect him to be the same defender again... but for now he needs to check his ego and Poole needs to start.

lol Boston were .500 and sitting in the play-in seeds at the start of January last season

Warriors are 6-9 and could very well be 8-9 after facing Knicks and Rockets. Is it really time to panic ?

Durant is a problem for the Nets just like Irving and Simmons those guys have unpredictable behavior. Contrary to other 2 Durant wants to play ball but his antics such as asking the firing of Sean Marks (who does a decent job tbh) is drama nobody wants and it's not like wins are piling up. Enough is enough. I think they accept the first decent offer on the table for any of those guys. But that's another topic, since i don't see Durant back in GS, with tail between his legs after totally failing as boss of a franchise.

El Gunner wrote:lol Boston were .500 and sitting in the play-in seeds at the start of January last season

And their image as title contenders was non-existent.

I didn't say that GSW won't end up being title contenders. Maybe they can be. It's a long season and I said GSW will get better. But they're really starting to not deserve to be talked about as a team at the table with the big boys like the Bucks or Celtics

lmao, humble yourself, son, the season is long

i saw a stat not too long ago that despite our struggles we have the best starting lineup so far this season in terms of net rating... so that means aside from Klay's individual struggles, our bench is SHIT. Even in last night's game, starters got out to a 38-10 start, when the bench unit came in Rockets came back to take the lead. So yea, now it's time for Poole to step up when he comes off the bench otherwise he is not living up to his contract. 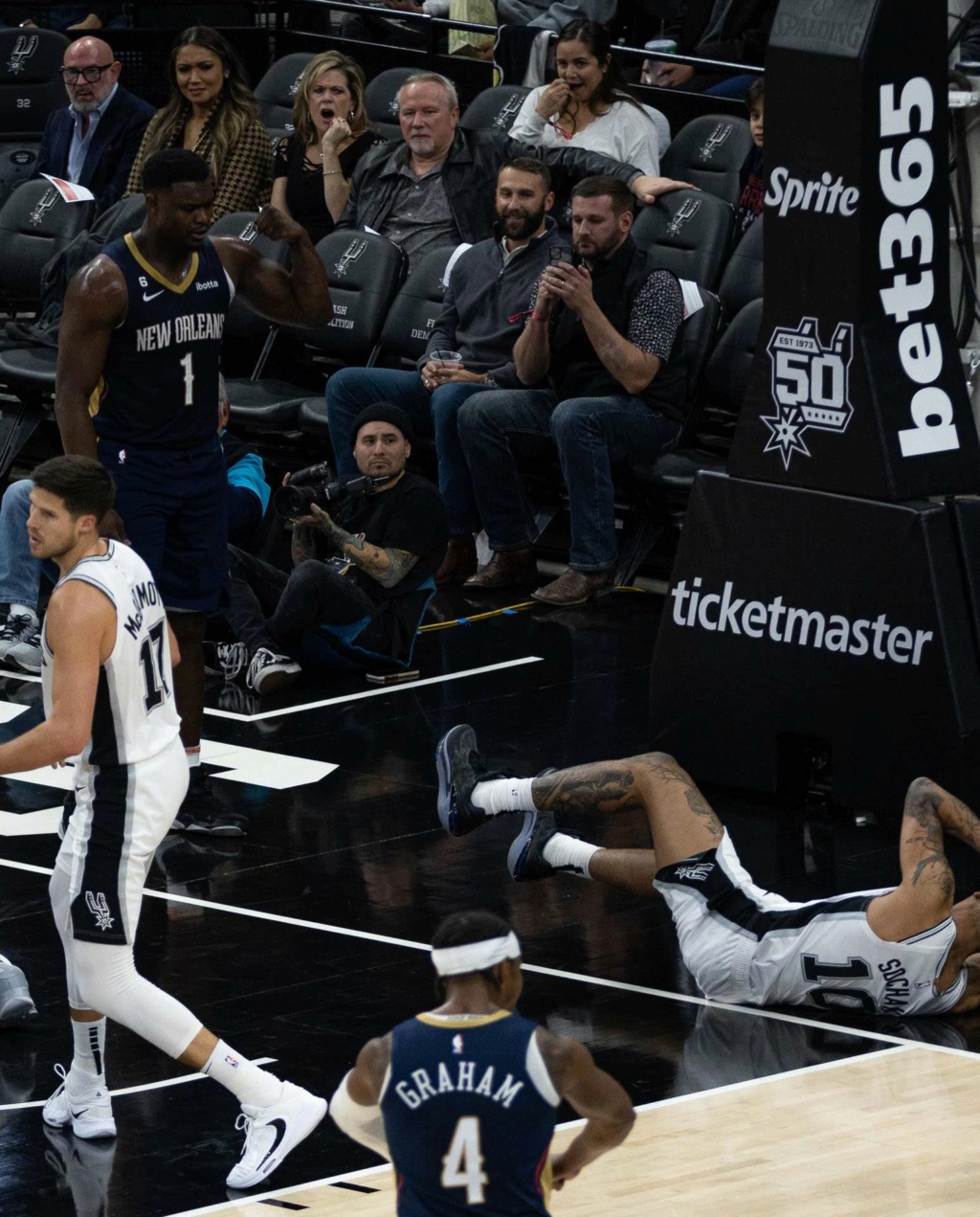 flexing on a rookie

He does this to everyone that he leaves laying lmao

Warriors basketball is back, baby. 3-7 to start the season, 8-3 since dropping Wiseman. Hopefully Joe Lacob has well and truly gotten the message now. 3 games off top spot in the West. Kuminga had his best game last night, impact-wise.

So Zion is BACK BACK

I'll admit that I didn't see this Lakers turnaround coming. Davis has been a monster lately and Westbrook is actually playing well off the bench.