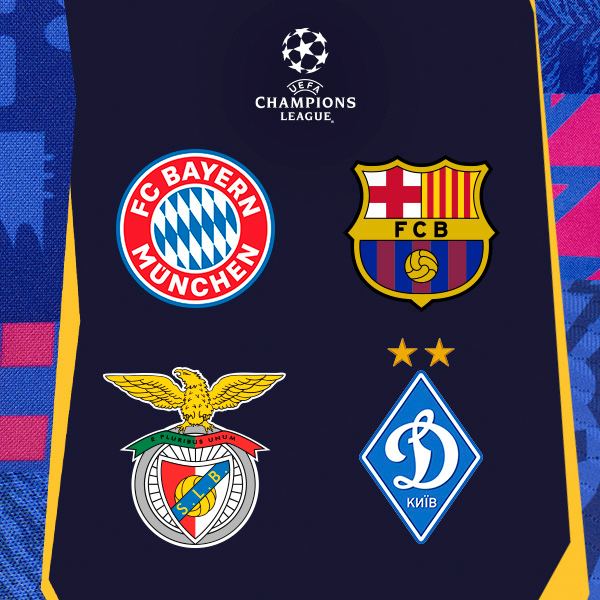 Looking forward to this

no expectations, no let down

So hope Barca a ready to get a$$ whooped again, just imaging the difference between the two teams atm, basically is loaded all over the pitch, except Gnabry might be out for the game?

Barca have the standard midfield, but up front only really have Depay it seems, so it seems everyone is guessing Koeman will be just damage limitations and avoid a humiliation so will play 5-3-2, that means prolly just leaving Depay by himself up front

I dont see anything other than another domination by Bayern, and just hoping it doesnt turn out to be another historic humiliation really...

not sure what to expect of Luuk and whether he starts or Coutinho. Either way it's rather a shambolic setup

The upside is, anything below 8 is an improvement

Bayern themselves have been rather shit this season. This will be a close game imo

Bayern are more susceptible at the back I believe, seem more likely to make an error. Compared to the last couple years.

That being said, they have far superior offensive talents, more dynamism and variety.

Tactically however is the biggest gap, they will be able to bend our simplistic defensive structures out of place rather easily.

So Koeman is going to be playing a 5-3-2 with De Jong and Memphis leading the line at Home.

So much for a high pressing possession Cruyffian 4-3-3 post Leo.

not sure what to expect of Luuk and whether he starts or Coutinho. Either way it's rather a shambolic setup

The upside is, anything below 8 is an improvement

Garcia instead of Lenglet, otherwise the same

Garcia vs Lewa will be fun.

Giants Lewand and Muller vs Garcia? I guess Pique and Araulo would mark them otherwise it would be rapage

I never thought the day would come that I witness Barca starting a striker in a CL game in Luuk De Jong!!! Definitely a highlight of the season!

Bayern fans: Sule starts. Im wondering whats your first choice CB pairing now? Shouldnt it be Hernandez that cost 80M and is a beast and new signing Upemcano? And pls go east on us, no another 7 or 8 goals pls

de Jog ffs. The pace on the guy ffs.

Araujo has bodied both Lewa and Sane so far lol.

He always dunks on Barca tbh

Araújo has been having Sané in his pocket so far. The guy is a beast.

Davies is an amazing recovery defender. His pace is ridiculous.

I love watching Barca in their current state

Davies looks bit out of sync with his teammates though, or is it Sane still guilty of this?

Lewand seems to be more all round this season under the new coach? I dont know what it is, but tempo wise Flick's Bayern was much more intense, maybe they just going easy on us?

Barca arent terrible, but obviously just lacking so much up front. Depay is meh in my high expectations already, then u have a useless player next to him today, then another useless player on the way as we all should know by now Roberto, who passes it backwards whenever he gets the ball. Its just so boring to watch Barca now... I might start switching to watch other games actually if played at the same time

Unless Bayern turns it up, I wouldnt mind watching us get raped, cos this is just soooo boring

Luuk De Jong is a shambles

Today at 12:54 pm by BarcaLearning

Today at 10:00 am by BarrileteCosmico