I'm honestly pretty excited for Starfield. I'm not a graphics fetishist so I will freely accept a lower standard on that front if it means more customization, a compelling narrative, and as much free roam ability and decision-making as can be had in an RPG.

I don't play Skyrim or ESO for the graphics.

As for FIFA 23, I'm really looking forward to the Player Career mode getting some love. They appear to be slowly moving it towards what we saw with the Journey way back in FIFA 17, with more narrative scenes. On the manager side, a good add is being able to create a 3rd kit and GK kit for your custom club. I really hope they consider the ability to change the kit season to season as well, but I doubt that made the cut this time around.

As for FIFA 22 Career mode, I created a custom team in Ligue 1 and am currently midtable. I gave myself a fairly modest budget so I'm relying mostly on youth. I honestly am enjoying the challenge of using new development plans.

What a scam, the state of todays games.

I used to really like the Saints Row series, but they really dropped their standards with their last game, so I likely won't be buying this one. They went completely style over substance with the last one. It looked great, but felt really hollow, repetitive and lacking in content. I imagine this one is no different.

Games going Epic exclusive is almost always a sign the game is shit quality and the publisher knows they are not going to sell much so they take Timmy Tencent's money and adios.

That seems like an odd direction to take when they have a popular franchise on their hands, though. Saints Row seemed to increase in popularity with each new iteration as more of an ironic, unrealistic alternative to GTA. I felt like they were one game away from at least being mentioned in the same breath as the latter, but then they released the embarrassing, "Agents of Mayhem", which was widely touted as a reboot for the series, but ended up being a graphically up-scaled game with stripped down content and level of creativity. This game looks to be no different.

In other news, an actual proper game is releasing 25.10 on PC, PS4, PS5, Xbox One and Xbox Series. Then again it's an indy game, and those can still be great.

Would want to see some gameplay and other info, but this does look intriguing.

Rise from survival to dominance in Dune: Awakening, an Open World Survival MMO set on a vast and seamless Arrakis shared by thousands of players.

Had me at the trailer, lost me at "survival mmo"

McLewis wrote:Would want to see some gameplay and other info, but this does look intriguing.

Rise from survival to dominance in Dune: Awakening, an Open World Survival MMO set on a vast and seamless Arrakis shared by thousands of players.

Was glad when I watched the trailer a few days ago that it's a MP and not SP.

Always intrigued when its a MMO or survival. I hope they can pull it off.

MMO is probably the worst three letters that has ever happened in game industry. 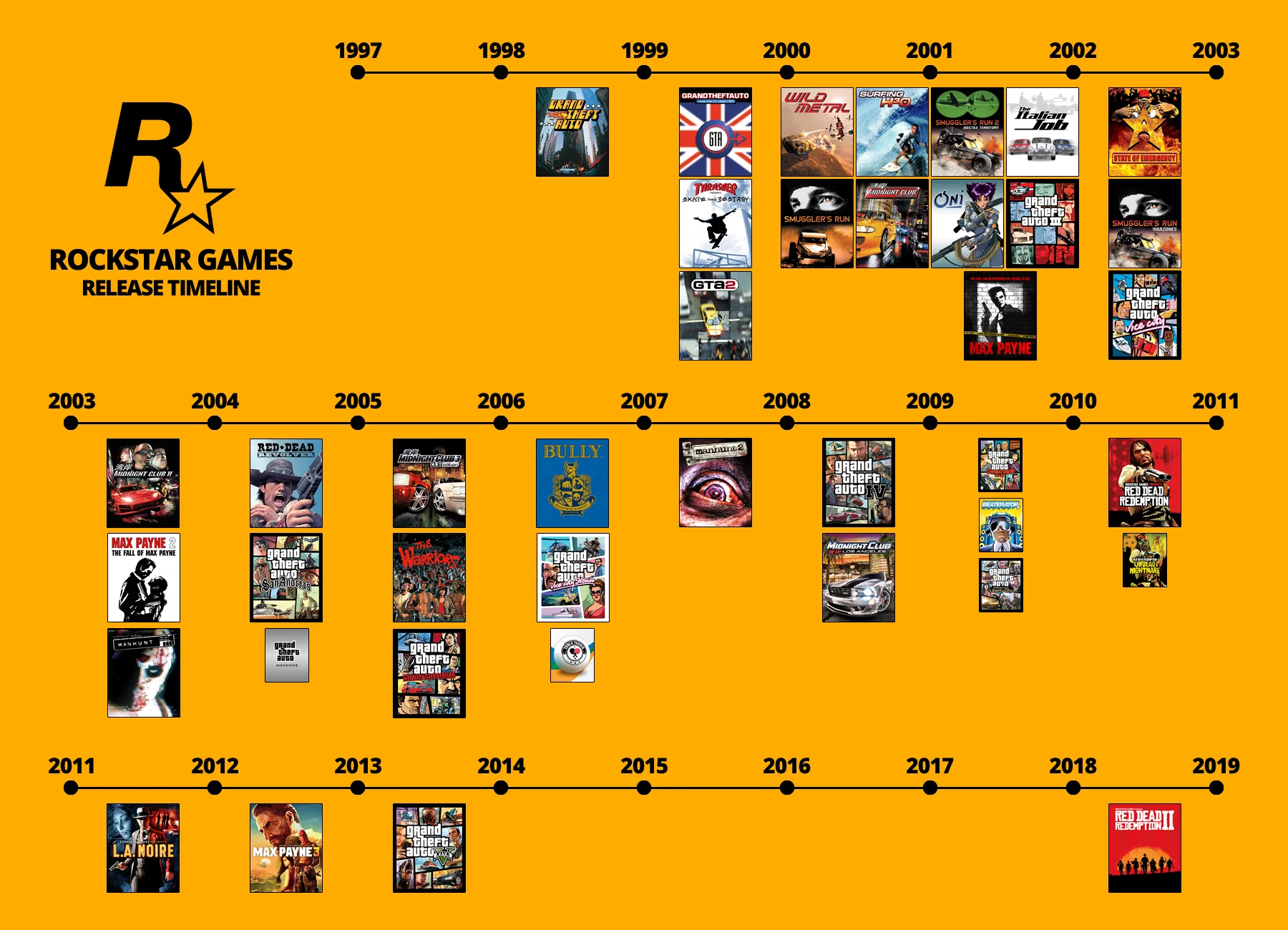 Then I was thinking Bethesda.

is this purely because the level and detail into today's games has gone up so much that it takes production way much longer?

Yeah comparing Rockstar to Bethesda is just a bad comparison.

Because there is none.

Rockstar's games are a sandbox of attention to detail to which Bethesda just does not have in their worlds.

Their games look and play outdated for a reason and what Rockstar does requires painstaking detail and time taken to implement.

AAA games are becoming more and more expensive and time consuming to create. Pretty much every company is facing that.

God of war devs said that the nordic saga was only two games instead of another trilogy because of how long it takes to make a game like that. Guerrilla is making a Horizon trilogy but there is a wait of like 5 years between games. Square split FF7 in three for similar reasons in part, and the whole saga will take a long time to come out. Back in the later 90s/early 2000s FF8, 9, 10 and 11 came out in back to back years, of course they were more efficient then but it simply took less time to make a AAA game. The Last of Us part 2 took like 7 years.

Its the reality of gaming now.

I'm glad that for the genres that I like there are more smaller games in scope being released. That way you get big AAA releases mixed in with smaller budget creative titles. Recently Square has been in a renaissance with Octopath, Triangle Strategy, Bravely Default, Diofield, etc. mixed in with DQXI, FF7R and FFXVI.

El Gunner wrote:is this purely because the level and detail into today's games has gone up so much that it takes production way much longer?

It's because of money. Public companies have streamlined their developing as much as they can, and consequence of that is that all the old developers have quit, and they are using new generation of programmers who are used working as slaves, and doing a quick shit job. Game programming has become a bottom of the barrel job in programming industry. Rockstar is still content of milking GTAV online crowd, rather than using their all to make actual games. Same applies to Bethesda which under Zenimax stopped their old ways after Skyrim, and started to make money, rather than games they wanted to make. We'll see if they are back under Microsoft with Starfield...

I don't think it has anything to do with detail, as making detail is far easier than back in the day. It's just because they want to make money rather than games.

Harmonica wrote:I don't think it has anything to do with detail, as making detail is far easier than back in the day.

is it really though?

i understand the money argument, i think it can be a consequence of both

Harmonica wrote:I don't think it has anything to do with detail, as making detail is far easier than back in the day.

is it really though?

i understand the money argument, i think it can be a consequence of both

It is, all the tools are highly evolved for the necessary tasks, and they are used to them already. The detail argument falls out for another part, it's viable to be more detailed because games are running much faster hardware nowadays. Honestly I don't see much difference for developing time, or workforce per developing time in top of the line games, than back in the day. The bulk of the work just lies elsewhere.

In movies Leone worked 10 years for Once Upon a Time in America. Dismay puts out new Disney Wars annualy, with great fx...

Harmonica wrote:I don't think it has anything to do with detail, as making detail is far easier than back in the day. It's just because they want to make money rather than games.

Agreed. I watched this guy who on his own is doing a The Simpsons: Hit & Run remake on Unreal engine. There is AI upscaling, ready-made graphical modules and thousands of scripts are already written into the engine you just need to call them up and you're done whereas back in the day you would have spent weeks writing and testing them. It is night and day how fast games can be developed compared to before. It's like programming on Python vs C++.

All evidence, and almost every developer, points to the contrary though.

Across the board games are taking longer and longer to develop, with budgets and demands higher than ever.

Then how can you explain one guy on his own creating Stardew Valley entirely?

Or how Ubisoft churns out Assassin's Creed and Far Cry titles like pancakes.

How is Stardew Valley anything like a AAA game?

Obviously if the game you are creating is supposed to look like it's from 4 generations ago it will be easier with current technology.

For realeases that are supposed to push the boundaries of current gen it has never been more time consuming and expensive.

Here is a good explanation from a former director of Bungie

If you make indie games it's never been cheaper, while AAA Games have become prohibitively expensive. And that article is 5 years old, it has gotten worse.

More expensive means nothing, because they are making more money. Game industry has grossed more money than movie industry now many years. Also never believe what developers say, they are always trying to be at better light, making excuses and telling half truths. I still remember Todd Howard saying with his blue eyes, they had everyone working on FO76. What he failed to mention, it was the last two weeks before the release because it was so bad.

That's another thing I hate in games of today. Many franchises are just selling different skins, doing nothing to improve the engine or trying to improve the gameplay. Total War Warhammer III is still working on the shitty single thread engine I've hated with passion. It's like hundred years since BF brought something new like the destructible environment... Far cry from Bethesda going their decade of revolution, from half 3D Daggerfall to full 3D Morrowind, to Oblivions physics engine, to Skyrim where they perfected it all... to a decade of silence.

There are few beacons of light though, like MS Flight Simulator 2020 which is truly revolutionary. Or Bannerlord, which brings the unique Warband style of game to modern paraller computing. I've high expectations of Stalker 2 also.