England has got the better defence otherwise the game is up for grabs in this one. I'd give England a slight edge 60% vs 40%.

England has got this.

They aren't pretty or fun to watch but deserved each win they have had comfortably and Denmark really are the definition of a great collective side with little individual talent but England's momentum, new found belief and their ridiculous talent up front will be too much for Denmark.

Eriksen's incident lit a fire in the Danes thats had them scorch through each time since but here's where it ends and they are the team of the tournament for me already no matter how this game ends.

i dont see how England can loose this match. Denmark got nothing to loose, their pride are in tact

Yeah England have a good chance to take it home this time around. Denmark have broken every other wall and may perhaps be the first team to finally score against England this tournament but I dunno if they can contain Englands attack and especially with Kane seemingly on form now.


Seems like Italian fans are really rooting for Denmark.

I understand that on paper England are more difficult to beat in the finals compared to Denmark. Trust me England are not that special. All you need is, to dent their confidence during the game and they will just give in. Denmark will show today how it is done.

If England win, they win the final as well

If Denmark win, Italy win in the final

Italy's abysmal fullback quality after Spina's injury will be their downfall, especially with the quality wingers that England has

Seems like Italian fans are really rooting for Denmark.

I understand that on paper England are more difficult to beat in the finals compared to Denmark. Trust me England are not that special. All you need is, to dent their confidence during the game and they will just give in. Denmark will show today how it is done.

No other NTs had a linear tournament as Italy and England . Won their group ( Denmark, legitimate semi-finalist, let's be clear, finished as 3rd), won R16 etc
Both were the NTs to have won most number of games

(Hell, everyone thought Italy would have won against Spain Just after penalty kicks and Spain made a better game . Not surprised)

I think It has to be England Italy . Yes, at Wembley.
Already won with Gianfranco Zola goal in 1997.

I had England and France as my tier 1 favorites for the Euros. Though I thought the Southgate tax might be a little too high for them, but they have benefited from easy match ups on paper. I'm curious to see how they line up against Italy (potentially).

Let's get to the final first, yeah?

The early team news is that we're unchanged from the Ukraine game, except for Saka coming in for Sancho. Part of me thinks that's down to the threat of Maehle, since Saka has greater tactical discipline and experience playing as a wing-back. So England could potentially tuck Walker inside and have Saka come back to wing-back if they need to.

The battle down the flanks is going to be vital since the wing-backs are so important to Denmark's system. I first thought Southgate might match-up but playing a 4-3-3/4-2-3-1 makes sense too. 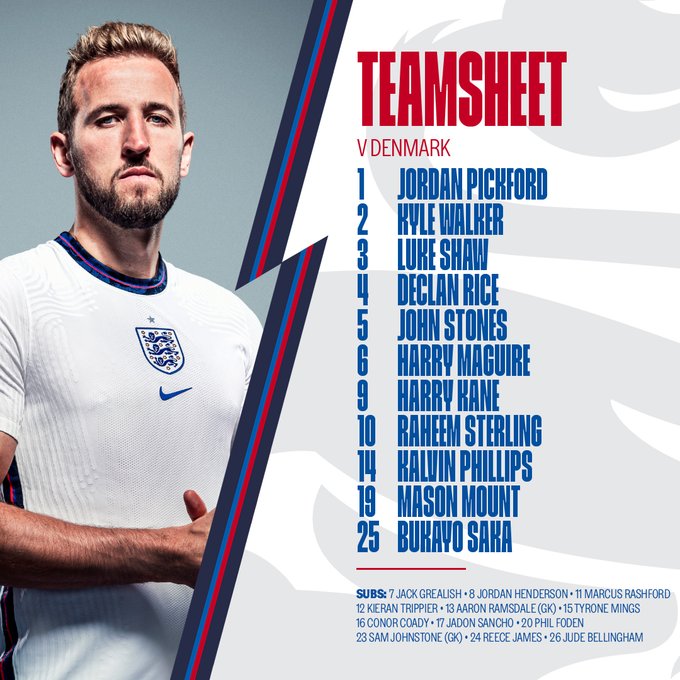 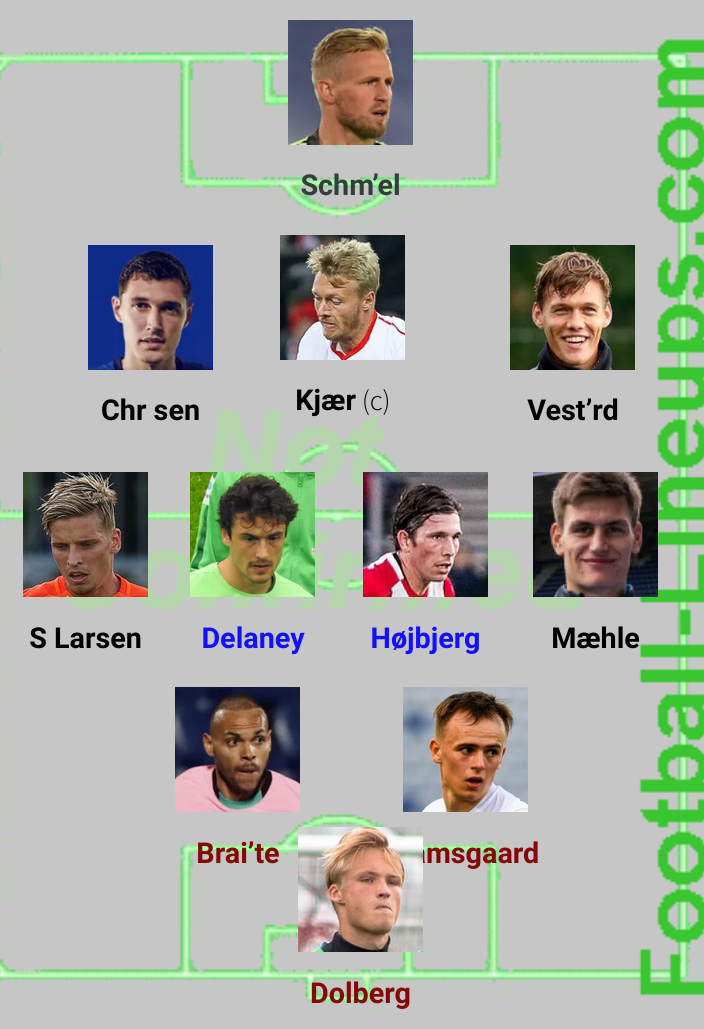 i think its good that England or Denmark play like this open, Spain was ultra posesssion football rarely gives away ball -

England has serious pace during counter, Denmark needs to keep the ball well.. they are unable to carry further upfront so far

Kyle Walker just got on Damsgaard on time

i respect Denmark but this is the end of the road i think, FORDZAH ENGLAND

Sterling cuts and attempts shot on goal but a poor one.
lars Stryger needs to keep an eye on him

Warrior wrote:i respect Denmark but this is the end of the road i think, FORDZAH ENGLAND

England are clear fav. they cant loose this game for sure they are at home they got better players in every position and depth. they got home crowd in fav

LMAO pickford gave straight to braithwaite, Dolberg didnt get it right on that corner to Denmark

Jens Stryger Larsen is freakin good, i never forget insane goal he scored for Udinese against us in Jan 2020.... ; even if he is 29 its someone i would like in my club

Page 2 of 11
Permissions in this forum:
You cannot reply to topics in this forum
Latest topics
» Cristiano Ronaldo is the GREATEST OF ALL TIME. Now Sit down and STFU