It made me move Russell away from IL, it is broken.

Warrior wrote:Direct opponent for playoffs Mambas is shooting for 60%

My guys produce in their low averages 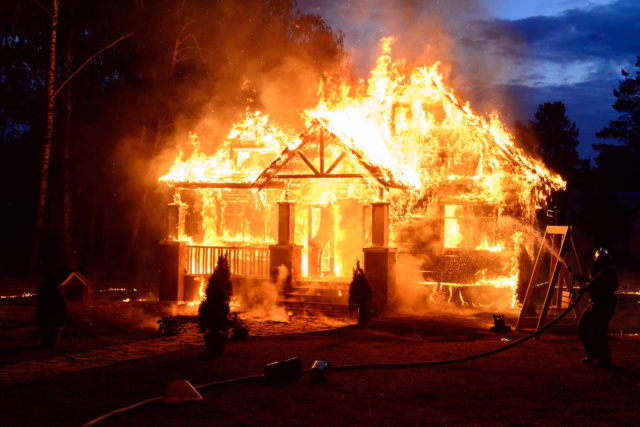 I need you to win bro... that is if I can win myself. Let‘s go CBucks too, you got to beat your pal.

me on the other hand, from dreaming of top spot just 2 days ago... with my current health status and Urban's deadly team being my final regular season opponent.. it's probably better Luca slays Ghost like he is doing as of now and i scrap just about enough categories these last few weeks to secure 2nd spot so that i can get the bye to heal up and hopefully Hayward makes a quick recovery and is back for the fantasy finals at least... My team would be incomplete without my Hornets Boyz being complete.

Hornets have done so well this season and without Hayward and Ball they are gunna fall into the play-in tournament now where they will get bounced most likely unless Hayward gets back.

If IL continues to be broken I should win. He's got more injured players than I do, although Nurkic is back out and Harden as well

I had no problem moving Drummond to IL. The guy lost the nail on his big toe, that sounds like a nasty injury btw.

So it seems PJ Washington is my X factor. Needless to say i am in trouble.

Nobody but me believe in his stocks potential, so i get the last laugh

I did try to trade for him earlier in the season tbf. But PJ isn't someone you throw the kitchen sink at although I like him

You offered Taurean Prince if i recall

It was almost insulting

for me more than PJ

Hornets boys have been fantasy beasts this year, MJ

why am i losing TOs and FT% Vibe?

KD coming back and making all of his shots ffs, Mr efficient. Needs to take it easy on the TOs though. Poeltl can't start failing me now, i need him

Grayson Allen is a fuking troll

Grizzlies are too up and down, told ya

Valanciunas is fine. Morant is at least consistent in his mediocrity if you can cope with the turnovers and bad FT% he gives you assists and decentish scoring

Been lurking them all season in fantasy, because they all have mid to late round upside if they could find some basic consistency. Sadly it never happened.

El Gunner wrote:why am i losing TOs and FT% Vibe?

KD coming back and making all of his shots ffs, Mr efficient. Needs to take it easy on the TOs though. Poeltl can't start failing me now, i need him

Because Booker had 6 turnovers and the game barely started

Neither will last though, my boys are shit at FT% and turnover kings. Will probably end 5-4, not sure which way.

The real question is why are you so shit at rebounds and blocks, you haven't pulled away at neither cathegory, and I have one decent rebounder and one decent blocker

I was about to take WCJ from the waivers last sunday, but then I saw I was beefing you tomorrow and thought I had no chance at thise cats and canceled it last second. He has been amazing since, ofcourse, Freeza stole him.

Also the claim meant I was dropping Maledon who just went crazy for me with 33 that night, I couldn't drop him after that.

don't worry i'll pull away in rebounds eventually.. Porzingis missed a game, Harrell basically too after he got ejected first minute, and Poeltl has been slacking (we'll see if he'll get his form back). Turner is out, and Gobert didn't get a single block his last game that's why we're still tied in blocks.

I was gutted I had to drop Malik Beasley when he was going to be Out for 12 games following his ban. But after coming back he shot 28% FG in 4 games and then got injured for 4-6 weeks. The black mamba in heaven is watching over the White Mambas <3

Chris Boucher with another behemoth game above 30 minutes

My candidate for best pick of the year

was barely known by most NBA fans, we only saw glimpses of his talent before and i take full credit for believing in my boy

Nick Nurse has been the main barrier to his greatness, juggling with his minutes and all, as a tactical misfit or something, he is not the most physical "center" of course. Still Raptors are a better team with him on the court that much is damn clear. Surprising they decide to keep him for the rebuild as a lot of teams could use Boucher who is a forward in reality.

Anyways Rozier is probably the best pick overall as a 14th rounder and consistently giving good lines. Randle also a great pick deserves to be on the podium. Tough call between those guys. Contest is mostly for the bronze medal there are a bunch of candidates. Lamelo Ball r.9 Grant r.9 Conley r.10 Barnes r.15 etc

Submit your worst picks also, mine is Aldridge

Did you pick Boucher or grab from waivers?

My best pick is probably Tobias Harris. I picked him earlier than projected and had a really good feeling about him playing for Doc again

my worst pick is Coby White at 8th round definitely, could have gone for Randle, Sexton (two great picks by Vibe), LaMelo, Jarret Allen or Mike Conley.

any pick after the 10th round shouldn't really be considered as bad because of the drop in value at that point... there's only potential low order steals at that end of the draft

just scanning over the draft results again for bad picks... CB went for Hassan Whiteside in the 8th round
not really taking into account players that went and got injured as that's more bad luck - Thomas Bryant (Luca), Mitchell Robinson (Ghost). Interesting story... i would have been happy with either Robinson or Turner at that point of the draft, so i chose Hayward instead for the 49th overall pick and let Ghost make the decision for me. Ghost was next i knew he would take either Robinson or Turner, thank god he went for Robinson because Turner has been way more amazing this season.. then Ghost went again for 51st pick - DeRozan... and then i went again 52nd with Turner

Joe Harris at 13 and Harrison Barnes at 15 were great late picks for me. Drummond was my 5th pick and he's missed so many games that I do regret picking him (for now, at least). Bojan Bogdanovic (10th pick) has been garbage this season, probably the pick I regret the most.

I had Paul George and Tobias Harris last year and wasn't that happy with either, but both have notably improved this season, so seeing that is kinda annoying.

It was my fault -- I didn't realize it was my pick until there was about 5 seconds left, and didn't have enough time to pick someone different, so it auto picked Whiteside. Whoops

Nurkic at the fifth round was a steal I thought. If he had played like he *can*, he could have been second round value. Injuries have made it so he was a bad pick. Kevin Love could have been a steal but he was always high risk high reward. Ended up being high risk.

The pick I *thought* would be bad is me picking Smart way too early. I jumped the gun regardless but he's been awesome. Love him as a player

Smart in 6th round was a far reach lol. Even his mom picks him round 8 at the earliest. But yes, a fun player in fantasy, i was sad you took him.

Page 6 of 20
Permissions in this forum:
You cannot reply to topics in this forum
Latest topics
»  USA Gun Violence & Police Brutality Thread