@Casciavit wrote:Anyone else have a sneaky feeling that Juve will concede against the run of play?

Interesting that McLewis watched this.

I am sure he remembers a very similar and fun to watch tie for Roma v Porto under the same coach.

Juve bottling it year after year has been a spectacle to watch.

Juve are being sore loser on their home pitch right now, pathetic

What a goal by Oliveira 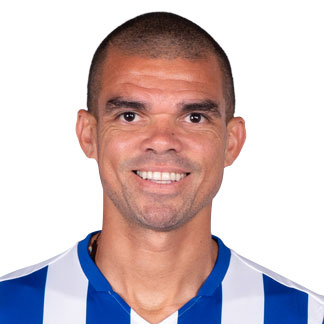 I am sure he remembers a very similar and fun to watch tie for Roma v Porto under the same coach.

Juve bottling it year after year has been a spectacle to watch.

I certainly do remember that tie. The crazy thing is this Porto is no better than the one we faced. It's Juve who have declined markedly since then. Right team went through imo.

Tears in my eyes

Juve should not have subbed Ramsey

@Robespierre wrote:Juve should not have subbed Ramsey

Absolutely. He is GOAL IMPACT. The only one out of all their midfielders who actually has talent to do everything. Juve would have scored with him.

Who the hell is Sergio Oliveira?

This is worse than getting eliminated by a Tousart goal. Two consecutive years of getting your CL hopes dashed by jobbers ffs.

Being anti-Ronaldo here, but couldnt even score vs 10 men Porto when Juve need him to? Who would have thought... no wonder Porto traditionally consistently is imvolved, wont even underestimate them ever again, even if Pepe leads them too

Btw Ronaldo might think about joining his old friend at Porto next season, so he can continue his stat paddling, they've dried up a little, and in quick danger of being overtaken by Messi/Haaland, etc

It's crazy how you how less effective cr is, without his star studded teammates slaving away for tapins and dragging defenders away from for easy shots, I'm not really surprised by this cause anyone who actually pays attention to rm games, cr ain't winning shit for you solo, juve needs a second star like bale that offset cr, if he stays another season.

Pepe is awesome. At the age of 38 he is still 10x better than Varane

We made mistake selling Ronaldo. Evidently we need him and he needs us. What a disaatee of a transfer

Lasagne Lampard turned Juve from one of the best teams in Europe to this. Love to see it.

Not the only one to blame though. We fired Marotta and let a clueless muppet to run this club and since then, we've been on a downward spiral.

Nah that was in motion before this season. The only difference is there will be no scudetto to “excuse” an abysmal champions league showing

We signed Chiesa and needed him to do his best Baggio, as a 22 year old signed from Fiorentina, to carry us. What a signing but he shouldn’t have to perform as he has been for us to be in a match. He’s the reason we’ve been in many games and for me he’s been even more important than Ronaldo, especially in this second half of the season

There’s far too much deadweight in this team and it needs to go. We barely have a single good central midfielder and if it is Arthur, it’s not enough on his own

Bonucci I think is finished. Chiellini, sadly is finished. Demiral is a liability. Bentancur, although young, has regressed from his great form under Sarri when he was just fantastic. Rabiot isn’t dependable. Dybala missed more games than he’s played and when he has played, he’s not been good and the list goes on

I hope we go full rebuild. At least 5 players have to leave this current team but I’ve never seen a team make as many individual mistakes leading to goals in a single season. It takes a special group of players led by a special man to pull this off and in a way the Porto tie beautifully sums up Juventus this season. Players unfit, crazy mistakes, moments of zero intensity, careless passes, no plan or idea going forward, moments of absolute brilliance (Chiesa, Cuadrado and even Morata). Also one of the quietest ties from Ronaldo since he’s been at Juventus. I don’t think he’ll be around next season. He deserves to be at a project that is more complete that wants to win now. Juve ain’t it

To my extreme surprise this is my recap...

With midfielders Rabiot, Arthur and Bentancur being the first heads on the chopping block. Cannot tolerate this anymore. Replacing them as soon as possible is an absolute necessity for whoever takes this job. They are boring and shit, preferably we sell them to a rival.

I want warriors like we had before, guys who can play under pressure, who bring enthusiasm on the field. Not pussies like we have currently, it's very easy for opposite teams to get them out of the comfort zone, then they regress to Serie C level cannot string 2 passes in a row.

Page 8 of 8
Permissions in this forum:
You cannot reply to topics in this forum
Latest topics
» So who's going to buy Marcel Sabitzer?