Maybe every state policy is a bit different. what I've seen is are policies like VaxMillions lottery, some happy go lucky ads showing people back to normal, but nothing with any real substance about it. Im sure it's there, maybe as someone that uses an ad blocker and doesn't have a cable TV subscription I'm not that exposed to it, but it should be proactive and reach people rather than waiting for them to try to find that information.

But the discourse where these people are vilified is not helping IMO.

BC wrote:But the discourse where these people are vilified is not helping IMO.

it's like real life cancel culture out here these days

Social policing at its best. You apparently don't care for your fellow human if you don't want the vaccine.

QAnon and anti-vax is like 0.000001% of population and everybody else finds them ridiculous

Passivity of people should not be understimated. Unless you create a law such as vaccine passport you must wait the remaining % to have personal incentives. After months we can assume publicity and lottery do not reach this population

Since the vaccine came out i did not care for it

I let others get vaccinated instead

so you're still living the freedom life

what job are you going into next @Warrior?
have you heard of seasonal jobs? recently stumbled upon this American on YouTube who lives a "nomad" type of lifestyle and does these seasonal jobs. If you're interested, i can message you his channel he gives more information in his videos.

Yes it's been 4½ months chilling. Never been a big spender, i don't buy clothes, furnitures, cellphones etc. I don't have any debt. Why not

I'll still be truck driver, the only job that i can tolerate tbh. Pays well, you get hired easily. Not even worried in fact, i could go on until autumn and winter, just getting bored of wanking around. Those vacations were meant to last 3-4 weeks at most i just extended cause i don't really give a fuck lol

In a couple years i buy a house outside the city so my next job i be grinding cash. The financial liberty of not paying a rent (giving money to a stranger) is the next step of my ambitions.

EG it's possible people arguing against you has less to do with not taking the vaccine versus your actual arguments *against* it.

I find people who haven't taken the vaccine to have made a choice I think is annoying but it's their choice. People who actively try to work against vaccination is certainly worth my time to criticize and engage with. In that case, you're actively working against public health goals and contributing to a dangerous discourse as opposed to just idly sitting around like Warrior is.

Edit: for example, you might notice that any ire or distress the last couple pages is pointed specifically at people who are anti-vax

almost everyone who has not taken the vaccine yet has a reason for it, so i don't really think your point makes any sense as much as you think it does. Do you think i am "anti-vaxx"? Have i ever ran any anti-vaxx campaigns on here or in real life?

@El Gunner wrote:almost everyone who has not taken the vaccine yet has a reason for it, so i don't really think your point makes any sense as much as you think it does. Do you think i am "anti-vaxx"? Have i ever ran any anti-vaxx campaigns on here or in real life?


Again, no one is attacking people who don't want the vaccine so what's your problem?
Literally everybody on the last 3-4 pages is of the opinion it's their choice. The possibility is still open for them though in case they'll change their mind. Antivaxx people are mentioned, for we're sure even if a dear one to them suffers or dies due to the Wuhan virus they'd still refuse the vaccine.

“I got 99 problems but a vax ain't one," Stephen Harmon said in a tweet last month.

so i believe me and my grandparents came down with the new Big C/the Rona earlier this month (we live together). Grandad got sick first had an ugly cough, and then over a weekend it hit all of us hard. We didn't get ourselves tested but all of the signs were there tbh. My grandad lost his taste and smell for a few days... i didn't lose mine, i just had a strange flavour and smell of foods whenever i ate. A strongish fever also hit both me and grandad on the same night. Like extreme chills and sweating, barely slept the entire night. But then i felt almost completely fine again the following morning. Grandparents continued to be sick, grandma mostly complained about a fatigued body and pain in her lower back and limbs, also developed a little cough later on. The following days i also just suffered from fatigue as well. Like just drained for real, worst of it lasted for about a week. Oh and we all also had a loss of appetite for a while. We're all better now though and seem to be recovered. Though last week friday i went to the shopping centre, it's a bit of a walk. And that evening i felt a bit weak again... they say the virus and its effects still remains for a bit in your body afterwards apparently. But since then been good. We're back out of bed in our usual routines again.

We treated ourselves with usual flu medicines, lived off mainly quick-made soup and fizzy drinks for a few days (because of loss of appetite) and we also had a nebuliser and oximeter on hand which we used a few times.

All in all i can personally say i've had worse illnesses before in my life when i was younger. It seemed to hit grandad the hardest because he also has diabetes and blood pressure problems. The worst part with this was just the impatience that came from a long healing duration, because i usually recover from a normal flu/cold in about 2 to 3 days. And also the psychological part of it when you're just lying in bed and thinking. You've got to fight this thing off on all levels - biologically, emotionally and mentally.

Most of my family actually got it by now, but luckily no near family deaths. Just a few distant family and community deaths in the last few months, most of them old anyway. In my family only my mum (for work), and my one uncle and his wife (i think personal choice, but maybe also a bit for work) got themselves vaxxed.

I'm glad you guys pulled through.

I got the first shot of the Oxford vaccine on Friday. No major side effects. Still feeling a bit lethargic. I got the shortest lasting fever of my life. A slight fever that lasted for an hour or two. The weird thing is my lips got dry. I didn't know that was a thing. 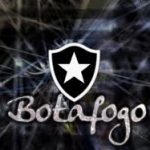 El Gunner, just curious so you and your family deciding not to get vax correct? Why may I ask? U want to achieve natural immunity or worried about the possible side effects?

The latest results from Israel anyone understanding them? Apparently significantly dropping to 3x% effectiveness vs symtomic infection vs the variant? Partly due to the shorter time they have between their first and second doses. Not sure if I am keeping up to date correctly but the latest about all vaccines getting more n more ineffective vs obviously mutating variants are pretty depressing. It means strict countries will continue the lockdowns and quarantines forever

@BarcaLearning just shortly before we got sick my grandad actually wanted to go get it. My grandma said she's see how he'd react to it before she got it. Don't know where they stand now. We all have our own opinions and thoughts regarding the vaccine and the entire situation. Personally i am skeptical of the vaccine, its effectiveness, its long term side effects and the entire global politics surrounding it and the virus... and also i have enough confidence in my own immunity and i have not bought into the entire mass fear and hysteria perpetuated by the media this whole time.

The media should have covered the pandemic more sensibly, especially at the beginning, I agree. Many people who suffer from anxiety struggled a lot and had trouble even sleeping at night due to the media-induced fear. As a result, even the suicide rate went up.

Having said that, you have to understand that this virus is a lot more dangerous than many people think. I keep hearing about 98% recovery rate, and it may be true, but when I see young people of 18-19 years of age with no comorbidities die from it, you get why governments are using such drastic measures to try and end the pandemic.

What's even worse is that with all these variants popping up, young people are no longer spared. Many of them require intensive care now and others don't even make it.

I'm certainly not trying to strike fear into anybody here, and I'm sure I'm not telling you guys nothing you don't already know, but if you are not an anti-vaxxer and you have access to vaccines, please get vaccinated. You'll protect yourself, but more importantly those around you as well by continuing to wear the mask.

Vaccines not only protect from contracting the disease but also if infected, you are 5x less likely to spread to others.

by CBarca Yesterday at 4:17 am

I feel awful for doctors and nurses in certain parts of the country right now. Places with high amounts of unvaxxed are getting overrun. Springfield MO as I linked earlier. Kansas City is turning away patients and opening up a third COVID ICU, saying if they don't get things under control now, it's gonna be like last fall (one of the worst times for the pandemic in general).

by VivaStPauli Yesterday at 4:25 pm

It's fun how people like El Gunner refuse to listen to the doctors, right? And then everyone is like 'nobody could have predicted this', except all the health care workers have been desperately appealing to all of us to stay home, wear a mask when not at home, and get vaxxed.

But I guess it's easier to clap for them.

Page 35 of 35
Permissions in this forum:
You cannot reply to topics in this forum
Latest topics
» Wayne Rooney appreciation thread