it's only because he is a former United player as well lol
all good though, because the rest of us fans love for him to stay as long as possible

Ole should have remained a stop-gap coach...it's obvious why he's protected. He's a beloved ex player at the club and has the backing of big the likes of Fergie.We should be cutting ties but it's not gonna happen unfortunately. Especially after we finished second last season (hugely deceiving)

So where does everyone see United's prospects this season?

My take: if City get Grealish and Kane, then they're undisputedly 1st. Which puts United just under them.

A QF run in the CL isn't out of the picture

Top four finish should be the bare minimum. They might challenge the title until March and fall away because their midfield/attack depth still isn't fantastic. Their defence is looking pretty mean now though and that's gonna get them a lot of points.

CL wise, they've got the talent for the quarter-finals. The rest depends on OGS.

Thats a great team. Congrats @Firenze. Shame cause Ole is at the wheel still but thats an enjoyable set of players to look forward to.

Myesyats wrote:Thats a great team. Congrats @Firenze. Shame cause Ole is at the wheel still but thats an enjoyable set of players to look forward to.

Yeah, looking forward to the season tbh, maybe the most I have in years, some real exciting players.

Still a couple positions to address. Cavani is great but not gonna play every game. Don't trust Rashford or Martial. Hope we sell Pogba and get a couple new CM's in tbh.

be nice to win a trophy though

hopefully Sancho and Varane don't flop too of course, always a possibility

If City don’t get Kane should be a toss up between City, Chelsea and United, United have had a solid window and can still improve in them as of yet City and Chelsea haven’t really done much but I suspect they will at least add one if not more players.

Basically out of 2 tournaments and its September

when is enough enough?

Ole has to go.

As things stand Ole Gunnar Solskjaer position as Manchester United manager understood to be 100% secure. Despite poor run of form 48yo still has support of #MUFC board. Signed new contract in running until 2024 with option of further year @TheAthleticUK https://t.co/vgM5p1WMNW

Any other top European club would've sacked his mediocre ass, not that i'm complaining, its quite nice to see United fans meltdown on social media every week.

we have 2 wins in the last 8 games

1 was a last second winner against Villarreal, a pure robbery

1 was from a last second De Gea penalty save

so it could easily be 0 wins in the last 8

what more does someone have to do to get sacked? never seen a coach protected like this

Stop fucking start Mctominay-Fred, that is the kinda pivot you would expect from relegation candidates

No balance no energy no confidence no tactical ideas. kick him out while it's early.

p.s: Pogba and Cavani may help in the second half.

couple of years of this, a team with our resources and ambition should be getting in proven coaches not coaches whose biggest managerial accolade is being relegated with cardiff

Yeah, this great club deserves coaches that have a track record of succeeding with big clubs 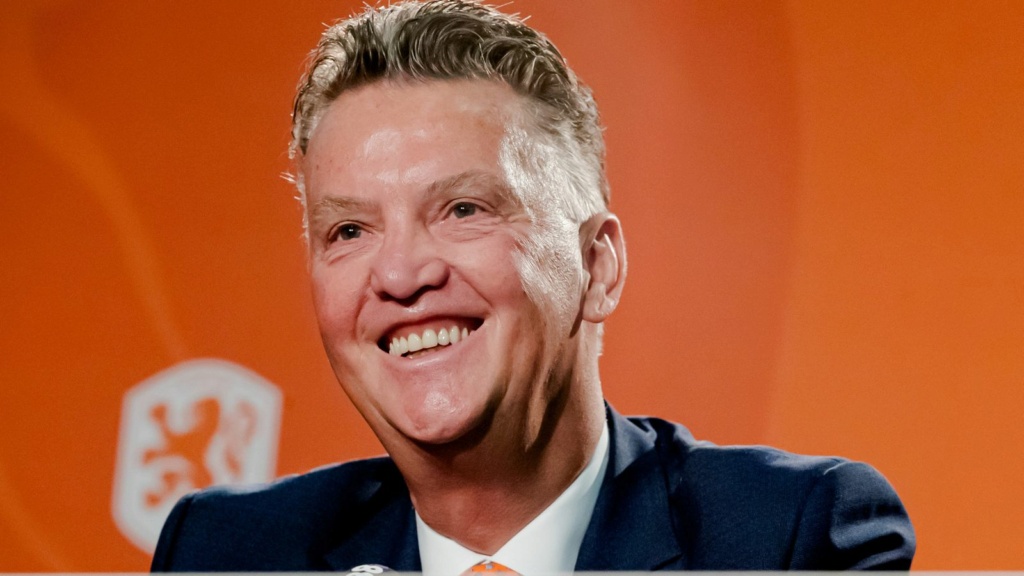 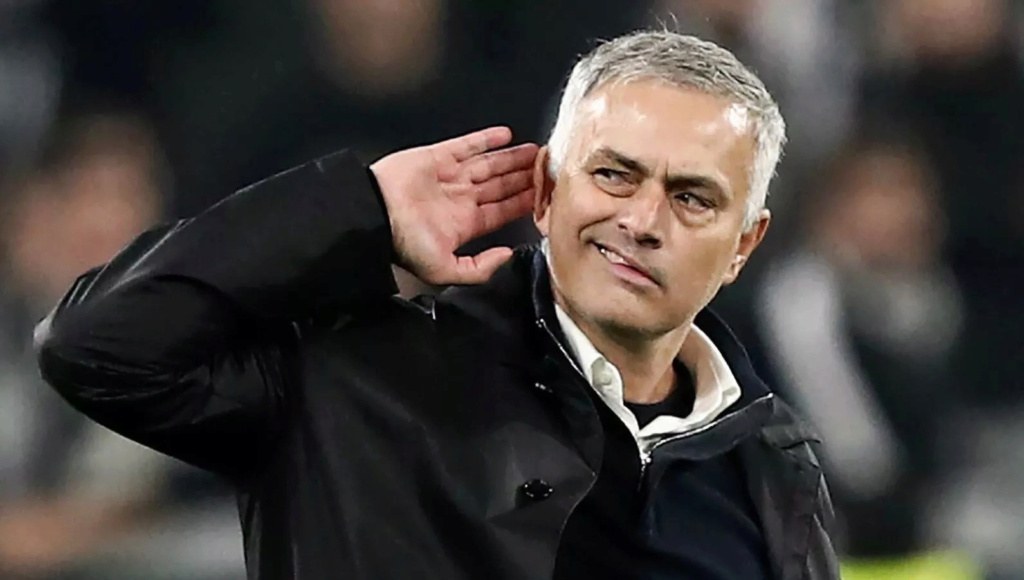 This great club actually requires a modern attacking coach irrespective of whether he has silverware in his cv or not. The incompetent board will never do that and will go after the biggest names available just to cater to egos of the 'biggest' players they always sign. Ole wont survive for long and rightfully so. But the guy brought it upon himself by neglecting the most pressing issue we had, i.e midfielders. Instead he became a pussy, panicked and brought back Ronaldo, thus disrupting the entire balance of the side. We actually were better last season lol. Now we have a squad of quality attackers, some of whom cant even get on the bench, let alone in the first 11 and then midfield, with 50 year old Matic still as our best player.

Cristiano is still wc, and will produce his undoubted quality in games like the last, especially in CL. But that will be an outlier more than the norm unfortunately. Players like Ronaldo, like Varane, I am not sure at the stage of their careers, will have the motivation to do that same week in and week out in the league, after seeing how shite our squad is in some other areas.

Anyway, as I said, the ideal way to go now is go for an attacking manager, even if that name is not that big to get the best out of the talent at disposal, even if it means pissing off big egos in the squad. Graham Potter for one, would do wonders with this squad I believe. But yea I am pretty sure, its going to be either Zidane or Conte after Solksjaer, and therein lies the problem with this club.

I largely agree with your post, it makes a lot of sense. I'm not sure how well Graham Potter would fare with this squad. I'd reserve that opinion until I've seen at least a small sample of how well he can make these players work together. Squad building really needs to be addressed, though. I thought I read somewhere that Man United had finally appointed a sporting director, but it seems like they've returned to the tendency of paying a premium for big names now, which wouldn't be so bad if they all fit into a cohesive system.

I know a lot of Man United fans have been dreaming of signing Sancho, Varane and CR7, but unlike in FIFA, you can't just sign big names and expect them all to slot in seamlessly and provide what the team needs. It should be the other way around; you recruit the type of players that fit the desired roles or playing style of the team/manager. If Ole's behind these recruitments, then he really is clueless. I wouldn't have been so arrogant as to claim that I know better than a football club in terms of recruitment, if these most recent transfers didn't result in a predictably disorganized team shape. I wasn't a big fan of how reliant Man United were on their counter-attacking prowess, but I definitely prefer that over this disorganized, over-reliance on big name forwards to make something happen.

As good as CR7 may be, I really don't think that's someone you bring in for any tactical or long-term purposes. If he had sustainably contributed with pressing like he did against Atalanta, it would be a different story, but from what I can tell, he really is a relic of the original Galacticos era. He offers individual brilliance, but doesn't seem willing to, or capable of pressing like an average player would. Sancho was a gamble that may still pay off eventually, but I also find him to be a puzzling transfer according to what the team seemingly needed, unless they were banking on keeping him away from other clubs.

Varane is 28 years old... I'm not sure what you're talking about re him in terms of "this stage of their careers". For CBs generally, their prime years are 27-32. Maybe Varane peaked earlier. Maybe injuries have just taken their toll.

Personally, I think he just needs to adjust his mindset a bit because he no longer has overwhelming athleticism contrary to when he was young. I think he'll make the adjustment. Just needs to stay healthy though.

Varane's case is interesting. he was better on the ball at 23 years old compared to now.

It's because of his speed Mamad. Varane could just kick the ball in front of him and know that he was going to be quicker to get to it than anyone else. Now, he's lost some of that quickness due to injuries. So his touch and technique have become far more important... as he has less margin for error.

You don't work on something that's not a problem. Now that it is a problem, he just needs to get better at it. I think he will.

Seeing Lukaku beating him for speed in the Nation's League made me realize that he'd really lost a step. 5 years ago, no chance Mbappe beat him for speed, let alone Lukaku.

Not sure about that sports. I think 2013 Varane would definitely beat Mbappe in acceleration, but as far as sprinting goes, Mbappe is head and shoulders above him.

long may it continue

Will Zidane be next?

he has to be gone now, im not watching football again this season if he's not sacked within 24 hrs

I am 100% sure he won't be sacked tomorrow or in the near future, the board has 100% faith in Ole and they will chalk this up to an anomaly according to trusted sources

Page 7 of 11
Permissions in this forum:
You cannot reply to topics in this forum
Latest topics
» The Official Real Madrid 21-22 Match Day Thread

Today at 3:39 pm by Arquitecto