Both Vinicius and Rashford have in common that their allround games are relatively underwhelming. They can play well when they aren’t forced to do the many things that they aren’t particularly good at. I do expect Vinicius to have a higher ceilling than Rashford, but these things are impossible to predict - especially, when it comes to Brazilian players.

I think @Glory made a good statement backed by numbers. 17 goals and 7 assists in EPL is actually very good for a 22 year old who doesn't even play as a striker. Vinícius could only dream to have such numbers even in La Liga.

I think Rashford can turn into a Neymar type player if he improves his playmaking ability, something I've noticed he has been trying to do lately. As for goals, believe it or not Neymar wasn't a lethal goalscorer either, certainly not at 22. Imagine playing with Messi and Suárez and only registering 7 assists and 20 goals in lol liga

Well, if you're going to use stats as an indication of capability or actual productiveness, then I suppose the fact that Rashford was out with injury for a while, not to mention that he was firing blanks during the start of the season, makes it even more impressive that he ended up with those numbers. My point isn't that he can't score goals or make himself useful, I think he's proven that he can play well when he plays to his strengths. He often plays well when the rest of the team is ticking, and often in bursts at a time.

But for me, that doesn't change the fact that his set of skills is limited, and if I wanted my club to challenge for trophies, I would have preferred to acquire a more well rounded forward than him. The way I see it, he's moreso a utility player than a forward who can adapt and cause problems to defenses in a number of ways, and I believe every club with trophy ambitions needs the latter.

Mourinho was quite transparent in his criticism of Rashford, and that didn't change when Rash was, perhaps unfairly, burdened with the task of providing goals at the start of the season. Mourinho was, ultimately, wrong in his prediction for where Man United would end up on the table, but I think it would be farfetched to argue that Rashford was a catalyst for the club's change in fortune. They were 13 points behind 3rd placed, Leicester back in january, when Rashford was nursing his injury.

Man United scout Tommy Møller Nielsen also spotted at Nadderud for the game between Stabæk vs Brann. Some of the young talents he could be watching:

State of this fucking club man

When are we going to Old Trafford to receive Sancho?

Ready to stand out.

I'm offended on behalf of the Zebra community

Ready to stand out.

why the frrrack would you do that

Obvious ploy to try to get the best out of Pogba by reminding him of his Juventus days in an abstract, atrocious way

Meh. Third Kit. There was Belgian side with a kit like this, I think.

Amongst the very worst i have seen

Time to go back to vintage kits if that is what modern design has come to.

Nike and Adidas are getting worse by the year in their cookie cutter template design and doesn't help when they hire failed Street artists to throw a design on the wall and let it stick as their design.

Then again our LFC kits this year are beautiful. 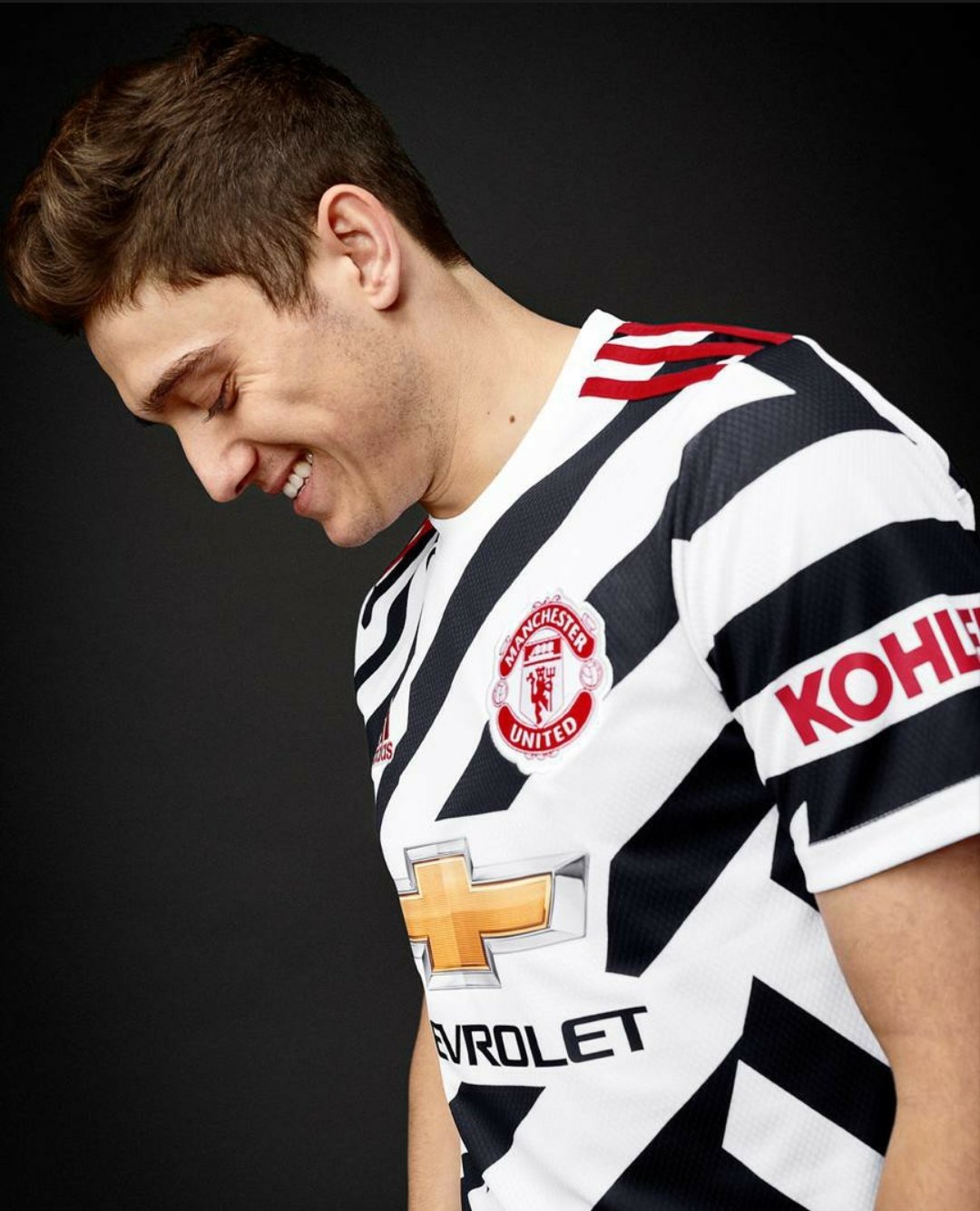 James is killing it in tho.

Julien Laurens: "Is this some sort of a joke? Are they kidding me? Are #mufc not actually understanding the frustration of their own fans? — for the players they were in for, and they keep missing out, year after year." #mulive [@LaurensJulien, @ESPNFC] pic.twitter.com/Lh6ubOeNrP

it happens, this is all part of those few next years (30 years, or probably not so long) that you will have wait!

Surely he's finished after this game?

Yea he's done. Has to be. Its not even the lack of transfers. There's no organization. No clue as to how to play basic bloody football. The likes of Luke Shaw and Maguire. I mean what the fck are they doing positionally. You could drive a jumbo jet through some of those spaces. It seems the players have downed tools on him. Feel sorry for the bloke but has to go now. Hope there's an announcement tomorrow.

Woodward can't afford to sack Ole at this point

not after his Sancho disasterclass

but Poch won't be on the market forever, as Tuchel's days at PSG are quite apparently numbered

Yeah of course but unable to speak, and by some accounts incapable of learning, English 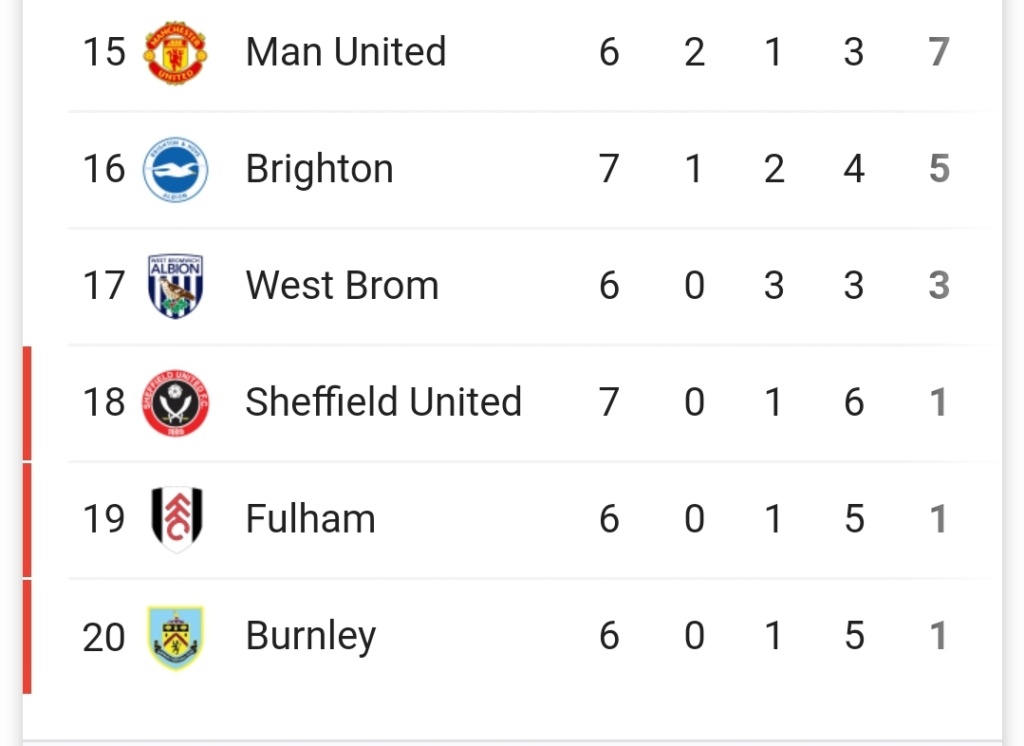 he would be gone if not for the CL results

we need him sacked immediately, Poch or Allegri IN

Not his fault Pogba is shit.

His fault that he plays him though.

Arsenal did not even have Xhaka or a respectable midfield yesterday and the mf still did nothing beyond mucking it up.

Partey looked very good for Arsenal, in my opinion, and he's barely played with this team. If he continues like this, Arsenal may have a gem on their hands. I imagine he'll only get better.