That's a black Uni-Ball pen. These are the BEST pens to use in college. They are really expensive as well. Like a 4 dollars per pen. That's TWENTY DOLLARS FOR A FIVE PEN PACK.

I didn't think I would be educated on pens but I appreciate it a lot.

Uni-ball are from Japan and glide over paper. Micro and Fine edition. (prefer micro) 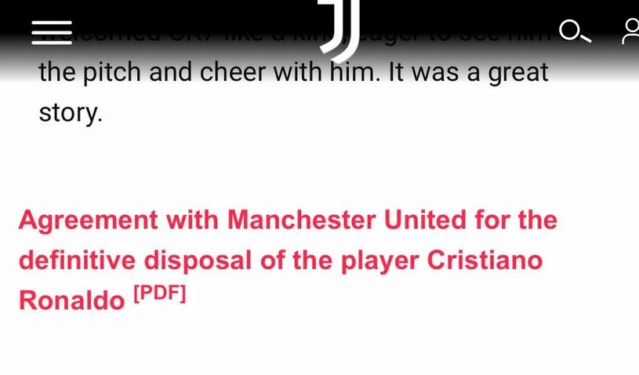 I don't know if it isn't obvious, but I am obviously joking about how serious I was about the pen.

Uni-Ball pens are super awesome though.

The life of the wealthy and educated... must be nice to write letters and contracts with such a quality pen that has liquid gel ink and metal point

I heard that Juventus has appointed Maurizio Arrivabene as part of management? its a good news actually guy is calm and composed and has ability to stabilize the restructure.

He used to be team principal of Ferrari and he had brought some stability in the team, he was not shy in front of public fore-fronting and taking very difficult questions from media as well during those re-structuring times at Ferrari.

Dybala looked at the stands [and at Juventus board] in this way after his goal. Why?

Paulo answers ironically to Sky: “I invited a friend and I couldn't find him - there were a lot of people…. do you’ve to believe me? I don't know, it's up to you!”pic.twitter.com/X2WYHWHzKz

Nedved is really, really bad at his job, is he?

Every 2-3 years it's the same thing. You can expect Dybala to extend at some point in february

This leads me to surmise that the management are awaiting on the Financial Police's verdict which will be decided in February/March.

If i were Dybala, i'd hightail outta there

If i were Juve, i'd not give him that salary, 10m a year for a 29 year old who gives you 4 goals & 5 assists, 3 injury layoffs and 2 mask-off celebrations isn't justifiable.

It is not the time to lose Dybala on a free transfer. First his agent needed to sort some legal registrations so the deal couldn't be signed back in october, now Juve is taking a hard stance with all renewals and re-evaluating them in march/april. Part of an "austerity" position that the new management was brought for.

Dybala wants to stay, always says so when contracts come up and still says it now. We might end up overpaying a bit, but it would be a mistake to not move forward with him.

Zakaria for 6m € and Martial on a subsidized loan, as I said Juve will be winning the league after all

I've been scouting a few players on Youtube recently. We should sign Aurelien Tchouameni he is exactly the guy we need in midfield. A real DM who can get balls back and not useless in possession.

Hapless_Hans wrote:Zakaria for 6m € and Martial on a subsidized loan, as I said Juve will be winning the league after all


Maybe Zakaria for 7m and Vlahovic instead of Martial

The league is lost though, securing the CL is the objective

Finally a midfielder to get excited about. Seeing Rabiot, Bentancur, Arthur each match i am about to die of boredom. Zakaria is an interesting tactical option for Allegri, he seems a box to box competent on both sides of the field. Not some slob scared to commit in tackles like the 3 mentioned above. He likes to dribble a lot we'll see how it translates in Serie A.

Vlahovic, Zakaria, not the most glamorous names but i like a management who adress urgent needs

Vlahovic would've been a glamorous name by the summer(I'd argue he already is). We made the right call by moving in for him before he became out of our reach.

After Haaland, he's the best young CF in the market we could sign. Also, finally a strong, conventional CF that someone like Dybala would enjoy playing off of. It's just a shame Chiesa got injured otherwise we could've witnessed something special.

We obviously need to do much more work in midfield though but Zakaria is a good start.

Vlahovic is already a huge name. Best young CF out there after Mbappe and Haaland who we culdn't have signed anyway.

More moves were just made

Paratici is still working for Juve or he just lacks inspiration ? This is too good to be true

Gatti was scouted by all top clubs in Italy and it's a 10 millions well invested because Bonucci is the only CB who is sure to be here next season.

Who is Juve's new director? They've gotten rid of some their garbage and made some shrewd signings.

Zakaria is low risk and high reward. He was hyped up a lot before his injury. Definetly a YouTube player. He has a unique profile that other midfielders in Serie A don't have. Allegri might not use him right away because "tactical adaptations" but if he hits the ground running he'll get a lot of praise due to his playing style.

If Vlahovic doesn't flop you'll have a CF for the next decade unless he decides to move abroad for his prime years.

Allegri seems like the type who would play Mckimmie as a LW for balance ala Matuidi. Has Juve been linked to any LW's?

Not sure how many years Bonucci and Chiellini have left and De Ligt will probably leave so you'll need CB reinforcements probably?

Do you still hate Scezney and your fullbacks? Any replacements for those?

The new director is Cherubini, he has been with the club for the whole decade of Andrea Agnelli. He was in charge of Juve's youth sector, then Juve's U23, then was Paratici's right hand man. In the same sense as Paratici was Marotta's right hand man.

Marotta's role as CEO which ceased to exist after he left was restored and given to Arrivabene, part of Juve's board and former director of Ferrari.

These two are doing a lot to restore Juve after Paratici was moved out. One of their very public tasks is getting the finances and wage bill under control. The wages are already pretty reduced and they froze all contract renewals for now, things are more frugal now in a good way. I know it sounds weird to say after Vlahovic was signed for huge money. It was also said that now Allegri will actually have some voice on the signings, he asked for Zakaria and a striker.

We have not been linked to any LW as far as I know, and even sold Kulu, one of our only wingers. We'll see what the plan is.

At CB we've just signed Gatti. Rugani under Allegri has been looking excellent, will probably stay as a back up. Then there are links to Bremer and Romagnoli if De Ligt leaves.

Szczesny's start of the season nightmares ended pretty quickly, after he costed us a bunch of points. He is competent, but its clear that soon he has to be replaced.

The fullbacks don't get much hate, Alex Sandro gets hate. He plays completely average for years. Luca Pellegrini is a back up, not more. De Sciglio has been another player resurrected by Allegri, our best left back. At right back Cuadrado and Danilo are entirely dependable, some of our best players. The only name that seems certain for left back is the kid Andrea Cambiaso. Anything else  hasn't come up yet but this is one of more important areas to improve on.

Agresti, yesterday morning: "Juve will try to get Zaniolo"

Roma's director: "I can't promise that Zaniolo will be at Roma in the future"

Casciavit wrote:Who is Juve's new director? They've gotten rid of some their garbage and made some shrewd signings.

Allegri seems like the type who would play Mckimmie as a LW for balance ala Matuidi. Has Juve been linked to any LW's?

Not sure how many years Bonucci and Chiellini have left and De Ligt will probably leave so you'll need CB reinforcements probably?

Do you still hate Scezney and your fullbacks? Any replacements for those?

Leaving aside that one man's trash can be someone else's treasure, it's easy to get rid of said trash when it's young and inexpensive

Matuidi played as a winger only when defending. Pirlo did it too, with McKennie, but on the right. Allegri is doing it now with Rabiot on the left

Zakaria will end up playing the position that Pogba played

We hate Szczesny only because we couldn't get Donnarumma. Save the two first games, he's been great, best keeper in the league

As for the fullbacks, we only hate Sandro because he plays like a scrub and De Sciglio because he is a scrub, but the situation is dire. The only good one is Cuadrado and he's 34

I am excited for sunday's match. It did not happen since quarter finals vs Ajax in 2019. Or the first match after covid lockdown but then my excitement quickly faded

been following out of habit more than passion

It's been frustrating to see this squad give sub-par performances 90% of the time, as low as i rate some players, the sum of individual talent never showed and the lack of chemistry is visible.

Page 15 of 16
Permissions in this forum:
You cannot reply to topics in this forum
Latest topics
» UCL Final 21/22 | Liverpool Vs Real Madrid

Today at 3:59 am by BarcaLearning

Yesterday at 8:00 pm by McLewis

Yesterday at 7:00 pm by BarcaLearning