Confirmation that Allegri will ask the club to try and set up a dialogue with Dybala's entourage for a renewal. [@romeoagresti]

Dybala and Max have a famous father-son love hate relationship and its obvious he wants to build his Juventus around him.

Huge risk given he is injury prone and rather inconsistent but he uses him the best.

Chiellini is going to extend for another season. Love that, he was immense in the final stage of the season and his presence is always appreciated. With Buffon, and most likely Ronaldo leaving, the squad will definitely need his leadership

From F1 to football. Hope the transition is smooth.

Sounds like the perfect man to hire Sacchi back

A stupid question i suppose, but a CEO does what in a football club ? Is he replacing Paratici ?
Or it means AA will be less involved ?

Because sportively Ferrari have not been at their best in recent years, far from it

He’ll be to Cherubini what Marotta was to Paratici

When Marotta left, Juventus didn’t officially fill the position and Paratici basically held did the work, which isn’t that great because there’s a lack of oversight

Paratici was pro scout and technical director under Beppe and did a great job for a decade. Just not that good of an administrator - or so it seems - because he was in trouble from day 1 with that Ronaldo contract

What about Cherubini ? I don't know much of him. He was presented as a Paratici 2.0

As formula 1 fan, of course my team is Ferrari, it's been a row of disappointing seasons with poor logistics and slow cars. Not particularly enthusiast that Juve hire its former boss

-Allegri wants Pogba or a midfielder with similar characteristics. Sergej immediately comes to mind. He wants a big signing in the midfield which is extremely promising to hear, even if it’s painfully obvious that this exactly what’s needed

-Pjanic can return on loan. It will save funds to accomplish objective one: a big midfield signing

-Locatelli race will be on after the Euro, I hope we sign him

-Chiellini will sign a one year extension (probably already mentioned)

-Donnarumma will be difficult unless someone signs Szczesny. I was reading a rumour about Roma potentially interested. If we can clear Szczesny, I think we will sign Donnarumma. The Roma rumour is a Szczesny for Florenzi swap

Exciting names in midfield. Guys who can pass the ball and take a shot, for a change. But just 1 is not enough, hopefully we get at least 2 new midfielders, Pjanic is very interesting in this regard.

Rather sign a low cost CF or a 4th CB. Plus the back-up keeper we already need. Gigio can wait

-Szczesny staying
-Demiral linked with Atalanta, his wages a problem for them
-Morata, after his fine showing with Spain vs. Sweden has had his loan extended
-Juventus linked with Tolisso, extremely on trend signing of mediocre midfielders to continue

On a bright note:
-Ramsey is very probable to leave

OFFICIAL | @AlvaroMorata extends his stay at Juventus until 2022!

I see links to Youri Tielemans from Leicester. A creative midfielder who plays vertically, that's a profile we don't have. Can also fill the DM role. Allegri is really down on Pjanic apparently he is the back-up signing. That much is old news, it's still being reported, he's available on loan... so i got the feeling he joins no matter what

No news of Sergej since 3 weeks

40m and Tolisso is yours

Would propose an Arthur-Kimmich swap instead and everyone's happy

Juventus could meet with Sassuolo in the next few hours. It is possible that Dragusin could be included in the deal, Juve value him at 10mln, Juve are willing to put 35-40mln on the table. Locatelli's desire has been clear, he only wants Juventus.

From juventus.com
Takes me back to those early days of my Juve fanhood as i discover the legends and notably Boniperti whose associated with the club for 75 years


FAREWELL, BONIPERTI
This is the news we never wanted to give you.

This emotion we are all feeling right now will not prevent us from thinking fondly of him, for everything our President was and will always be in Juventus' life.

An indelible figure, who, as of today, is handed over to memory, because he has been in the history of football for some time. Because when you express a thought, and that thought becomes part of the DNA of the club you have dedicated your life to, it means that your character has become its identity and way of being. Forever.

AN IMMENSE LEGEND
Giampiero Boniperti, was a champion who helped make Juventus fans forget the war ("with his kindness and the class he displayed in hand, and together with which he participated in giving back rays of hope for the future after the war", wrote Hurrà Juventus in 1966), has a football curriculum that everyone knows of. Even children.

One day in the spring of 1946, at the age of 18, Boniperti left Barengo (where he was born in 1928) and go to Turin. He was a football pioneer, a romantic and carefree.

"He was thrilled by the Bianconeri colours and wanted to become a Juventus player,” reports the first profile in the Bianconeri magazine; the boy would have come a long way. Almost a year later, at the beginning of March 1947, Boniperti made his First Team debut against Milan, in a campaign that Juve finished in second place behind an impregnable Torino. The following year, Vittorio Pozzo handed him the Azzurri jersey in Vienna against Austria, where he initially distinguished himself as a world-class right winger, then centrally alongside Muccinelli in the Rimet Cup (1950) – a position he took up also at Juve in the 1950s. Those were the years of the three names: Boniperti, Charles, Sivori. Three icons, with any other comment being superfluous.

Best on the field, he scored a brace in the legendary Wembley match between England and the Rest of Europe (and the only Italian-based player alongside Nordahl, Vukas, Kubala, Zebec), Boniperti was a thoroughbred center-forward with a powerful shot.

He became top scorer in Serie A in 1947/48, barely 20 years old, with 27 goals scored. It was the prelude to his first of five Scudetti in the black and white jersey.

He was a very refined player, yet deadly. There was agreement on everything between Boniperti and the ball. Once he confessed: "When I was younger, the goalmouth was always wide for me and the goals came in one after the other. I shot and it was a goal. As I became an adult as a player, therefore more complete, the goalmouth got narrower. Obviously, it depended on the fact that I wanted to score a powerful goal, with the ball that starts and cannot be seen anymore.”

He preferred to be the inspirer and regulator of the game, the basic element, the pivot of a whole device, the lever that set the mechanism in motion. He freed the game from personal matters. And so it would also be in the future, when he returned to Juventus as manager.

He wrapped up his career in 1961, as an Italian Champion, with 179 goals. He was 33, and he hung up his shoes with a simple ceremony: "Guys, I'll stop." The inflexible temperament of an extroverted gentleman on the pitch.

PRESIDENT OF A EUROPEAN JUVE
In July 1971, a second Boniperti era began for Juve: after that as a player, he commenced a new era, with him at the helm of the club, this time President. B for Boniperti, B for big. With him at the helm, Juve became a world renowned, great in Europe and globally. Scudetti were won, yes, but above all, so were the Continental and Intercontinental Cups. In total, 16 pieces of silverware were raised a loft to make Juve the only team to have won all UEFA competitions.

A smiling, prudent and reserved manager, he was “the creator of a collective on and off the field, made up of professionalism, without divas. It was a Juve of hard work and sacrifice,” described Hurrà Juventus, 1980. Juve’s simplicity was made in the likeness of its President. A Juve that didn't just mean youth, but became once and for all synonymous with victory.

In recent years, he has always been close to his Lady. Perhaps the most touching moment of the Stadium’s inauguration was precisely when, on September 8, 2011, he headed towards a bench in the center of the field, alongside another Juventus legend, Del Piero, the only player who was able to score more than him.

On that occasion, he chose to tell us about his first meeting with Juventus. Excited himself, he excited us all.

"My life in Juventus", he said. “Began on June 4, 1946, and after 65 years I am here to hug you all, send you my best wishes and bring back to the players the phrase written on a banner a short time ago. Winning is not important, but it is the only thing that matters.”

From up there, now, there is another star in the black and white firmament that shines: it is that of Giampiero Boniperti, one of who gave the most to Juventus.

Thanks for everything. Rest in peace, Presidentissimo.

McLewis post in Roma thread made me look our own stuff...

So finally this stud De Ligt can wear a real Juventus jersey. What we had last 2 seasons was pathetic. The second sponsor is a bit too much but 4xe is the big thing for Jeep so allow it. 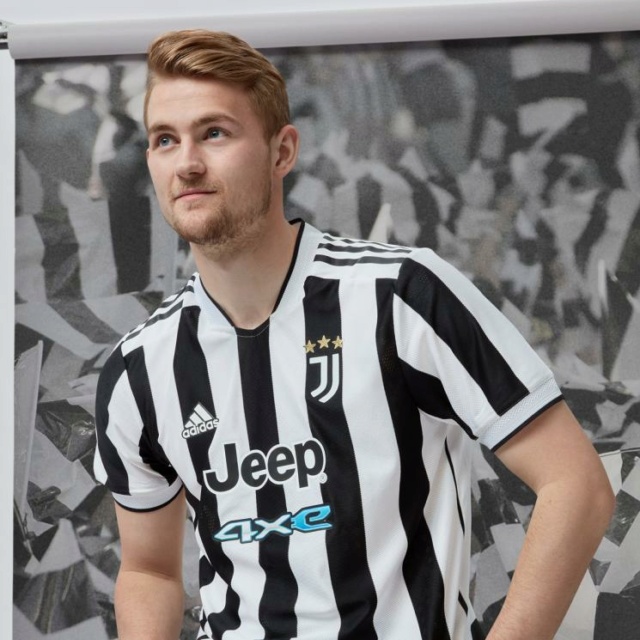 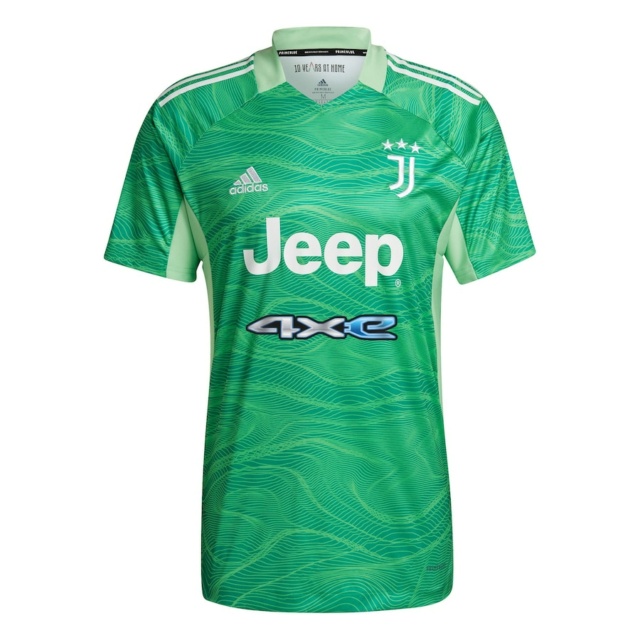 There is leak of the 3rd jersey which is, again, an absolute horror. I thought the Halloween third was the ugliest thing my eyes could ever look, well this one is even worse. Probably those designers smoked big joints before creating this. 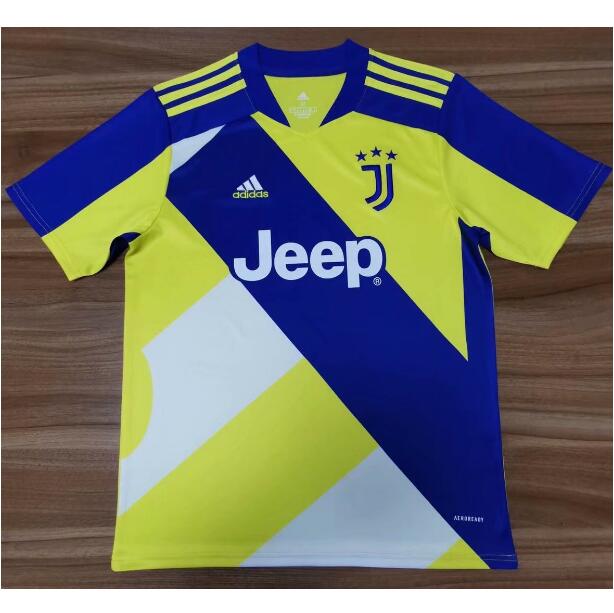 He wants only Juve and we offer low baller deals. Like paying loan of 2 years for 5M + 25M mandatory buy clause + 25% on re-sale.

Oh and Pjanic deal is stalling because we cannot get rid of Ramsey. And Barca of course is not interested in a swap. Arthur out 3 months, can't get rid of him either.

Same squad that could not make 2 passes correctly at some point last season. Putting all the pressure on Allegri who just got back. Ferrari guy what the fuck are you doing ???

There's no money. Ferrari guy can't really do much else.

Locatelli should be the only new signing of the summer, with loanees returning like Pellegrini and Perin. Hopefully also promoting Fagioli to the first team.

Locatelli is not the answer to everything

Marko Pjaca still got a contract while we're at it