few takeaways from the game:

- Nketiah still very raw. Had a few moments in the first half where his movement and passing could have resulted in a chance for us. Also had the one chance where he blasted it over the bar. I like him generally. I think he shown this far the capabilities of a poacher and hardworker up top that can press. But i question the technical ability. He can compensate that by learning more about running in behind the defense, and dragging out players, bettering his passing and link up play. How long that will take, who knows? So if Lacazette does indeed leave and we don't get a replacement striker this becomes a problem. Even more so since we do not know if Arteta wants to play Aubameyang up top.

- Elneny: i know it's only one match, but he looked more than solid and mature in that midfield today. With it looking most certainly that both Torreira and Guendouzi are going to leave, i don't think it will hurt us holding on to him as a backup midfielder. Especially for early round Europa and Cup games.

- Maitland-Niles and Martinez. I think all fans unanimously want them to stay, but i think their situations are all on them wanting first team football and not being guaranteed it here at Arsenal as of now. That really is on them tbh! They should be the ones showing more ambition to kick on and solidify their starting spots here, instead they want to jump ship, so fans shouldn't be mad at Arteta and the board if they leave.

Nketiah is a penalty box player being asked to play a complete striker role. He has to lead the press, drop deep to support midfield and then attack the box afterwards. It's a very demanding role for a young striker to play. Yesterday, Arteta even had him man marking Fabinho during Liverpool's build-up phase.

He did okay. He had his opportunities to shoot on goal, forced a couple of turnovers and stuck to his marking brief. However right now, he's not strong enough to hold the ball against most defenders and he doesn't have the immaculate first touch to compensate. He can make an impact off the bench but given the choice between him and Lacazette, you'd go with Laca right now.

Maitland-Niles is a tricky one. If we're playing a back three, I'd want him to stay because his versatility adds more dimensions to our build-up and attack. He can attack the flank like a conventional wing-back, step into a narrower position to become an extra midfielder, and even float into the half-spaces. The rotational movement of him, Tierney and Aubameyang is difficult for even good teams to play against. Defensively he's strong one-v-one and has amazing recovery pace.

If the aim is to play a back four, though, I'm not so sure on him. I'd prefer Tierney at left back, or even Saka, because of the importance of having a left footed player arriving to whip in a first time cross. It's clear Arteta doesn't see him as a right back option (Bellerin is still first choice, and he seems to like Cedric a lot) and he's evidently not among the midfield options.

Right now, he's carving out a niche as a left wing back but does he want to play there long-term? That's the issue, I think. He wants to play midfield or on the flanks and Arsenal want to move away from a back three system, hence the willingness to sell him at the right price.

Martinez is just a simple case of wanting to be no. 1 and likely not getting it because of Leno. I wouldn't read anything into his selection yesterday because it's pre-season. The keepers are going to rotate. He's in the form of his life but clubs typically don't have two keepers of similar quality for long.

Elneny was solid yesterday, but we were playing a deep 5-2-3 intending to defend most of the game. He can thrive in that type of game where running, defending and being safe in possession are valuable. The issue with him is when he has to play a more expansive game. But for now, he can be a useful option while we sort the midfield out.

I don't think you can coach a player into becoming more than he is. Eddie is great at poaching and finishing but anything more than that he struggles which is fine since no one is expecting more from him. However the 2nd half performance yesterday was borderline liability because he just couldn't hold on to the ball. If he is to play around the halfway line then we might as well sub in a midfielder (which i think we did with Joe).

This is why Lacazette (if not sold) is still the key upfront. If he goes then we absolutely need a ST. Although i am open to the idea of trying Nelson/Saka there tbh

Think Nketiah has a lot of time on his side to develop his hold-up play.

agree that even at 21, a player would show the capacity to do that by now and I think he has in flashes.

Was frustrated watching him lose possession so often in the 2nd half but as has been mentioned, the players were absolutely gassed so that performance isn't definitive.

If Laca goes though, he absolutely needs to be replaced. 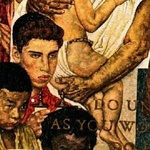 Another ELITE performance by Xhaka btw

Sorry for the late reply but Congratulations! Auba needs to be tied up ASAP

Kolasinac played for Bosnia, Xhaka captained Switzerland and have a MotM performance, and Tierney was spared as Scotland's game vs Czech Republic was postponed.

Last time we played there, we won 5-1 and the fans sang "we have our Arsenal back". Unai Emery was manager.

Don't know if that's a good or bad omen tbh.

Think Willian will start. Not sure where though.

Interesting to see who is ahead in the order in future. Saliba or Gabriel

We should win this honestly. Fulham looks ready to go straight down.

Surely 20/21 can't be worse than the past year? Gonna try and catch some games again. Artetanal makes me kinda wanna end my exile from regular footie. All the home office time also gives me a bit more time to catch yer lads here.

Being realistic, I see top four as well beyond our reach at the moment. I can only expect a 5th/6th place finish. That means being better than Leicester, Wolves, Everton etc. which isn't a super high bar but with the state Arsenal are in I can't expect anything more.

The metrics last season were horrendous, even after Arteta arrived. Off the top of my head:

- Our stats were that of a relegation team after we took a lead. Shots, passes/touches in opposition third and area, xG etc all plummeted.
- 17th for chances created in the whole league.
- xGA still worryingly high despite more defensive effort from the team.
- Improved results against the top sides are not sustainable. We got very fortunate in some of those games.
- Up there for set-pieces conceded. Down the bottom for set-pieces scored.

StatsBomb looked at some of these. Check out that trending xG/xGA graph since 2016. It's grim.

Also, there's a comparison of Arsenal's defensive actions to opposition passes (basically, showing us where teams typically defend on the pitch). Arsenal defend almost entirely in their own half vs Liverpool, City, Chelsea and United who defend in the midfield or in the opposition half. It's indicative of Arsenal's passive defending, the lack of good high pressing, etc.

So the one thing I really expect to see under Arteta now is more aggressive defending. The further we defend from our goal, the fewer shots we'll concede and the more chances we'll create from turnovers and transition errors. xG/xGA will improve as a result.

The hope then is that Gabriel and Saliba allow this to happen because they're quick, robust defenders with an iota of intelligence. The thing is, they're both young and new to the PL. They probably won't start together that often, especially early days, so we're left with the rest. Guys like Sokratis and Mustafi who are quick and strong but not all that clever, or guys like Holding who are reasonably clever but slow. Then you have Mari who's just an unknown and Luiz who is unpredictable.

For us to push back into top four we need a) a more aggressive playing style and b) better chance creation, but do we have the players to do that yet? I wouldn't say so. Maybe with time we could defend more aggressively but until new signings arrive I can't see chance creation improving much.

Picking up consistent results depends on consistent chance creation, and the tendency to sit on narrow leads (a legacy of Emery, continued under Arteta probably because of the defensive personnel) means you end up with more draws than you should be getting. Draws killed us last season and it's my biggest concern this season.

Great post Jay. Pretty sobering though. So basically, since Wenger left, both your defense got worse and your attack less creative continually.
Wenger's defensive record in his last years is a bit underappreciated I feel. Though maybe it coincides a little too much with Koscielny being fit/in form.

Excellent points. However, looking further forward (despite no significant signings bar Willan yet), I think Arteta has the mettle and vision to sort these out over 1.5-2 years. In the short term, consequently, we need to grind things out till we reach a higher level with personnel (and thus playing style). And what Arteta has accomplished after the lockdown makes me want to believe that we would be up for that grind.

I don't think top 4 is realistic at all. But 5th would be good. Can't and shouldn't get worse than 8th ffs. 5 + EL would be overachieving (and mean CL again, yay).

We have some 29 players and the biggest squad I think. Half of them are shite, but hopefully it allows us to mix up the starting line up (at least is "easier" games) given the fixture crunches that 20/21 is going to have. Might just be an advantage if we do it right, compared to the numerically lighter squads. Every game that we can get away with by playing Elneny/Özil/Guendouzi/(Sokratis)/Cedric/.. is a game that allows us to rest one of our corresponding starters.

Today at 7:32 am by Robespierre