Should have been the year of Manuel Locatelli at Juve. Hope he replaces Rabiot next summer.

22 members of Genoa, and 2 Napoli players tested positive for covid.

@rincon wrote:Should have been the year of Manuel Locatelli at Juve. Hope he replaces Rabiot next summer.

Apparently stopped by the regional health minister from leaving Napoli

Genoa vs Torino was already cancelled. Realistic to play Juve vs Torino instead, for less delays ?

@Luca wrote:This could potentially be a shitshow tomorrow with Juventus announcing they’ll be taking the field

After 3 matchdays , 2 matches lost at the table
Joke of a league, I 'd not have followed this crap if it wasn't for my club to partecipate here
Hoping for a Superleague a day, at least Napoli won't play there

i got confused here, correct me if i am wrong here

So Napoli has two players who got covid positive,
Rest got tested negative and were supposed to travel to Turin but they weren't allowed? or they didnt?
Then there is news that actually it was not true and they were allowed to travel but Napoli didn't ?
Napoli were asked to place certain players and coach Gennaro Gattuso into 'fiduciary isolation' - that is not technically a travel ban


So was it Napoli who refused to travel or is it because local authority didn't allow them to travel ?
I did read and understood that Serie A commision released statement saying match goes ahead and juve did the same.

i don't see how that is a problem because we had two players with virus out, rest of the team got tested twice and tested negative and travelled to Portugal for the game.


Also there is so confusion with the rules - so there is a Serie A version of protocol, UEFA version, then a local authority version for travel rules yes? why aren't Serie A then collaborating with all parties to come up with concrete plans  ... this mystifies me

oh my god ... and Juve says we will show up regardless for the game. What a a mess this is .....
Points is not the issue here, feels like Serie A commision / Italian football governing body for not being straightforward is confusing teams

Hope Napoli provides evidence that it was indeed local health authority's protocol being the sole reason why they couldnt travel otherwise it would have meant breach of rules and subjected to penalty.

Also if that is the case, Napoli are f.. ked because everytime they have covid negative in any players they can't travel and they cant keep asking other teams to postpone match JUST for them, no offense.

Milan had this covid issue, juve had this issue, other teams had covid issues and they are all adapting.
Also we need Serie A commision to be absolutely clear about it and they need to probably go to the main italy health authority who governs the local ones ? i dont know how the health committes work in italy but maybe ya all can elaborate more

eitehr way serie a needs to do that and after holding meeting come with a clear rules. didn't know that their own local health authority can stop this thing beause if it is then Napoli won't be able to play the entire serie a campaign.

the only thing i believe can and should really halt the game is if 13 players were not available due to covid then it can be postponed per i tihnk UEFA instructions?

This Papu Gomez is making everything to confirm my prediction

@Robespierre wrote:about Last season I had guessed almost all,...


Surprise team of the season
Torino

4th goal now and a post hit before as well

Alessio Cragno is an incredible GK 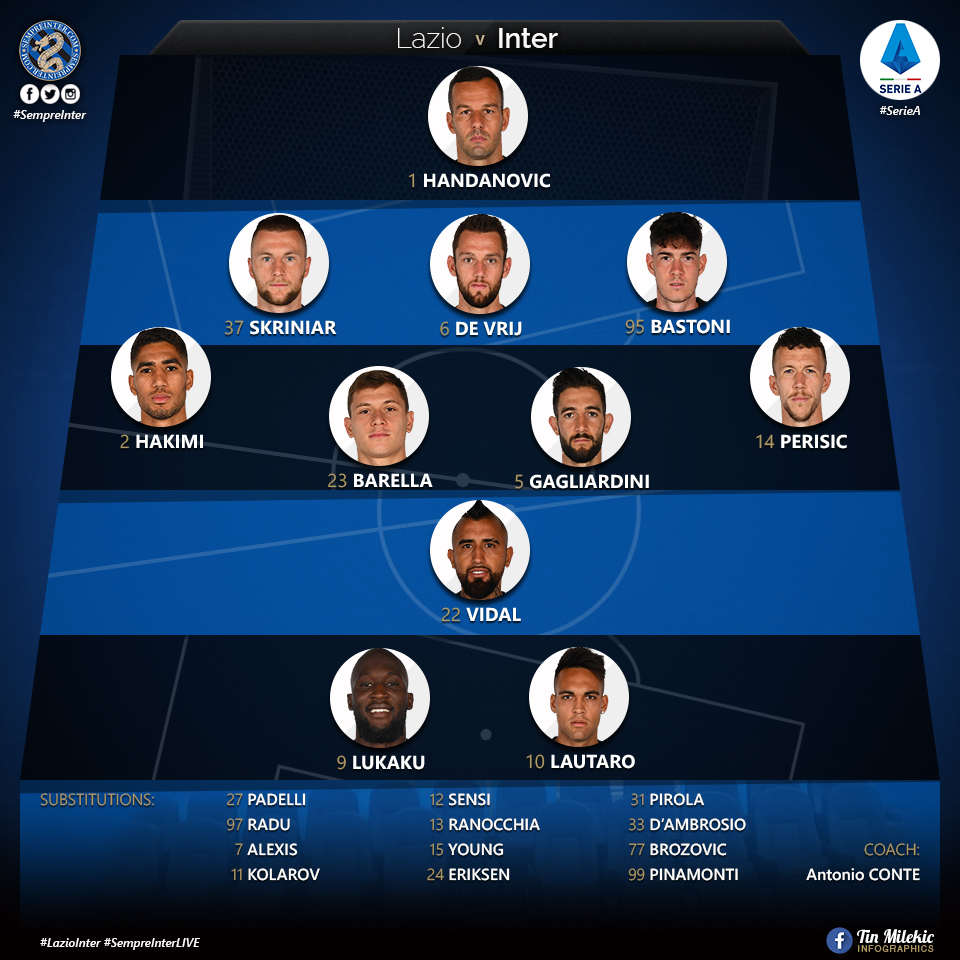 
Yeah he has Inter written all over him, right time to replace Handanovic

Gagliardini must have pictures of bald Conte

Probably Conte rates him as the only one good to " break" the game. Brozovic is out of project
I'm mostly worried about Perisic vs Lazzari.
Lazzari is one of toughest opponents in Serie A on wing, and Croatian isn't so good to defend ... we'll see..

Neither team deserved to win today so draw is a fair result.

Yesterday at 11:59 pm by Nishankly

Yesterday at 10:01 pm by BarrileteCosmico

Yesterday at 9:47 pm by The Demon of Carthage

Yesterday at 8:56 pm by Hapless_Hans

Yesterday at 8:20 pm by BarcaLearning

Yesterday at 4:24 pm by Winter is Coming