they must have a random phrases generator

Haven't played properly since Fifa 17, so I think I'll jump back in for this. Especially since there isn't much on the horizon that interests me. Been itching for some casual MP.

So they’re fixing all the things they ruined in fifa 20 like dribbling, broken interception/AI defending, scoring, heading etc.

Might actually see the return of Romano on the wing.

Day 1 clubs as usual with GL.

Sadly no matter how shit FIFA or PES are I still pre-order them every year. And this year ain't going to be any different.

That’s actually a surprising amount of new features. It matters little if it runs like FIFA 20 does, though. I’ve been going back and forth between 18 and 20 with friends lately, and the general sluggishness and lack of responsiveness in FIFA 20 is quite baffling.

I honestly can’t believe some people prefer it that way. It’s not realistic, nor is it practical or more enjoyable, in my opinion.

danyjr wrote:Sadly no matter how shit FIFA or PES are I still pre-order them every year. And this year ain't going to be any different.

Agree. This one won't even have a licensed Roma and I still will probably get it. For shame.

But Werner, Ziyech, Havertz, and Mount in one team? Day 1.

I don't think I've seriously played FIFA since 15 or perhaps it was 16. I might buy this one though as it's been a while.

I can’t be assed

Still gonna be top of UK charts for months.

Yea said it many times. FIFA n COD are safe from everything. Can put hitler as a hero in COD and it will top the charts. Same with FIFA

Thimmy wrote:I do wonder if FIFA would top the charts if a middle aged Hitler was the main character of "The Journey"

Oh yea without a doubt

I'm surprised nobody else has come up with an alternative for NBA 2K/FIFA/PES. Surely there's a market for such titles if done right? I mean look at how many battle royale games are out there.

Battle Royale is one thing. They can't compete with CoD in terms of overall production value, so they try to improve on CoD's most popular game mode instead. A game mode that wasn't pioneered by CoD, to begin with.

The equivalent for FIFA would be a game that's solely based around something similar to Ultimate Team. EA have poured a ton of cash into that game mode, and other developers would face issues with licenses and whatnot. I'm sure someone would've done it by now, if it had been easy to do so. Even if they manage to put FIFA to shame with their gameplay, the lack of licenses and an established fanbase would make it a risky bet.

danyjr wrote:I'm surprised nobody else has come up with an alternative for NBA 2K/FIFA/PES. Surely there's a market for such titles if done right? I mean look at how many battle royale games are out there.

License is the biggest obstacle. EA pays every single club in the world for using their team's data. Even a company like Konami couldn't dream of it.

At the end of the day, the kids will always buy FIFA because of the licenses, in fact they outsold PES during PES's glory days of PS2. But I'm sure more grown-up demographics would prefer a better game at the cost of licenses.

Also for this demographic, licenses won't matter much if modding is allowed in the game. I have PES on PC and I frankly have more teams, stadiums, chants and competitions than FIFA can ever dream of. They are not officially licensed, but who cares? Modding is huge in the PC PES community and I hope next generation consoles will allow for some game modification. But even if they don't, at the very least you should be able to import simple things like kits and logos from a USB.

Every year I hear so many people who are frustrated with FIFA and I'm sure most of them would give a new franchise a try at the very least for the sake of a breath of fresh air.

I can’t be assed

Me & Mole were laughing about it last night when playing Fall Guys. They atleast said there will be more to come but I don't expect anything major.

Atleast the overfall features from 21 will carry on to Clubs which will "fix" all the things they ruined in 20.

I'll believe it when I play it. EA are very good at marketing, but they are usually all flash and no substance and their new "features" get boring very quickly.

I like the logo though. Reminds me of FIFA 98. 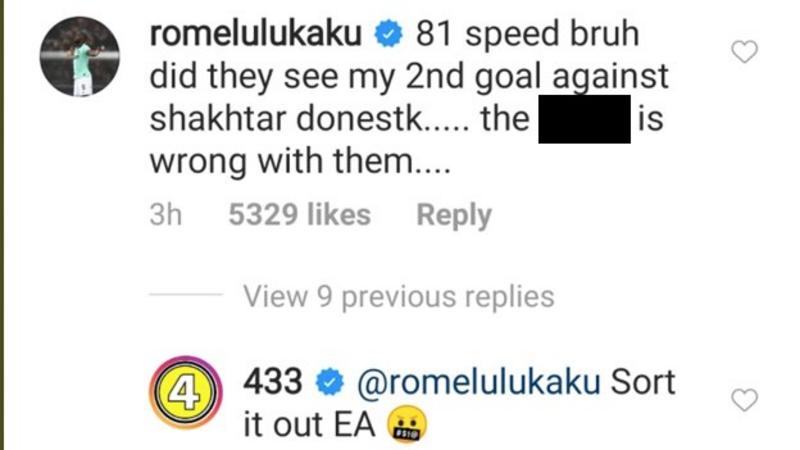 Let’s be honest fifa just mess with the ratings so we players start complaining about the game and give them more publicity... i ain’t with this sh*t. I know what i do