While I am at it, I also disliked the last page being about religious questions. To me, religion and politics are not connected and I answered "strongly disagree with religion" to most question - the left/liberal answer - but would actually have preferred to see my results without those religious questions included.

@Myesyats wrote:I would consider myself a centrist. I'm liberal when it comes to most issues: guns, abortion, gay rights/marriage,religion, environment, healthcare but when there is BS, i call out the BS. I find it alarming when people are radically to the left or to the right because both perspectives are needed, in moderation of course.

This is what i got on politicalcompass, if anyone has a better test i'd gladly take it. 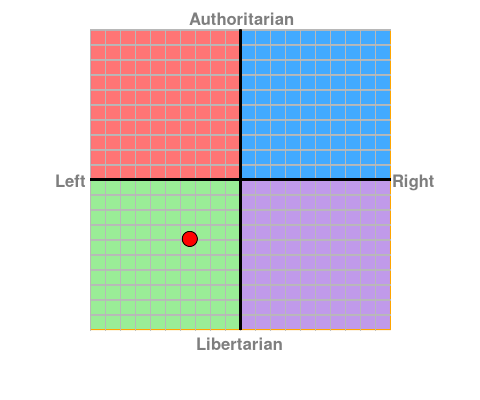 My result is almost identical to yours. I have to agree with Art, though - Some of these questions are awkwardly formulated, and I assume they're mainly based on an American demographic, considering how it intertwines religion and politics.

Do the other one aswell Thimmy

but like Warrior said, i don't think it's a 100% accurate representation of all my views. The market questions are simple, but political ideology gets a bit muddy when social dynamics enters the question. Especially when we truly don't know yet of the all the possibilities of how a truly global communist landscape would look like and feel like. How free we could be, could make some questions on that list irrelevant.

Looks like I'm still a progressive liberal. Reading some discussions on here, sometimes makes me feel like more of a conservative, though. I think there is a point where, even things that people consider to be trivial, could be a step in a direction that can become increasingly more difficult to agree with. Third wave feminism is a good example of it. Like you, I think a broader, presented range of ethnicities in movies and media is a good thing that should have happened a long time ago, but I believe there are exceptions, and I feel like the majority of GL is in the little to no exceptions boat, as an example.

There's always the convenient, counter-argument, "why does it bother you?". Things like Ariel being black or Asian doesn't bother me, at all. I haven't cared about Disney characters since I was a really small child, and I bet most children don't care what race Ariel is, and probably wouldn't even care if they made her a transgender. But I do think these changes are silly, and the fact that these progressive directors can't uncontroversially come up with original material, but instead opt to change established brands and characters, is a negative trend, in my opinion. The "why do you care about A and B" argument, is just a distraction from the wider topic.

Is it a given that we should always agree for things to change and occur on a case-by-case basis, and ignore the gradual, more encompassing change that occurs in that process? I'm generally quite positive to change, and I recognize that there's, more often than not, genuinely good intentions behind a campaign to create changes in the world, but I don't necessarily think those plans are well thought out, or discussed under sober circumstances. The dumbest of ideas can gain popularity and endorsement through social media, these days, and I'm don't mind being considered an old, stuck up, conservative by being a bit more reserved than the average, liberal, Joe. 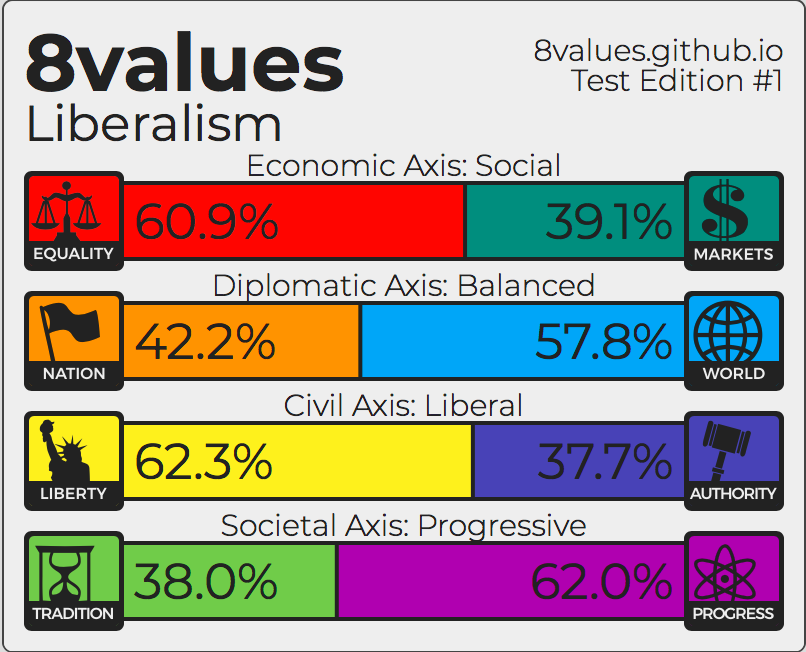 Yeah I agree with Art and Thimmy, the questionnaire seems to assume the person answering to be American, or is at least developed by Americans, by the way it conflagrates the Religious questions with supposedly political answers opposing conservatism/right-wing ideology.
Ignores the rather large subset of Laizist conservatives.
_________________
PS: Ramos should've really gotten a red in that last game we're all talking about.

but like Warrior said, i don't think it's a 100% accurate representation of all my views. The market questions are simple, but political ideology gets a bit muddy when social dynamics enters the question. Especially when we truly don't know yet of the all the possibilities of how a truly global communist landscape would look like and feel like. How free we could be, could make some questions on that list irrelevant.

How do you even write freedom alongside communism?

see this is the thing. I believe on this forum we have different ideas of communism really is.

it seems to me that some of you here simplify it to be the binary opposite of capitalism (an ideology which i believe is also very watered down on here), and understand it only through a couple of hopelessly futile anecdotal attempts in history.

How many of you have actually sat down and read the Communist Manifesto by Karl Marx?
battled with the language and the vision
_________________

Long story short, nobody here understands, but you do ? Care to explain ?

Unless "global communism" means something else than the sum of those 2 words put together... i think it's a pretty naive stance

First of all you would need violent revolutions for a long time to reset the political institutions everywhere in the world. Then you would need to have every human abide to this philosophy and renounce to their freedom, a large part of them by force, brain-washing, re-write history so ideals of free-market don't arise. And finally you would need to have a supersaiyan form of global government with absolute power of repression to maintain the system in place. Everybody needs to work hard because money doesn't grow on trees yet nobody but government is allowed to create riches.

Because don't be fooled on human nature, individual initiative is not something to be easily discarded, not everyone share the same vision of what common good and justice are. In communism, a couple of rocks in the gears, it becomes a state-administrated pyramid scheme. That's the world you want to live in ? I'll pass

People want opportunities in life to advance socially, professionally and financially, communism denies those opportunities and leads to a society where people's full potential is not realised.

Communism is a terrible idea; a right mix of capitalism and socialism is the way to go.

@Art Morte wrote:People want opportunities in life to advance socially, professionally and financially, communism denies those opportunities and leads to a society where people's full potential is not realised.

Communism is a terrible idea; a right mix of capitalism and socialism is the way to go.


I'd say pure capitalism doesn't exist either. In every country, there're market regulations, some are lax, some more strict. The bug in the system is for me after globalisation the market regulations all around the world weren't adapted. Multinational companies can do whatever they want more or less. That issue has to be addressed.
_________________ @Pedram wrote:When did lefties deny their political orientation that i'm not aware of? why would they want to hide their motives? they have nothing to be ashamed of unlike the right-wingers who have to pursue their interests with innuendos and dog-whistles because their ideas are so abhorrent to society that they can't just plainly state them.

I hate these sort of both sides-ism, let's not pretend left-wing radicals are just as bad as right-wing terrorists, don't try to make a false equivalency between these groups. i think at this point it's pretty clear who's on the right side of history and which side is trying to impede progress.

Not sure if serious, but the far left and the far right are near identical. Both extremely violent and tyrannical just with a different excuse

These guys ain't on the right side of history: 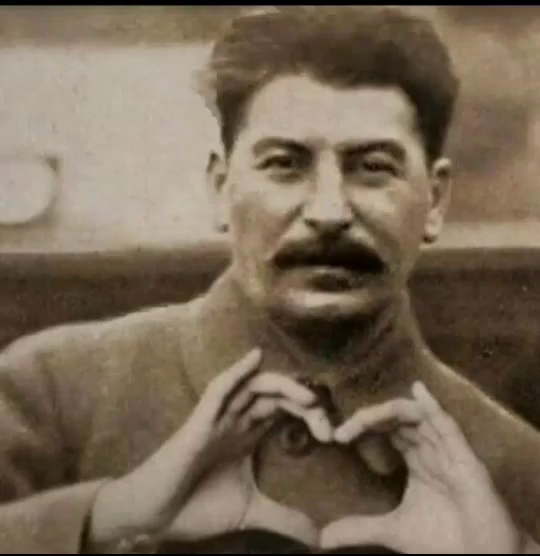 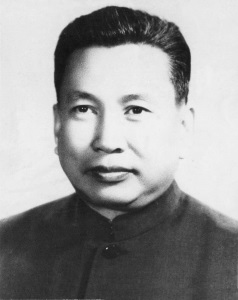 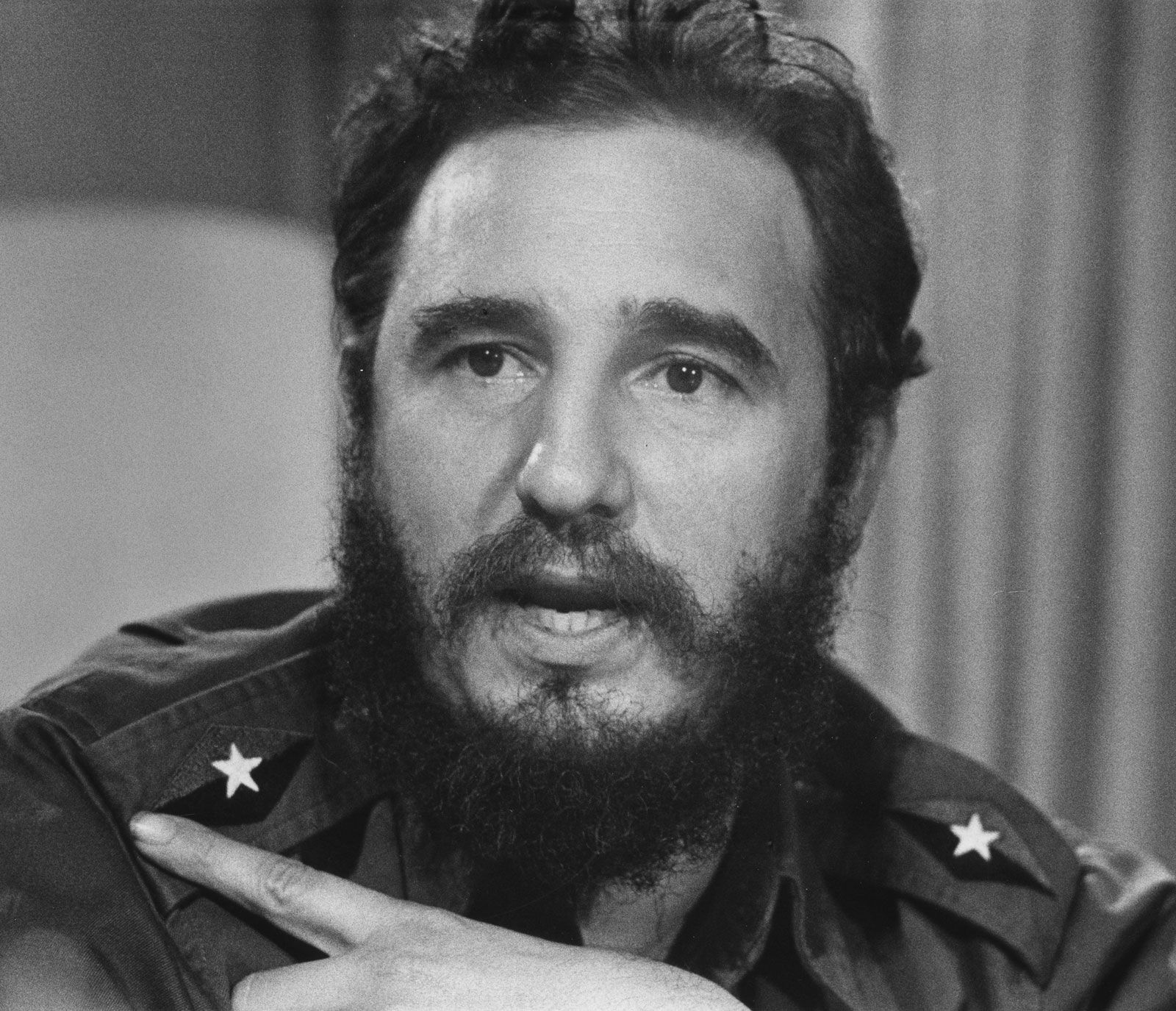 Here is the kill count of "not as bad as far right" guys over the past 120 years:


If the issue was so black and white that Left = virtuous, amazing, the truth and Right = evil, disgusting, irredeemable, trust me there'd be no debates in this world and everyone would be a on the "good" side.


On the topic, I think it's totally normal to have right wing views on certain subject and more left wing views on others. But online these days, such nuance ain't allowed, because if you have one stand to the right of Bernie Sanders let's say, you're literally Hitler." />" /> 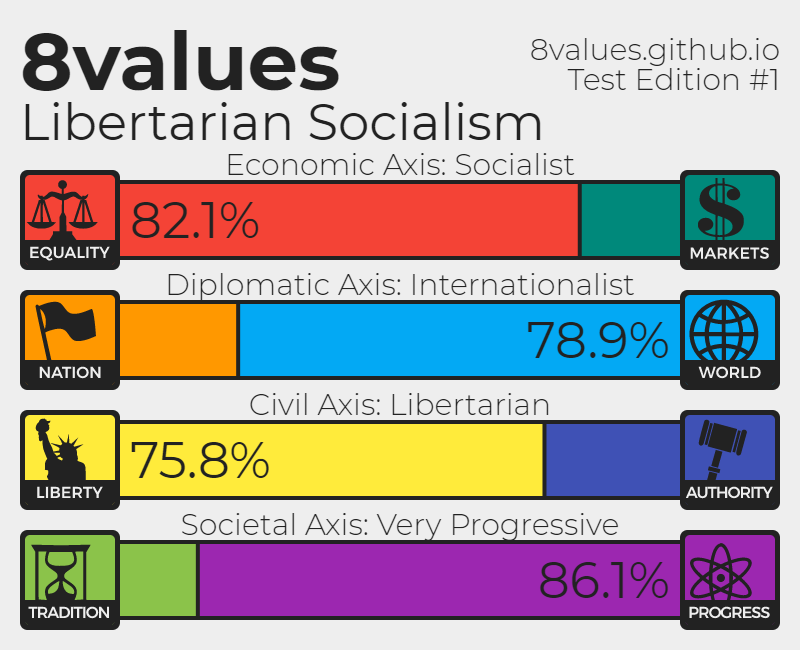 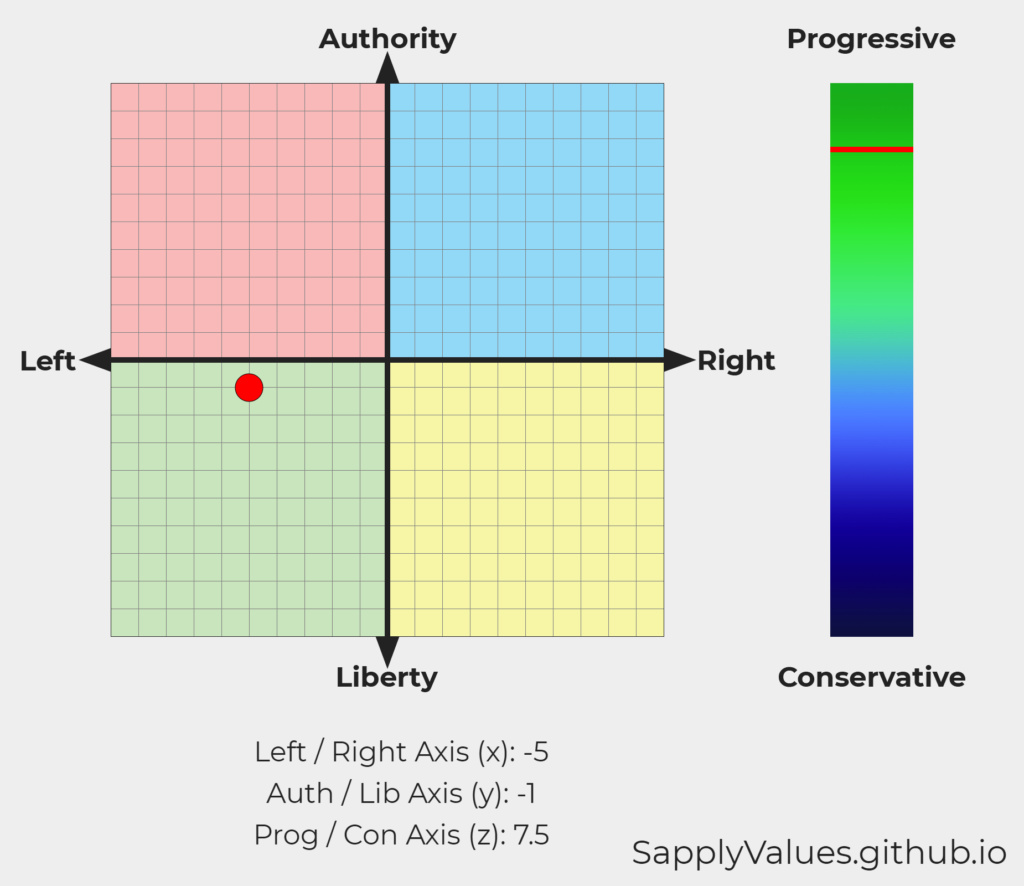 And as usual those who advocating /siding with leftist views in economics is the ones living in capitalism.

My country was utter socialist until 1991. Believe me you really don't need it. Capitalism with socialist intervention in some industries like healthcare with adequate social security net is the way to go.
_________________
#WEAREALLTAXFRAUDS

That is the irony of it Adit.

A lot of the enlightened communist supporters are doing countless things in their life that is stemmed of Capitalism itself.

This should not even be an argument and until a successful communist state/nation example can be given, not even a point in debating it.

People always want what they do not have, especially younglings who think they can make a revolution and make the world better lol.

It's easy to burn and destroy stuff, much harder to build.

Never had the chance to make this joke, sorry to be 15 years too late