I might actually try it, and refresh the Batman memories too.

New Battle Royale releasing on PS+ in a few days. The thumbnail turned me off instantly but then I read it's inspired by Takeshi's Castle, which I grew up addicted to in the early to mid 2000s and now it's day 1. Actually looks fun.

first fifa and now this

is this midlife crisis

Me and Tom been talking about this, I'm expecting it to be top draw banter with mics.

This game will blow peoples minds.

If someone is flying from Singapore to New york and it takes like 18 hours. Will that be in real time?

The game has real weather data for the whole world, so what ever that will be in reality, simulation should match it. Although I'm sure you can speed things up if you want, and change weather for what you want, there are more arcade modes. I'm sure there will be around the world 24h live streams coming in twitch.
_________________
- Come with me. Save yourself. You don't owe Argentine people any more. You've given them everything.
- Not everything. Not yet.

I'm getting chills just watching these. Now imagine VR with this, could be the game that finally makes VR.
_________________
- Come with me. Save yourself. You don't owe Argentine people any more. You've given them everything.
- Not everything. Not yet.

Yeah I think they are be pretty accurately modeled. One streamer was talking about flying too close of the mountain face, where tumbling wind would make the plane very unstable.
_________________
- Come with me. Save yourself. You don't owe Argentine people any more. You've given them everything.
- Not everything. Not yet. 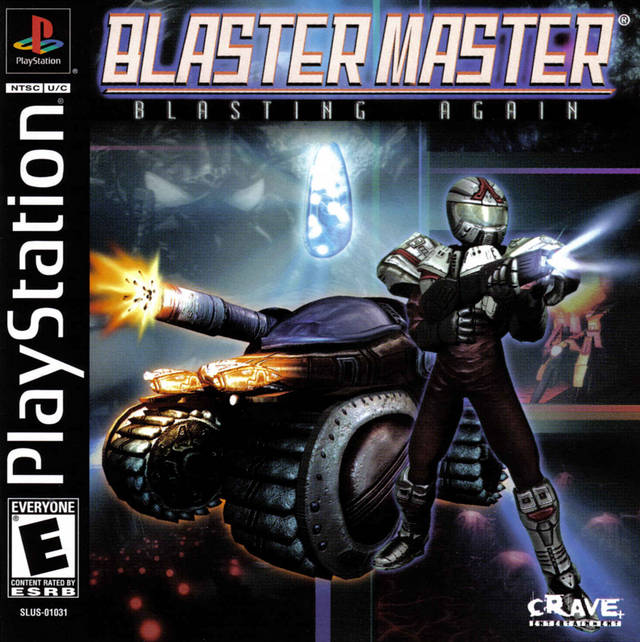 The first Blaster Master game was released in the second half of the console's life cycle, a little after most of its iconic early games have already been released. It managed to gain critical acclaim and a dedicated following because it used the console to its full potential while basically being a mishmash of genre ideas of many of those iconic games all in the same package.

Released in the late stages of the PS1 lifecycle, Blaster Master: Blasting Again was poised to do the same thing. Alas, the PS1 was a more complex console than the NES and the developers, Sunsoft, didn't have the same deft touch in everything they set to accomplish despite ultimately making a really good game.

"With their great power, they caused upheavals in the Earth, threatening humanity"

The major gaming element that became semi-mandatory in the 5th generation of gaming was the existence of a story. Games could be elevated or ridiculed by their story, but the story can be ignored in most cases as an extra flavoring layer.

Sunsoft attempts to elevate their game with a story. Surely enough, the CGI scenes are actually surprisingly good for the time, and there is even voice acting in the game. Yet, the story itself is a forgettable mess, with the voice acting somewhat making it even worse, that I simply wouldn't acknowledge its existence in the game.

In broad strokes, the story is about Roddy, the son of the hero of the last game, protecting the world from the "Lightning Beings" and saving the world while piloting his dad's trusted "Sophia" tank. He is also supported by his sister, Elfie, who provides mechanical and communication support.

Far more important is the story told in the game world itself, and that's where the game is truly lacking.

"Roddy, always be careful and don't go on over your head"

Gameplay-wise, the game aims to be a 3D translation of the original NES game. Like I said in the intro to this review, the original was a mishmash of genre ideas. One portion was a 2D Run & Gun game like Contra, others were top-down Zelda-inspired dungeons, and the game was set up similar to Metroid.

Blasting Again actually tries to preserve that varied identity of the original, but in 3D, and it mostly succeeds. The majority of the game is spent piloting the Sophia in various labyrinthian stages. Often, you will need to get out of the Sophia and proceed on foot into smaller "dungeons". As you finish stages, the Sophia is upgraded in ways that improve its mobility. Meanwhile, you can find upgrades at each level that increase your special firepower capacity.

On the tank, the gameplay is surprisingly smooth. The Sophia moves like a charm and the shooting action was not as inaccurate as I originally thought it would be. Usually, in 3rd person shooting, its a hassle to aim when lacking an aiming reticule. However, the Sophia automatically locks-on targets within its aiming cone, and the movement allows you to strafe around the enemies if you need to. That's because you have access to side-dashes mapped to the shoulder buttons that simply make the tank a joy to control.

The same cannot be said about the on-foot segments, as Roddy isn't as fun to control and the segments themselves are usually too repetitive. While the Sophia has access to four special weapons, Roddy is stuck with his base weapon and two special attacks that are of questionable use. Also, he is not as fast, and there is too much platforming in his segments. Also, due to having smaller "rooms", Roddy's section have more frequent loading spots. Still, it's not a deal-breaker, and honestly add value in variety.

As for the level-flow itself. I initially was very confused regarding what to do and how to navigate each level. However, I soon got the hang of it, and the secret is to frequently check your map. Basically, each level consists of several rooms, with some rooms containing a "dungeon". Without even knowing what you are supposed to do at each level, a good idea is to simply go to each room and the game will tell you if there is something that you were supposed to do, which often is a switch in another room or inside a dungeon.

"Be careful, Rody! There is something huge just ahead!"

Besides navigation and platforming in each level, there is also a lot of shooting going around, culminating in some intense boss battles.

Aboard the Sophia, in addition to your trusty shooter, you have access to four special weapons: Bomb rocket, close-range Tank thunder, defensive orbital Field drones, and Homing lasers. Learning how to best utilize these special weapons is pivotal to handling the tougher enemies and bosses fo the game. However, the majority of enemies are easy to dispatch.

Unfortunately, Roddy doesn't have the same offensive capabilities, but that's not his biggest weakness. For some reason, aiming as Roddy is simply not good enough. Flying bat enemies can easily go past his blast to hit him, and he loses weapon power as a result.

Note that you can always run past enemies, which is often a faster option. Yet, fighting is fun when riding the Sophia which is why I don't run often, but it's not as fun as Roddy.

Of course, you cannot run from boss fights, which are super-intense and fun when riding the Sophia. These battles needed me to jump and dodge around like a madman while taking advantage of every weapon at my disposal.

Unfortunately, Roddy gets his own boss fights and they are not as fun. Ironically, it looks like Sunsoft understood that he isn't as fun to control, which is why they made his boss battles have more of a puzzle component (which makes them better).

"This world will be destroyed in a matter of time. What good is your futile resistance? It's not too late... TO REPENT!"

Like the first game, Blasting Again came late enough in the console's lifecycle with more knowledge on its capabilities. That shows in the creations of admittedly impressive CGI scenes. However, despite their best abilities, the console's 3D graphics capabilities were lacking.

As such, pure technical merit wasn't able to shine. Instead, the game's lack of artistic cohesion is ore evident to us judging the graphics today. Even though Balsting Again may have looked better than other 3D games of the time, its still is not as memorable as some admittedly uglier games.

It's worth noting that the game doesn't suffer from any technical bugs and glitches but that it has significant loading time at each level. Since the loading happens between rooms, its more obvious in the smaller rooms while in on-foot dungeons.

Thankfully, the game's musical score is more memorable, with some really good level tunes. My favorites were the "Water" and "Plant" level themes, which had some complex arrangments with both naturalistic and sci-fi layers.

Of course, like many other PS1 games, its best to tune down the volume of the sound effects, which can get annoyingly loud at higher volumes. Especially since you will be shooting your gun a lot during the course of the game.

Even though it's not a classic like its legendary predecessor, Blasting Again is still a good game. It has some surprisingly action-packed and smooth gameplay when riding the Sophia, and the on-foot segments provide some variety despite being less fun.

Yet, beyond its gameplay (Which is good but not excellent), the game suffers from some boring design choices regarding its level and artistic design that keeps it from reaching the next level.

"Tips"
1-I suggest mapping the special weapon attack to a shoulder button.
2-Learn where each special weapon is most useful.
3-Explore the environment a bit for upgrades on special weapon capacity.
4-In on-foot segments, you lose weapon power if you are hit.
5-Make sure to always look at the map to understand your bearings.

After a string of disappointing games, I am glad I played something that's enjoyable to play despite not being a masterpiece like its NES predecessor.

Next, I am going to write a report on the top 80-71 games on the Additional List, which are numbered randomly by the way. After that, I will continue going down the Retro Sanctuary top 100 list by reviewing Alundra at #80, which should be a good game from what I have seen of it.

Apparently the game also has challenges, and world wide leaderboards, so there's also competitive aspect in it.
_________________
- Come with me. Save yourself. You don't owe Argentine people any more. You've given them everything.
- Not everything. Not yet.