So how is Corona going to impact game releases?

@RealGunner wrote:So how is Corona going to impact game releases?

if you buy digital copys then it should be fine

@RealGunner wrote:So how is Corona going to impact game releases?


Among rumours like these, Square came out saying that FF7R is not getting delayed.

I guess they are banking on digital and delivery systems

games like FF7R that were mostly wrapped up anyway are fine

it will surely impact game development though, in an industry that is already accustomed to heavy delays...we'll live.

Fans of the Mega Man X series were surprised by the release of the Mega Man Zero games on the Game Boy Advance. I am sure very few people expected a series of such quality, difficulty, and precision in control.

While the excellent Mega Man Zero reached its conclusion on the GBA, its spirit continued in Nintendo's portable consoles with this game, which is a worthy successor in some ways, while in others, some steps forward were actually steps into tedium.

The story takes place decades (and maybe centuries) after the events of the Zero series in an ostensibly better world. Yet, it's not all trouble-free, as the world still suffers from the occasional Maverick raid.

You have the choice of the player character from a boy (Vent) or a girl (Aile), which has minor effects on the story but none on the gameplay. Either character starts the game the same, as a "Transporter" transporting an important piece of cargo when a Maverick attack turns things south. Luckily for the player characters, the piece of cargo they are carrying is the "Biometal" of Mega Man X, which fuses with them at the time of danger, granting them the powers and abilities of X.

The story then progresses into a pursuit of other "Biometal" forms, which are basically sentient orbs of power that contain the forms of previous heroes in the franchise with the "Z-Form" being the first one you find next. Meanwhile, the bad guys (who are immediately obvious by the way) are trying to revive the ultimate evil Biometal, Model-W.

Admittedly, there are good parts to the story and characters, but it honestly never reaches the heights of the Mega Man Zero series. First, either hero does not convince in their roles compared to the legendary awesomeness of the original Zero. Second, the supporting characters are not as interesting, and stakes do not seem to be high enough.

Overall, it's a serviceable story that is a step down from the deeper and better series.

"Brave! Hardly. I just know if I didn't at least try, I'd always regret it"

Classically, the Mega Man formula evolved to consist of an introductory stage, then eight stages with bosses, and finally a series of harder stages just before the gauntlet fights and the final boss. The Mega Man Zero series shook things up a bit by having the stages being a part of interconnected world, but the connections were linear and didn't require much backtracking.

In Mega Man ZX, the game leans heavily into the Metroidvania genre, offering a large interconnected world with robot bosses giving key (instead of power-ups) that gradually open more of the map. The game also leans into the "Transporter" theme by providing a number of side quests (with most being fetch-quests).

This by itself dilutes the typical Mega Man experience, creating many areas which you need to backtrack through and loosing the focused stage development that is paramount to an Action Platformer. Designing the game as a Metroidvania meant that each of the key stages became actually shorter and less satisfying.

However, what kills the concept is the "Mission" structure the game opts to use. Simply, each and every mission, including the stupid fetch-quests, must be activated in a terminal before it becomes active. This marriage between traditional stage structure and Metrodivanias ends up diluting both.

Thankfully, the gameplay is still great, with a lot of fast movement options and the basic bad-ass vibes of the Mega Man Zero series. One shake-up that again is more of a step back than forward is the inclusion of the other Biometal forms. Model "Z" is going to be your bread and butter, but Model "H" is super useful for aerial movement but its weak attacks leave you vulnerable. I just wish you could have modded the basic form with extra functionality.

Once you get through the hassle of accepting a mission and getting into a stage, the game once again becomes closer to the core Mega Man experience. With a focused stage with a consistent them and a boss battle at the end.

One thing I enjoyed is that each stage had a mini-boss, with most being good fun.

Yet, they are surely no match for the main bosses of each stage, which are mostly great. In the Mega Man Zero series, there are no big elemental weaknesses that instantly renders a difficult fight east. Instead, each fight is competitive from beginning to end. In ZX, a great addition to each boss is a weak point in their body that has a satisfying clank every time you slash it.

This is the point where I should address criticisms about the game's difficulty, which I dismiss outright. Not only is the game less difficult than the original Mega Man Zero series, but it also provides an easy mode and several tanks to help you circumvent whatever challenges the game throws at you.

On another note, I wish there was an option to play those fun mini-games in the title screen or something instead of having to go through several in-game screens.

"It is time to see the legend in action"

With Inti Creates helming the production, quality sprite work and background graphics are expected, and they don't disappoint here. Simply put, the graphical works and animations are very well-done, with an excellent design sensibility on top of that quality work.

Compared to the GBA games, which still had a lot of charm and quality despite the weaker console, the DS games are an obvious evolution in form. Still, the game still is too zoomed-in, with some enemies hiding at the edges of the screen shooting at you while you dash forward.

This is a minor nitpick when the game world is as well-realized as here, especially with all the suitable sound and visual effects that accompany the kinetic action of the game.

Of course, this is also accompanied by an amazing soundtrack that doesn't betray the franchise's quality standards. Tracks are varied and express different moods, but most are designed to pump you up for action, and they succeed at doing that.

It says something about the game that its biggest weakness is its biggest addition. By tinkering with the well-worn format of the series, Mega Man ZX added in a lot of busywork that detracted from the excellent gameplay.

Honestly, just by removing the "Mission" structure, the game would have improved a lot. At least, it wouldn't have hidden the great gameplay, graphics, and music behind some repetitive nonsense.

"Tips"
1- Start missions at the terminal closest to the mission location.
2- Grind for lives before the final mission.
3- Use the "F" frame to shoot vertically up (you can manipulate the shot trajectories.
4- Use the "L" and "P" frames to look for secrets.
5- The "ZX" frame is your best offensive weapon.
6- The great majority of side quests are a colossal waste of time.

Doom Eternal Gameplay Loop is absolutely insane, this is up there with any shooter ever on the strength of that alone.

I never finished the first one either, but it was loved by both »professional critics» and normal consumers.

This one seems to be no different. I’ll consider getting it, but I’m more tempted to play Resident Evil 3 remake, right now.

Comparing the first one to this is a mistake.

As great as 2016 Doom was this is showing how limited it was. 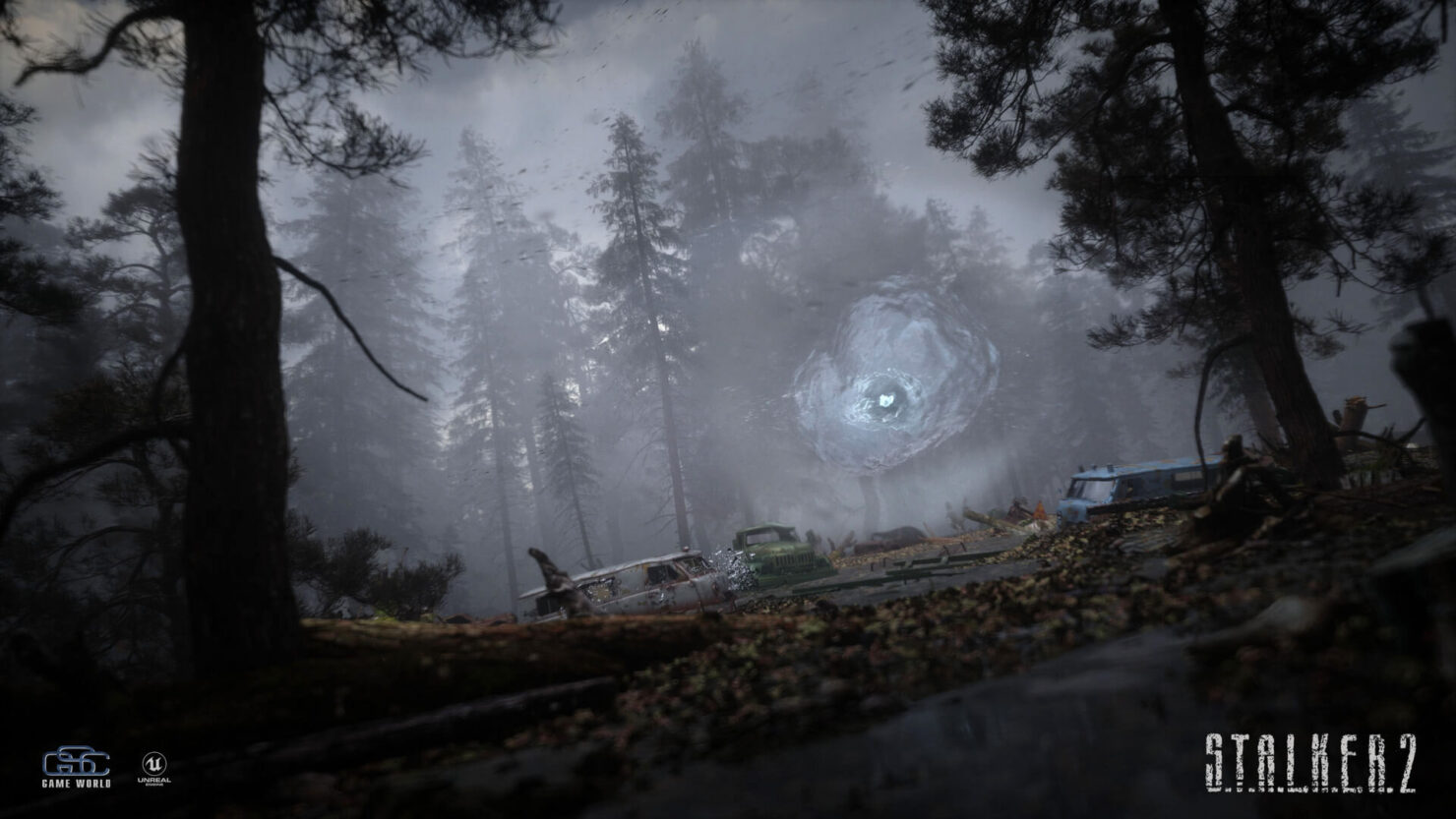 is it VR only?

Gonna borrow an Oculus Rift off a friend and play it though. This game is too good to be ignored.

Fuck VR lol, i can ignore it just fine.

If they want to ignore like 95% of their customers that's on them.

bring it on PS5 and make the game relevant

Valve want to popularise VR and also sell their own VR gear. That's the main goal of the game lol

@danyjr wrote:Valve want to popularise VR and also sell their own VR gear. That's the main goal of the game lol

Oh i fully understand why they're doing it, but no game is good enough for me to buy a VR headset for tbh.

VR's problem is motion sickness, and until they solve it, don't bother.

I have never gotten motion sickness from using VR.

Then again I haven't ever tried one for more than 20 minutes at a time.

I played that haunted theme park game in VR at my cousin’s place for about 30-60 minutes. Didn’t feel sick or uncomfortable, so I ordered my own VR set. Got sick after playing Skyrim for about 15 minutes, and it only got worse after that for some reason. I ultimately decided to ship it back and have it refunded. VR is fun, but I couldn’t enjoy it with how terrible it made me feel at times.

Certain stuff in VR causes motion sickness. I've read that's the reason why example in Alyx you can't jump. So the reason for VR to exist is immersion, yet games have to dance around the problems, and remove the immersive features. Gtfo with 10/10, without seeing 4/10 for me.

I don't have a switch and don't really plan on buying one, but my brother has it. Had gone over a couple times to enjoy it with him but I'm cutting that out for social distancing reasons. He's been loving it and I would play the shit out of it if I had a Switch, but I don't think it's worth it to me to buy one just for Animal Crossing.

AC was a huge game in my childhood. AC: Wild World was probably the best DS game I played next to Mario Kart DS, and the game I spent the most time on.

Until recently I had forgotten all about it. Have been reminded of the warm feelings and love I have for that series with it coming out on Switch and playing a bit myself. No other games quite like it, that's for sure.

I am very much tempted to go for another one in the series but I must resist my temptation and return to perform my duty at the earliest. As I said earlier I was dealt a very cruel hand by the destiny by taking away my family, friend and lover in a single blow.  I needed to take my mind off  after that or I else I would have lost it completely but now I must make my heart of stone and resume my journey. Journey for which I was borne, journey for which I was trained and journey for which I will live till eternity. For only this journey is all I have till I meet my fate.

Page 3 of 40
Permissions in this forum:
You cannot reply to topics in this forum
Latest topics
» The Official Real Madrid 21-22 Match Day Thread

Yesterday at 9:44 pm by Nishankly

Yesterday at 7:02 pm by LeVersacci

Yesterday at 6:56 pm by RealGunner