Some of the side quests in nier are awful.

Escorting this level 10 robot while being ganged by level 40 enemy constantly. Wtf is this shit

@M99 wrote:Hated Everybody's Gone To Rapture. There are a lot of other games in the genre which are miles better like What Remains Of Edith Finch, The Vanishing Of Ethan Carter, Brothers: A Tale Of Two Sons.

Would have Persona 5, Shadow Of The Colossus remake, Gravity Rush 2, Death Standing, inFamous SS and Ratchet & Clank over Rapture in the list. Although Death Stranding is coming out on PC soon so is Horizon and Detroit. FF7 Remake is a timed exclusive too.

Think the reason why Persona 5 isn't there is because it's also on PS3 lol.

Zero reason for Royal not to be there though, agree on Ratchet and Clank too.

Gonna start on DS3 after TLOU2. Will probably pick up DS1 after for sure.

3 million doesn't seem a lot tbh. Even shitty Unisoft games like Division 2 sold more than that.

@LeVersacci wrote:Gonna start on DS3 after TLOU2. Will probably pick up DS1 after for sure.

@LeVersacci wrote:Gonna start on DS3 after TLOU2. Will probably pick up DS1 after for sure. I remember playing Roll Away (known as Kula World in Europe) as a kid. Even then, I thought this was a demo game that just came in with the PlayStation console. It looked like something to showcase the 3 capabilities of a system while providing a unique, if ultimately lacking, gaming fix.

That wasn't a fair assessment then, as Roll Away is definitely more than a tech demo. Through pure mechanics, it is a very good Puzzle Platformer. However, it can get boring for any but the pure puzzle aficionados, as the game loses attraction quicker than most.

A ball rolling away in an infinite void doesn't need a story or a reason to exist, and the developers do not bother to provide anything. This was at the same time that each and every genre struggled to add in some form of story to their games.

Not Roll Away though, which took its purity as a Puzzle-Platformer to the extreme. You simply control a beach ball that goes through stages, collecting keys to unlock the exit and collecting fruits to access rave-inspired (visually) bonus stages.

Somehow, the game lacks any identity in its world design, but it never attempts to craft one in the first place. This extends to the soundtrack, which is a light techno-based electroforgettable set of tunes.

As a pure Puzzle-Platformer, Roll Away doesn't' need to concern itself with the normal rules of game world design, but this might explain a little why the game becomes a little boring after an extended playthrough. It simply lacks any additional charm to support its gameplay

The lack of any extra factors to support the gameplay is a shame because, in terms of pure mechanics, the game would probably satisfy a lot of genre fans.

Each stage has a number of keys you must collect to open-up the exit as well as a bonus fruit and score adding coins. Adding a sense of urgency to the whole ordeal and classifying the game as Platformer is the fact that each stage is timed, which sometimes twitch reactions and swift platforming action to succeed at a level.

Levels are set up like a cube in space. As you go towards the edge of the cube, the ball continues into the next surface while the entire level rotates making that surface the top plane. This is the central mechanic of the game and one that most other tricks are built upon.

The game does a very good job of introducing the many implications of this mechanic in an organic way, through its progressive level design. Let me share a simple example of how this trick works. Sometimes, the goal is far away in the distance and you cannot jump to it. However, in your block, you can rotate around to change the perspective so that the goal is not below you instead of parallel. As such, you can simply jump to drop the massive distance you couldn't traditionally jump over before.

With this central, 3D perspective mechanic in place, the game then introduces several complicating factors into the mix. For example, slippery surfaces, spikes, springs, heated surfaces, breakable blocks, and more. Each twist is usually used for around 5 or 10 stages, but some are retained for a longer time and combined with other tricks.

Generally, I found that each stage can take less than three minutes to finish. However, later stages are longer, taking more time and become more tedious. That's especially the case when time is the central factor in the stage, as you feel the game is designed around failing several times before you find the correct perspective.

Eventually, I realized I had the ability to finish every stage but found that I had little fun in actually doing that. Puzzles became less mind-bending and instead required a formulaic platforming approach that is more trial-and-error than critical thinking.

Roll Away is a good Puzzle Platformer that would be considered a decent indie-hit today. Yet, it lacked the drive to pull me towards playing more of it despite its solid mechanics. It may not be a tech-demo for the PS1 (releasing nearly 3 years after the release of the PS1) but it sure feels like it.

"Tips"
1-Collect fruits in levels to access the bonus stages.
2-Sometimes, you will need to get the fruit before getting the final key in a level.
3-Use the R1 button to peak down cliff edges.
4-Learn how many blocks each mechanics moves you.

Originally, I was supposed to play and review Vanark: Astral Troppers before reviewing this game. However, I couldn't find any working version of Vanark, which is a little-known PS1 game that doesn't even have a Wikipedia page.

Next on the list is Wild 9 at #92, which is a Platformer that is somewhat related to the Earthworm Jim franchise. 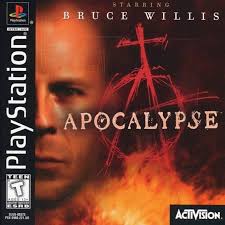 This game is a really fast paced parody of "Die Hard", the fifth element and the apocalyptical riders. I'm surprised there're no similar game to this days. the controls are unique. It is still well playable through the emulator epsexe or the original playstation console.
https://www.youtube.com/watch?v=u26riQFXOWU

Anyone played Green Hell survival game? Watched Twitch-stream last night and looked interesting, might even pick it up.

I am really into Nier now but running out of time. Should i play TLOU2 later and complete Nier first?

obviously finish what you're playing

I agree with Firenze, but that would go against the GL norm. Switch to TLOU, then switch to Ghost of Tsushima and complain about how you never finished any of them, but it wasn’t your fault, a year from now

EA Play conference about to begin

@Thimmy wrote:I agree with Firenze, but that would go against the GL norm. Switch to TLOU, then switch to Ghost of Tsushima and complain about how you never finished any of them, but it wasn’t your fault, a year from now

Switching to better games doesn't seem like a bad idea

EA Play conference about to begin

Absolute waste of time. Should have slept early instead.

it's EA, was about as exciting as expected

They showed this three pics from Dragon Age 4, probably won't be released until late 2022.

The way Bioware has been going past few years i'm not expecting much from them though. 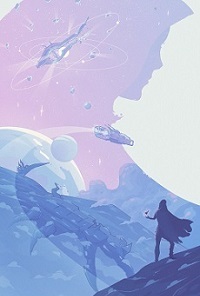 They've got pre-orders up for FIFA 21 despite having shown no game play or features.

EA and Ubisoft, big corporations, have no shame and why would they. I bet you there are thousands who have already pre-ordered Valhalla and FIFA 21.

Guys can someone summarise one thing for me.

I am not adept in such info at all now I know Sony will likely have better games as usual but the more powerful specs of Xbox may be something to consider, no?

Especially when devs get a better handle of the engines.

@Arquitecto wrote:Guys can someone summarise one thing for me.

I am not adept in such info at all now I know Sony will likely have better games as usual but the more powerful specs of Xbox may be something to consider, no?

Especially when devs get a better handle of the engines.

The CPU is the same (Ryzen 3000, 8core/16threads, around 3GHz clock), the Graphics unit of Xbox has more units but less clock = consumes less power+runs cooler. The PS5 one has a very high clock with somewhat fewer units, consumes more power to achieve a similar result. 10%-20% less performance give it or take doesn't matter much. All in all, the majour difference will be that Xbox will run quieter, cooler and with less energy consumption. Everything else is marketing blabla. SSDs are nothing new. A super fast SSD will grant 1 second less loading time than a normal SSD which isn't noticable.
The unknown factor is RTX. The implementation for Xbox and PS5 isn't clear. I'd wait the reviews AND the first games with the feature. The feature noticably improves image quality, isn't a gimmick.

Anyone played the new hitman games? Been smashing them in my downtime and they're really fun imo

Seen you playing it lately. Never played Hitman before.

Do you need to play the other ones first?

Nah I barely touched the old ones because I was too impatient as a kid I think it's actually a reboot starting with the one in 2016.

The story isn't that important either really it's just great how you can approach every hit in so many different ways it's actually fun to play the same mission many times over.

You have the multiple set piece kills where you follow events, your own improvised ones and then for a challenge doing it old school with no disguises, no evidence and no non target kills.

I love them. The Mumbai mission in Hitman 2 is my favorite. Also if you don't have the DLC for Hitman 2, get em. The two levels that come with it are among the best of the franchise.

@LeVersacci, the 2016 Hitman was a reboot so you don't need to play the previous games. Although the older games were really fucking good too.

Page 20 of 40
Permissions in this forum:
You cannot reply to topics in this forum
Latest topics
» Cristiano Ronaldo is the GREATEST OF ALL TIME. Now Sit down and STFU