The Manchester City family are devastated to report the death today of Pep’s mother Dolors Sala Carrió in Manresa, Barcelona after contracting Corona Virus. She was 82-years-old .

@rincon wrote:The second that quarantine measures are relaxed people will flock out. So many here are even breaking quarantine already because they are tired of it and dpnt take seriously. Football included, once measures are taken off everyone will be all about it.


Idk, I don't think I'll be quite as comfortable at a restaurant or crowd for a while.

Sure, you wouldn't be as comfortable, but you're very informed about the risks of going out, you believe in science, and you're a smart individual.

I think that attendance would be very suppressed if measures were all of a sudden lifted (I don't think that the lifting of measures would occur in such a way anyway). However, I think we would see thousand if not tens of thousands of people head to an EPL match if it were suddenly available.
_________________
Beer and guns

If government says the restrictions are now lifted, it's because they consider low risk

League 1 and League 2 clubs have written to the English Football League about introducing a salary cap for next season:

League 1 and League 2 clubs are anticipating being behind closed doors until at least the new year, which would see their revenues reduced by half.

Just a glimpse into the challenges lower league clubs will face.

@Jay29 wrote:League 1 and League 2 clubs have written to the English Football League about introducing a salary cap for next season:

League 1 and League 2 clubs are anticipating being behind closed doors until at least the new year, which would see their revenues reduced by half.

Just a glimpse into the challenges lower league clubs will face.

I don't quite see how a salary cap would help? The Football League cannot cut players' wages whose contracts run into next season. And if a club thinks they will make little money next season, then they aren't going to offer much money to free agents / new signings anyway, salary cap or not.

If there cannot be crowds until 2021, how do smaller and lower leagues even start the next season? Take out loans to pay the salaries in the hope that crowds can come to stadiums at some point of the season? Sounds risky to me.

I just wonder are we heading for a "reset" if clubs have to either mutually terminate lots of contracts with their players or go in administration if players demand to get paid as per their contracts.

Innovation, that is what we should see for next year. We are already seeing buses, trains with every second seat with a sign saying not in use due to social distancing.

I don’t see why this can’t be used in stadiums plus controlled entry and exits, as is being done with most opened stores.

The issue you'd have there is enforcement. Football is too emotionally charged a game for people to sit still and not congregate in some way, unlike being on a bus or train. With stores you're comparing the controlled entry/exit of a couple hundred people with tens of thousands of people. Crowds on matchday are just inevitable, be it just outside the ground or down the road. Plus fans need to be searched before entering grounds as part of normal security protocols which inherently involves getting close.


Meanwhile, the Eredivise has been cancelled. No Champion, relegation or promotion. Clubs are getting European spaces based on their current positions, which is causing drama already because Ajax and AZ are joint top.

As I understand, it was all decided on an advisory vote involving the clubs in the top two divisions, but it's been a bit of a shit show. 16 voted for promotion/relegation, 9 voted against and 9 voted neutrally, but the KNVB counted the neutral votes as being "against" without informing the clubs. Yet PSV, Ajax and Feyenoord have apparently said they didn't vote? All seems like a massive clusterfuck. Clubs are already preparing lawsuits.

Then we have Mexico, who have decided to have no promotion/relegation for the next SIX seasons to safeguard second division clubs from going out of business. It seems they'll be financially compensated but it still looks like a drastic decision.

BREAKING: The Ligue 1 and Ligue 2 seasons are to be cancelled after French Prime Minister Edouard Philippe announced no sporting events, even those behind closed doors, could take place before September.

^ I wonder what the French decision means for PSG and Lyon who are still in the CL that UEFA intends to complete. If there are no exceptions then PSG and Lyon cannot play CL football in their home stadiums.

Should be interesting to learn what they do about relegation, the title and CL / EL places, too.

Is anyone actually really missing football?

Yeah, a lot actually. But only Barca, other teams dont particularly interest me apart from big games

I've watched some highlights here and there but its not the same as the anticipation for the next game every weekend.

The first weekend or so I did, but after that? Not really.

Not leaving my house in a month and a half I really want to go outside and do things. I cant imagine right now spending an entire saturday in Front of a tv watching sports when I have the choice again.

Not really, but then my interest was waning before everything stopped.

Arsenal have been shit this season.
Sevilla have been boring to watch this season despite having decent results.
PL title race has been a formality for ages.
La Liga title race is just Barca and Madrid again.
Bayern would have won the Bundesliga as usual.
PSG won Ligue 1 like usual.

And so on. Even though the CL threw up a great moment with Atleti knocking out Liverpool, it was still the same clubs as usual competing and none of them are must-watch teams.

I was kinda looking forward to the Euros but then France probably would have won so meh.


Lots. I'm spending all my time at home, would love to have football to watch. Also had tickets for the euro opening in Rome that I was really looking forward too.

This season in Serie A was super entertaining, miss it.

I didn't have any time for football since January because of side-studying, but it would've been nice to have now that I'm stuck home doing nothing
_________________

Polish Ekstraklasa will allow fans into stadiums from June 19

25% of all seats available 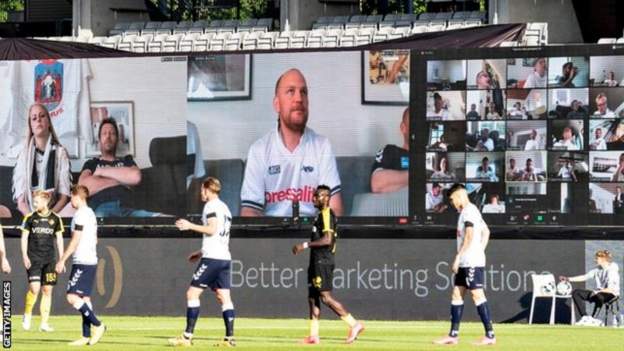 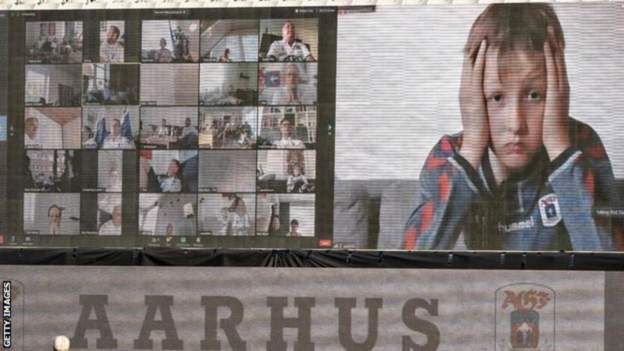 Now that futbol is about to resume, I’m looking for a ‘futbol’ forum. Do you know of any?

@futbol_bill wrote:Now that futbol is about to resume, I’m looking for a ‘futbol’ forum. Do you know of any?

@futbol_bill wrote: Now that futbol is about to resume, I’m looking for a ‘futbol’ forum. Do you know of any?


this is not a futbol forum?

Take a look at latest topics! There is ONE topic (out of 15) discussing futbol,

Page 12 of 14
Permissions in this forum:
You cannot reply to topics in this forum
Latest topics
» Political Correctness, LGBTQ, #meToo and other related topics